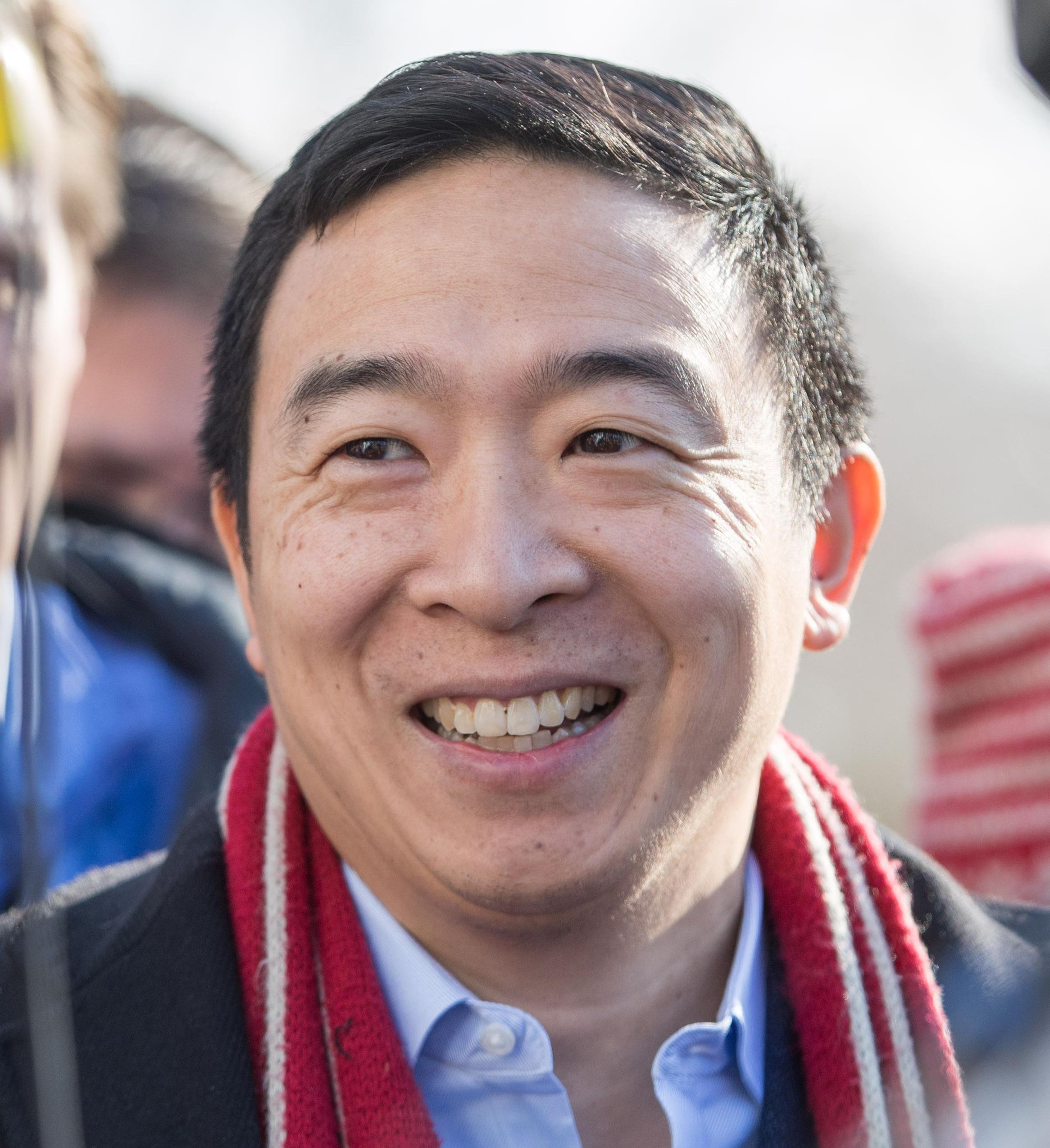 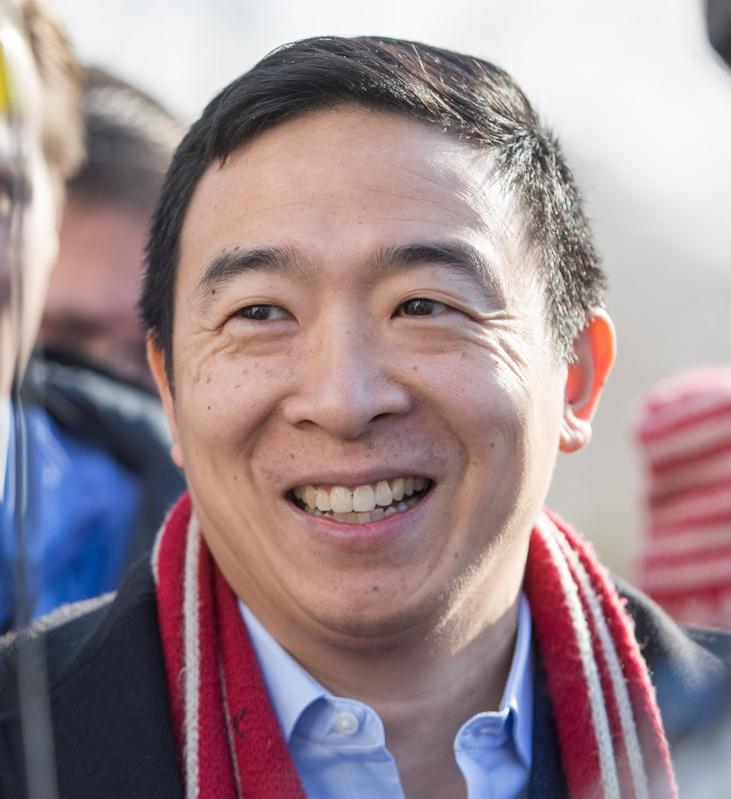 With countless proposals now for a $2,000 a month stimulus check, Andrew Yang proposed that you get $1,000 a month – forever.

When it comes to universal basic income, many people either think it’s innovative and transformational or unrealistic and expensive. Yang, a former 2020 presidential candidate, proposed universal basic income (UBI) – a form of social security that guarantees money to recipients – through what he called the “Freedom Dividend.” Given the slew of $2,000 a month stimulus check proposals, it’s worth revisiting Yang’s plan to understand the underlying reasons behind monthly support from the federal government. This review may help inform decision-makers (and the public) as they debate a possible second stimulus check or other forms of financial support in the wake of the COVID-19 pandemic. Notably, Yang’s UBI proposal came before Coronavirus and was not tied directly to an economic crisis or health pandemic. Under his plan:

While Yang did not create UBI, he advocated for UBI principally due to job losses stemming from automation. Universal basic income has been supported by everyone from Martin Luther King, Jr. and Bernie Sanders to Mark Zuckerberg and Elon Musk. Yang has said that with the advent of robots, self-driving cars and other technologies, our lives will improve. However, Yang believes that automation will cause one-third of all Americans to lose their job in the next 12 years. As a result of these job losses, Yang says, Americans could struggle to start a family, afford living costs or save for education or retirement. So, Yang believes that a “Freedom Dividend” would provide a guaranteed safety net to every American not to “live off the government”, but to have necessary funds to pay necessities, look for a job or start a business, for example.

How would Yang pay for universal basic income?

Any major social program – particularly a $1,000 a month check – may raise eyebrows among skeptics who highlight the exorbitant cost and express concerns about the federal deficit. Yang said he would pay for universal basic income through four sources of income:

Yang says that the U.S. already spends $500 to $600 billion a year on welfare programs. Under his plan, those who already receive benefits can choose to keep their current benefits or receive $1,000 a month, but could not receive both. With the extra income, Yang believes that more people could take care of themselves and avoid jails and hospitals, which further reduces taxpayer costs.

A value-added tax (VAT) is a consumption tax on a product or service. Yang estimates that a 10% VAT can generate $800 billion of annual revenue. However, there would be some exemptions, such as groceries and clothing. Yang does not believe that a VAT would cancel the positive impact from UBI.

When consumers have more money, Yang argues, they spend that money in the economy, particularly their local economy. This resulting economic growth can generate $800-$900 billion, according to Yang.

Yang would fund the remaining cost of the Freedom Dividend through a financial transactions tax, by ending favorable treatment for capital gains and carried interest, by removing the cap on Social Security, and through a carbon fee.

Yang has identified many of the common objections to UBI, and included explanations on his campaign website to make his case. According to Yang, here are a few:

Response: Yang says that $12,000 a year is not enough to live for a year, and therefore, people will need to work to earn an income. Yang also says that UBI will fuel entrepreneurship and job creation because people will be willing to take more risks knowing they have some guaranteed financial cushion on which to rely.

Objection: Why does everyone get $1,000 a month? Can’t we save money by excluding “rich people?”

Response: Yang said that UBI will help erase the stigma of taking government benefits because everyone receives them. Also, he believes that if UBI is funded through a VAT, “rich people” likely would pay more through a VAT than they would receive through UBI.

Response: Yang says employers are already paying employees less to complete more work. Yang believes that UBI can increase bargaining power for workers because they have a financial cushion and potentially can afford to be more selective about the work they choose and the wages they accept.

Whether you fully support universal basic income, a second stimulus check or a temporary monthly stipend, or you strongly believe that any of these financial proposals are unrealistic and cost prohibitive, it’s helpful to understand the facts and rationale underlying them so that you can make an informed decision about which proposals, if any, you would support.

Proposal: You get a $2,000 stimulus check every month

Should you pay off student loans during COVID-19?

15 most popular questions about student loans and Coronavirus

Proposal: Cancel rent and mortgages due to Coronavirus

How to pay your student loans during Coronavirus

How to get financial relief for your student loans during Coronavirus

5 ways to lower your student loan payments during Coronavirus

News DSMW - July 24, 2021
0
Though Warner Bros. and DC Entertainment’s been hard at work developing stories featuring some markedly different incarnations of Superman, the comics publisher’s ongoing “Warworld Rising” arc is trying to get at the essence of the original Man of Steel at a time when he’s reevaluating what kind of presence he wants…Read...

More Than 130 People Dead in India After Monsoon Rains Lead to Flooding and...

News DSMW - July 24, 2021
0
At least 136 people have died and more than 90,000 have been evacuated in the Indian state of Maharashtra after monsoon rains buffeted the area this week, resulting in devastating landslides and flooding, authorities told CNN on Saturday.Read more......

The Music Scene in This Brooklyn Neighborhood Is Here to Stay

DSMW - July 24, 2021
0
During the city’s lockdown, porch concerts in Ditmas Park began as a way to unite artists. These events, along with new series and festivals, have transformed this quiet area into an arts hub. ...
MORE STORIES

More Than 130 People Dead in India After Monsoon Rains Lead...

The Music Scene in This Brooklyn Neighborhood Is Here to Stay