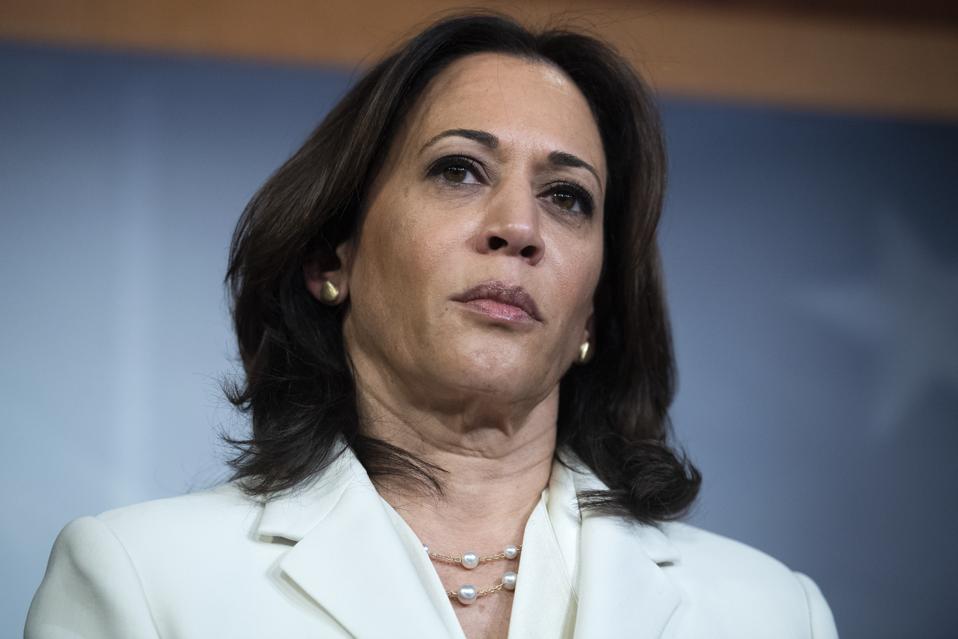 A $2,000 a month stimulus check is not going to happen. Let’s stop kidding ourselves.

Proposals for recurring $2,000 stimulus checks simply won’t go away; however, if you cut through all the noise, there’s one simple reason why the odds of such a plan materializing are miniscule: the cost.

Recurring $2,000 stimulus checks were vogue over the past few months. Despite being conspicuously absent from the HEROES Act passed by the House in May, they are continuously cropping up in news stories and keep making headlines. Most recently, a Senate bill introduced by Kamala Harris, Bernie Sanders, and Ed Markey, the Monthly Economic Crisis Support Act, has resurfaced. The bill would offer up $2,000 a month payments for qualifying individuals, with families able to receive up to $10,000 per month.

Last week, Senator Harris accepted a Change.org petition, which was signed by 1.2 million individuals who supported the proposal, and said she plans to circulate it with others in Congress. On Tuesday, she renewed her call for the recurring stimulus payments. “Our economy is now in a recession, stemming from a public health crisis with no end in sight,” Harris tweeted. “We need bold policies if we’re going to get through this crisis. That’s why I’m proposing $2,000 monthly payments for the duration of the pandemic.”

While it may play well to a progressive base and in headlines, it’s a futile proposal. Here’s why.

The Cost Of Recurring Stimulus Checks Is Astronomical:

Simply put, the price tag could run higher than $5.7 trillion.

The Institute On Taxation And Economic Policy (ITEP) conducted an analysis of Senator Harris, Sanders, and Markey’s proposal and found that it would dwarf the cost of stimulus checks under the CARES Act. ITEP’s simulation calculated that under the senators’ proposal, recurring $2,000 stimulus checks for 10 months would cost close to $5.7 trillion. The average household would receive $35,180 over the course of the ten months. By comparison, the CARES Act stimulus checks – $1,200 for qualifying individuals and $500 for qualifying dependents – cost “only” $268 billion, with the average household receiving $1,670. 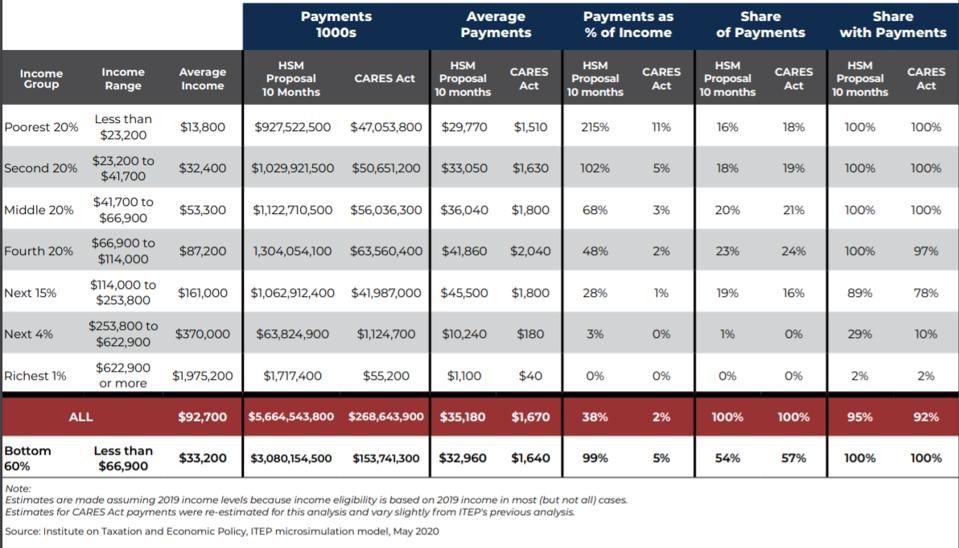 Another useful comparison is the cost of the second round of $1,200 stimulus checks that were included in the HEROES ACT passed by the House of Representatives. The non-partisan Joint Committee on Taxation estimated that the HEROES Act second stimulus check proposal would cost $413 billion. This would be more than the CARES Act, but less than one month’s worth of the Monthly Economic Crisis Support Act costs (the reason the HEREOS Act stimulus checks cost more is because of they offer more money for qualifying dependents, expand the definition of qualifying dependents, and allowing individuals with individual tax identification numbers (ITIN) as opposed to just social security numbers (SSN) to receive payments).

Finally, the Congressional Budget Office recently came out with a scoring of the entire HEROES Act, which it estimated would cost $3.5 trillion. Funding a $2,000 a month check could have doubled or almost tripled the entire cost of the House bill.

Andrew Yang, who had championed a universal basic income while running for president, spoke in support during an appearance The Appeal’s webcast. “Our problems have accelerated, where we’ve experienced 10 years’ worth of displacement in 10 weeks,” he remarked. “But we have a real chance here to alleviate poverty.”

Kamala Harris also defended the cost of the $2,000 a month stimulus check proposal. “The CARES Act gave Americans an important one-time payment, but it’s clear that wasn’t nearly enough to meet the needs of this historic crisis,” said Harris. “Bills will continue to come in every single month during the pandemic and so should help from government.”

She also took another line of attack to defend the cost, juxtaposing it with giveaways in the CARES Act for the wealthy. “One of the things, first of all, that I find tiring is those who want to suggest, ‘Oh, this is a lot of money,’ when they’re the same people who passed a tax bill benefiting the top 1% and the biggest corporations of America and are going to cause us to face a $1 trillion deficit as a result of it,” she argued.

Yes, there was pork for the rich buried in the CARES ACT, but it didn’t approach the staggering cost of a recurring $2,000 stimulus check. For example, Republicans sneaked a suspension of pass-through limitations into the CARES Act that overwhelmingly benefit 43,000 millionaires; however, the cost of this was $90 billion in 2020 and $170 billion over the next ten years. While Harris is not wrong that a lot of initiatives benefiting the wealthy were passed, she is misreading the political tea leaves on the $2,000 per month proposal (perhaps she’s more concerned about reading the vice presidential nominee tea leaves?).

Republicans mocked the HEROES Act because of its estimated $3 trillion price tag, calling it dead on arrival in the Senate. The cost of a bill including an open-ended $2,000 a month stimulus check proposal would have provided political fodder for Republicans and their base and reinforced a narrative that Democrats are profligate spenders.

Moreover, Senate Majority Leader Mitch McConnell has stressed that the next coronvirus relief package will be narrowly focused and much smaller than the CARES Act. McConnell told President Trump recently that the bill cannot exceed $1 trillion. While this might be a negotiation tactic, it is hard to imagine a scenario that a relief bill passes costing more than a few trillion dollars, let alone the $3.3 to $5.7 trillion needed to support a $2,000 per month stimulus check.

Finally, Republicans continue to be dead set against a second round of $1,200 stimulus checks. Senator Mitt Romney (R – Utah), said he thought passing even another round of one-time $1,200 stimulus checks was “unlikely” because of the cost. “I think it’s important for us to consider how we’re going to pay for all this and specifically how we’re going to deal with the structural deficit we have that adds a trillion to the debt every year. I hope that’s part of the next package,” he said.

Sorry, Republicans Refuse To Budge On Second Round Of Stimulus Checks

A Glimmer Of Hope Emerges For A Second Stimulus Check