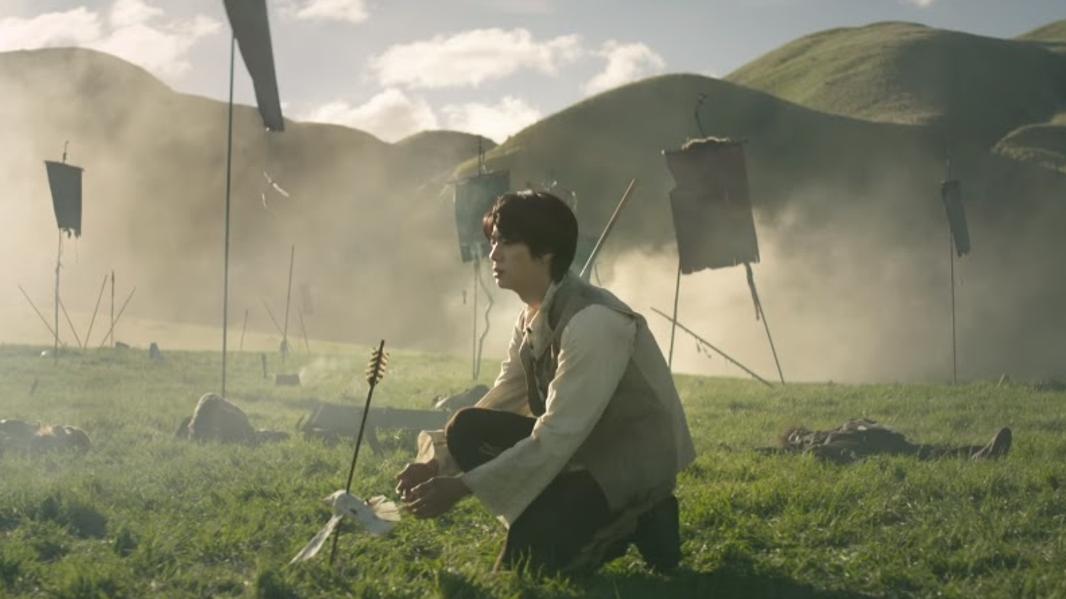 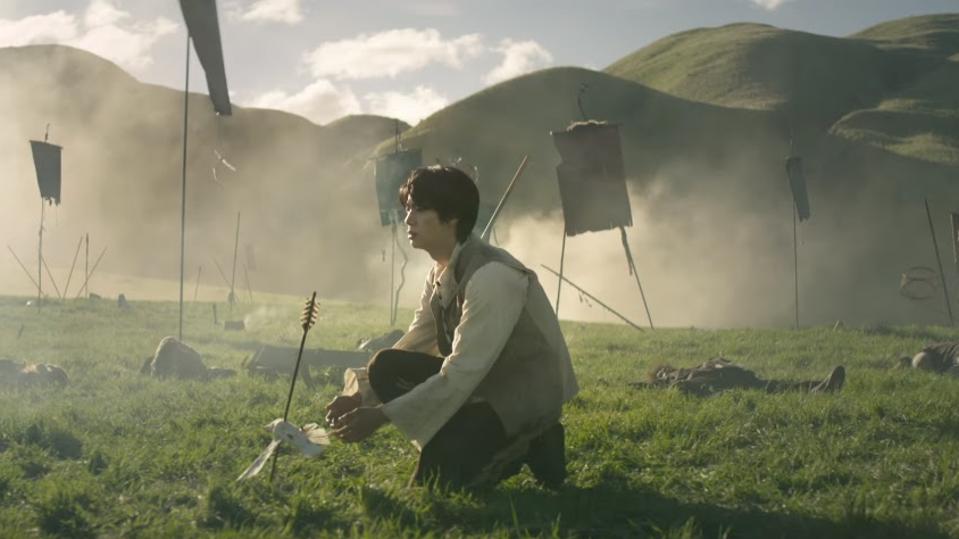 Still from the “ON” music video by BTS

Today, the K-Pop sensation BTS released their latest music video for ‘ON.’ While the music video is being reported on for its clicks (it reached 10m views in just one hour, breaking a new world record for YouTube views), there’s more to it than that. From the band that brought hilarious anecdotes for their carpool karaoke, this music video signals a shift in their aesthetic; it’s more than just cute boys doing a dance routine. This music video seemingly has more depth.

It also has a ton of movie references, from Lord of the Rings to the Lion King. But don’t be fooled, this is no Disney replay or Hollywood photocopy. Just as this new ‘ON’ music video taps into the band’s gradual maturity as artists, there are age-old symbols found here. Here are eight references that taps into some of the symbolism and artistry from the music video, whether it’s mountain cliffs, doves or blindedfolded children.

Lord of the Rings

Question: Is this BTS music video, or are we in Middle Earth? Some of the dewy, daylit scenery calls to mind a scene right out of a J.R.R. Tolkien novel. Especially the scene at the beginning, capturing what feels like a sunrise, it’s too easy to draw a parallel between ‘ON’ and let’s say, the Hobbit, which was shot in New Zealand.

In 2005, the famed New York art duo Christo and Jeanne Claude created an artwork where they installed over 7,000 orange flags (they call the piece, The Gates) across Central Park in New York. Each one traced the path around the park, but from afar, looked like randomly-placed flags between trees, similar to the scenery in the BTS music video.

Narnia might not be like The Hobbit or Harry Potter, but it sure has it’s fanbase. The Chronicles of Narnia, the novel series by C.S. Lewis, which has seven books in total, was later made into a feature film in 2005. Just as the story goes, a secret door opens up to a magical, fantastical world, BTS have found a way to transport fans into an otherworldly sequence in this music video, which feels like world’s away from reality.

Among the picturesque landscape, there are trees that are twisted and not unlike curly fries. It could be a reference to the Dancing Forest, a real, actual forest in the Kaliningrad region of Russia. Nobody knows why the trees all bend at their roots in this region, but some are spooked. It’s what some call pine trees doing the twist. 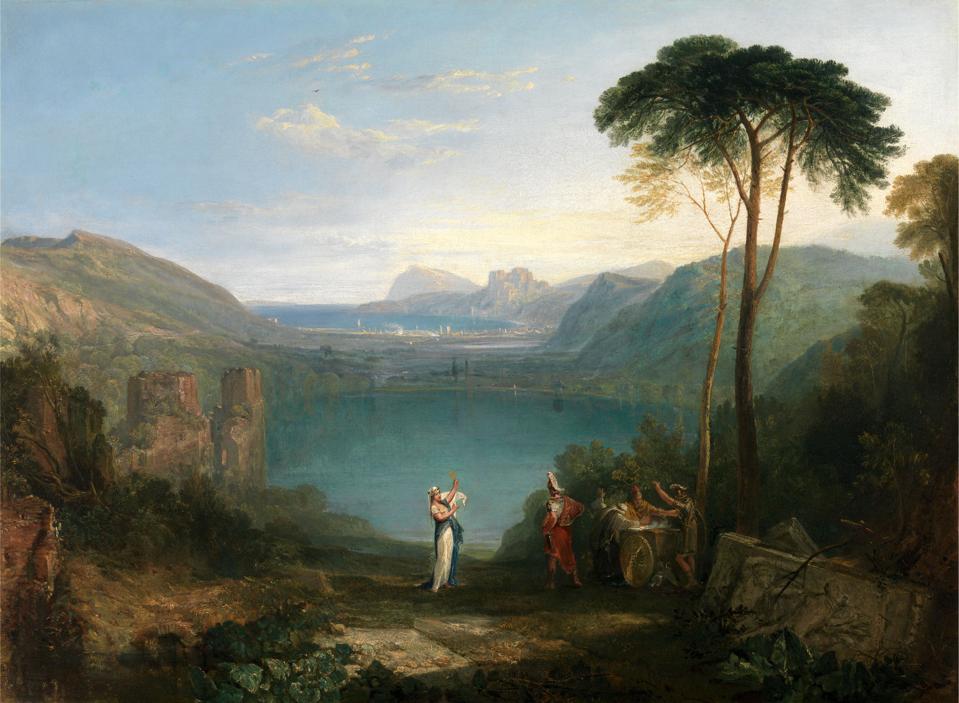 Joseph Mallord William Turner was a British painter who lived between 1775 and 1851. Though many might not realize, but a lot of the landscapes that films draw from today can easily date back to Turner’s stunning landscapes. They all have something in common, besides their serenity and Victorian charm. They show the environment without pollution, for one. SEcondly, they all capture an emotive quality due to a central light source, which feels spiritual. Some have also observed the landscape in the BTS music video strikes a similarity to the scenery in the Maze Runner film. As Turner once said: “It is only when we are no longer fearful that we begin to create.” He also once said: “Light is therefore color.” 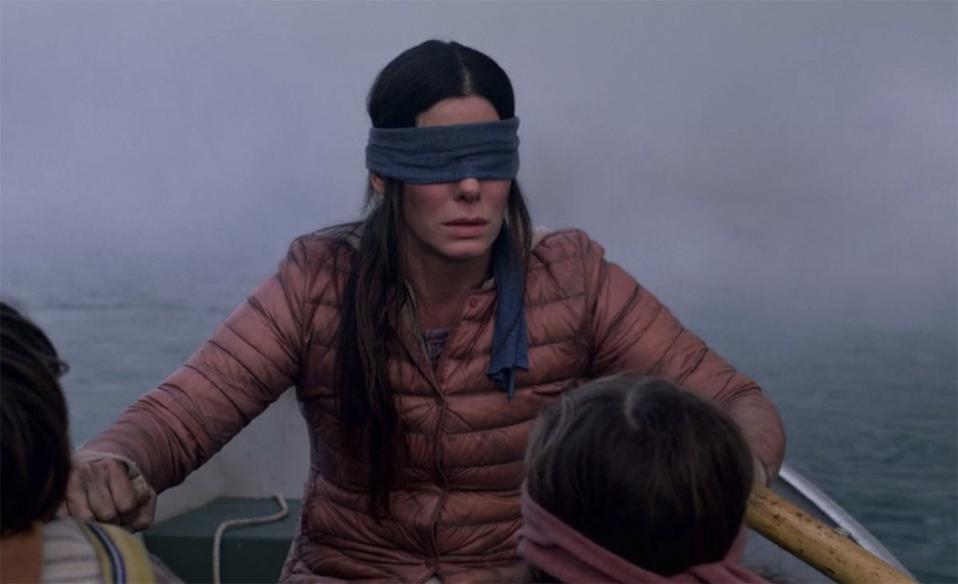 In one part of the music video, V guides a blindfolded girl to safety. It strikes a similarity to last year’s Bird Box film, starring Sandra Bullock, which is a thriller (a far different tone from this self-realizing music video, for example).

Some of the Twitteratti have observed certain Christ-like figures in the film, even some Noah’s Ark-esque backdrops. But a closer look at Ridley Scott’s 1982 movie Blade Runner draws a parallel to the music video, where a dove is freed into nature. In the film (a far darker, futuristic aesthetic, mind you), charachter Roy Batty lets a dove free, which is a symbol of compassion, mercy and humanity in the film, as Roy’s soul rises into heaven. Some say that the dove is a symbol of the soul, or the soul’s spirit, which need to be set free. Could it be a tie-into the band’s new album? It is titled “Map of the Soul: 7.”

The cliff the band walk up at the end of the music video is remind a lot of people of The Lion King scene, citing the circle of life. Some others have also observed that the presence of animals in the music video draws a parallel to Noah’s Ark, citing the shipwreck scene alongside a giraffe. The end is the beginning is the end, perhaps? It’s worth another play, now.