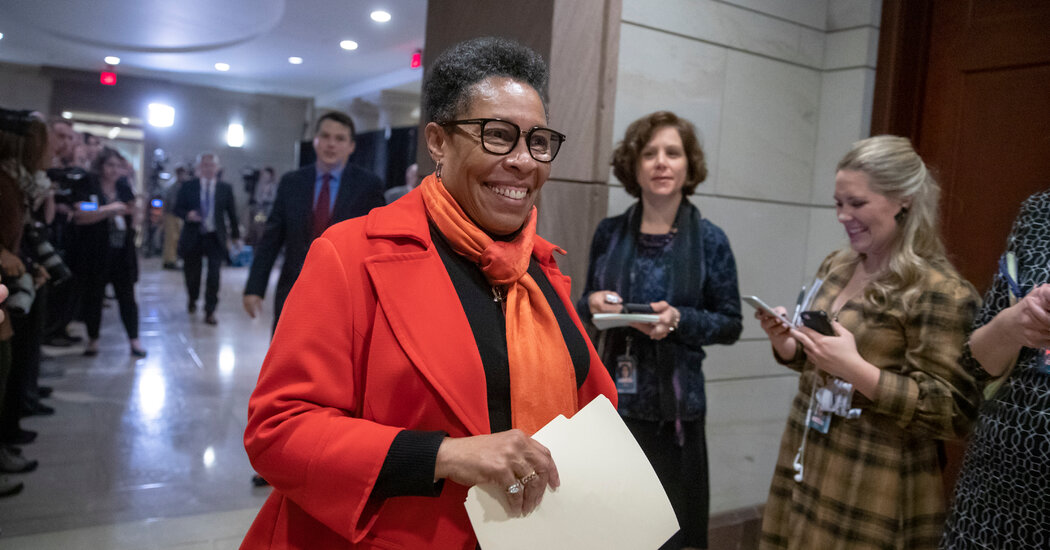 An unlikely fight is breaking out over President-elect Joseph R. Biden Jr.’s choice for agriculture secretary, pitting a powerful Black lawmaker who wants to refocus the Agriculture Department on hunger against traditionalists who believe the department should be a voice for rural America.

Representative James E. Clyburn of South Carolina, the highest-ranking Black member of Congress and perhaps Mr. Biden’s most important supporter in the Democratic primary, is making an all-out case for Representative Marcia L. Fudge of Ohio, an African-American Democrat from Ohio.

Mr. Clyburn, whose endorsement of Mr. Biden before the South Carolina primary helped turn the tide for the former vice president’s nomination, has spoken to him on the phone about Ms. Fudge as recently as this week. The lawmaker has also lobbied for her with two of the president-elect’s closest advisers and discussed the matter with Speaker Nancy Pelosi.

“I feel very strongly,” Mr. Clyburn said in an interview on Wednesday about Ms. Fudge, who leads the nutrition and oversight subcommittee on the House Agriculture Committee.

“It’s time for Democrats to treat the Department of Agriculture as the kind of department it purports to be,” he added, noting that much of the budget “deals with consumer issues and nutrition and things that affect people’s day-to-day lives.”

But there are complications. Two of Mr. Biden’s farm-state allies are also being discussed for the job: Heidi Heitkamp, a former senator from North Dakota, and Tom Vilsack, the former Iowa governor who served as agriculture secretary for President Barack Obama.

The delicate proxy clash over the post, which is usually not as coveted as more high-profile cabinet positions, has pitted Democrats eager to emphasize issues like hunger and nutrition against more traditional members of the party who believe the department should represent rural America. The sprawling agency oversees farm policy, the Forest Service, food safety and animal health, but also the food stamp program, nutrition services, rural housing and rural development.

More broadly, the debate illustrates the challenge Mr. Biden faces as he builds his administration. Every appointment he makes interlocks with others, and if he does not select a diverse candidate for one position it becomes more likely he will for other posts.

The Agriculture job specifically is pinching Mr. Biden between two of his central campaign themes, which he repeated in plain terms this month in his victory speech: that he owes a special debt to African-American voters, and that he wants to be a president for all Americans, including those who didn’t vote for him.

And nowhere did Mr. Biden fare worse than in rural America, particularly the most heavily white parts of the farm belt.

“This is a choice that only Joe Biden can make, and he will make it understanding the unique challenges of rural America and what needs to happen in rural America moving forward,” said Ms. Heitkamp, a moderate who was defeated in 2018 after serving as attorney general and then senator in one of the most sparsely populated states in the country.

Recalling her campaign efforts on behalf of Mr. Biden’s “great rural plan,” Ms. Heitkamp predicted the president-elect would “pick the person who can implement that rural plan.”

Mr. Clyburn, though, said the Agriculture Department had for too long seemed “to favor big farming interests” over less wealthy people, whether they be “little farmers in Clarendon County, S.C., or food stamp recipients in Cleveland, Ohio,” Ms. Fudge’s hometown.

Mr. Clyburn did not mention Ms. Heitkamp, but he bridled at the prospect of Mr. Vilsack reclaiming the department he had led for all eight years of the Obama administration.

Mr. Vilsack did not respond in kind. He said he had “all the respect in the world for Representative Clyburn” and that he had learned from him.

The former Iowa governor, who with his wife was an early supporter of Mr. Biden in his first campaign for president and again this year, said he was not angling for the agriculture job but was careful not to disclaim interest in the position.

“If there’s something I can do to help the country, fine,” Mr. Vilsack said. “But the president-elect makes that decision.”

When he does, he will be fully aware of where one of his most prominent supporters stands.

In addition to his conversations with Mr. Biden, Mr. Clyburn has reached out to Steve Ricchetti, who will serve as a counselor in the White House, and Ted Kaufman, Mr. Biden’s longest-serving adviser and former chief of staff.

House Democratic leaders are sensitive to creating vacancies in the chamber, even in safe districts like Ms. Fudge’s, given their slender majority. Gov. Mike DeWine of Ohio, a Republican, might not schedule a quick special election to replace her. But Mr. Clyburn said he was hopeful from his conversation with Ms. Pelosi that she “would greenlight” Ms. Fudge.

Drew Hammill, a spokesman for Ms. Pelosi, declined to comment on the discussion. But he signaled that the speaker, who appointed Ms. Fudge as the chairwoman of a subcommittee two years ago to defuse a potential rivalry for the speakership, would not object to her departure.

“The speaker wants the full contribution of House Democrats to the Biden-Harris mandate and to the future represented in the administration,” Mr. Hammill said.

Like other positions, the Agriculture Department decision could be settled by finding an alternate post elsewhere in the administration for whoever is passed over.

A spokesman for Mr. Biden’s transition declined to comment on the appointment but said the president-elect was “prioritizing diversity of ideology and background as he builds a team of experts that looks like America to serve in his administration.”

Ms. Fudge, though, has other important advocates, including Senator Sherrod Brown, Democrat of Ohio, who said he had made the case for her “with four or five top Biden transition people.” Her colleagues on the House Agriculture Committee have also been supportive.

“It is time for a hunger advocate to lead the Department of Agriculture, and nobody could lead the agency better than Marcia Fudge,” said Representative Filemon Vela, Democrat of Texas.

Most significant, though, are three Black House Democrats who are close to one another and Ms. Fudge. The group includes Mr. Clyburn, Representative Bennie Thompson of Mississippi and Representative Cedric Richmond of Louisiana, who is leaving Congress to become a senior adviser in the White House.

As for Mr. Biden, Mr. Clyburn said, “he likes Fudge a whole lot.”

Recounting his conversation with the president-elect, the congressman said he wanted to let him make the decision. “I just told him I thought she’d be a very good candidate and help refocus what the department is all about.”