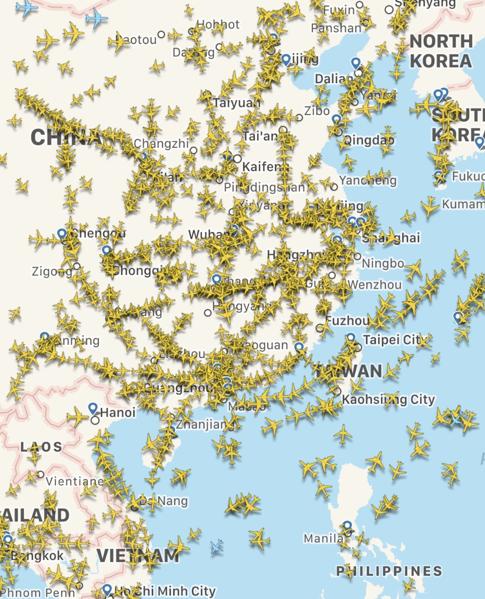 For anyone looking for some positive headlines regarding the most talked about topic online, they may seem few and far between.

Just one new case of COVID-19 was reported on Monday this week in China domestically as parks restaurants and even domestic tourism begins to recover. 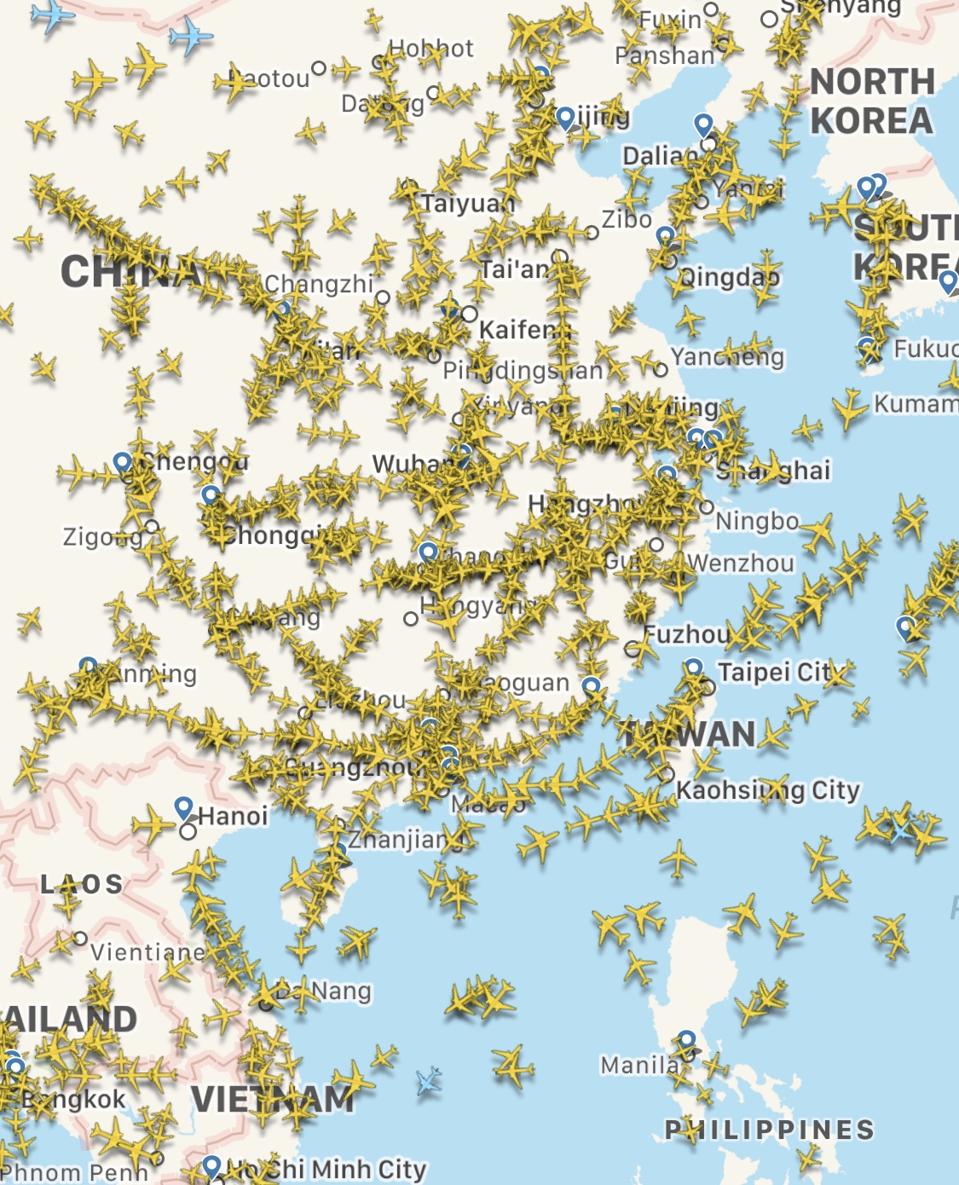 Today’s current flight radar of aviation over China. China, which was the centre of the outbreak, … [+] life is also returning to relative normality. Air China are even operating a daily scheduled flight from Beijing to London Heathrow again.

I recently wrote about how life in Hong Kong and Singapore is continuing with a large amount of relative normality compared to the lockdown situations being experienced in Europe and the U.S.

In nearby China, which was the centre of the outbreak, life is also returning to relative normality. Air China is even operating a daily scheduled flight from Beijing to London Heathrow again. 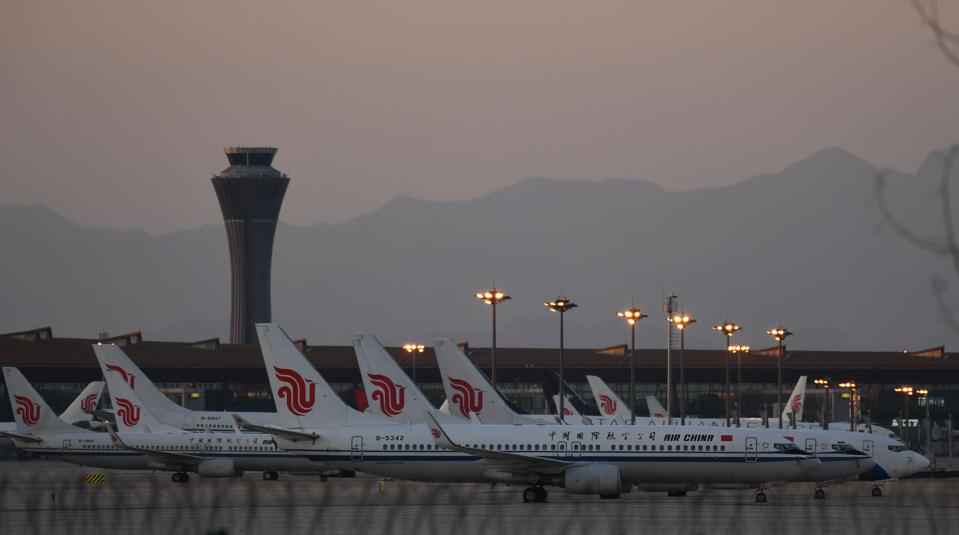 The last temporary Coronavirus hospital has now closed in Hubei province as there are not enough new cases to justify keeping them open.

Rates of new infections of COVID-19 continue to decline in China from data released by the World Health Organization and the Chinese government.

Restrictions on movement and travel are tentatively being relaxed now in China as life begins to return to normal. 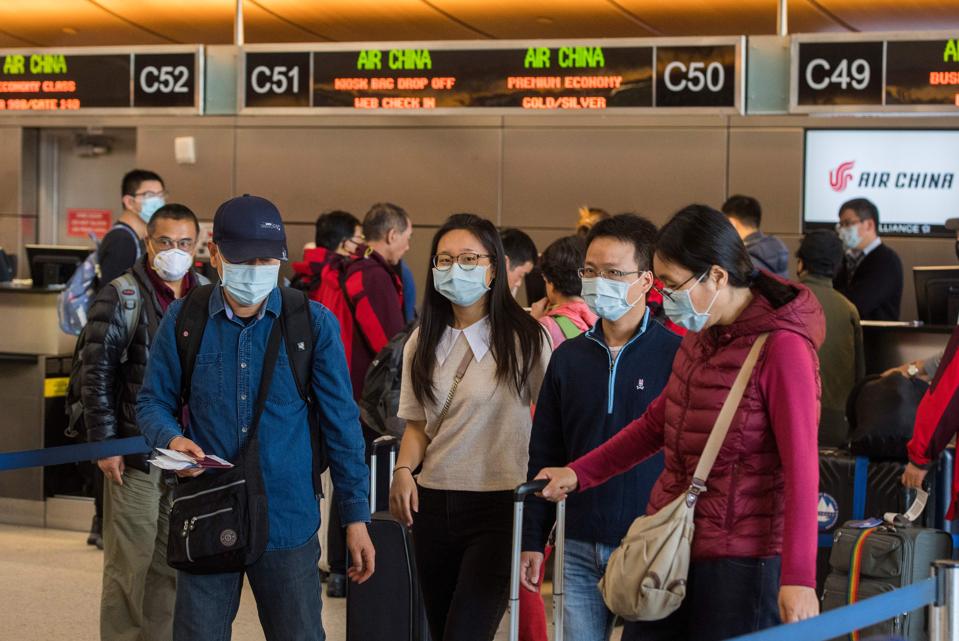 Chinese citizens wear face masks to protect against the spread of the Coronavirus as they check in … [+] to their Air China flight to Beijing, at Los Angeles International Airport, California, on February 2, 2020. – The US has declared a public health emergency and starting today February 2, is temporarily banning the entry of foreign nationals who had traveled to China over the past two weeks to contain the spread of a deadly new virus. In addition, any US citizen returning from Hubei, the province at the center of the outbreak, will be subject to a 14-day mandatory quarantine in a facility. (Photo by Mark RALSTON / AFP) (Photo by MARK RALSTON/AFP via Getty Images)

Apple has reopened all of their 42 mainland China stores having previously shuttered them as the virus spread rapidly.

The consensus is that the worst has passed in China and after two months of widespread quarantine people are able to catch up with friends again.

The central province of Hubei where Wuhan is located was the epicentre of the virus and even their airports are starting to prepare to reopen.

Beijing and Shanghai airports are beginning to get back towards regular domestic capacity. 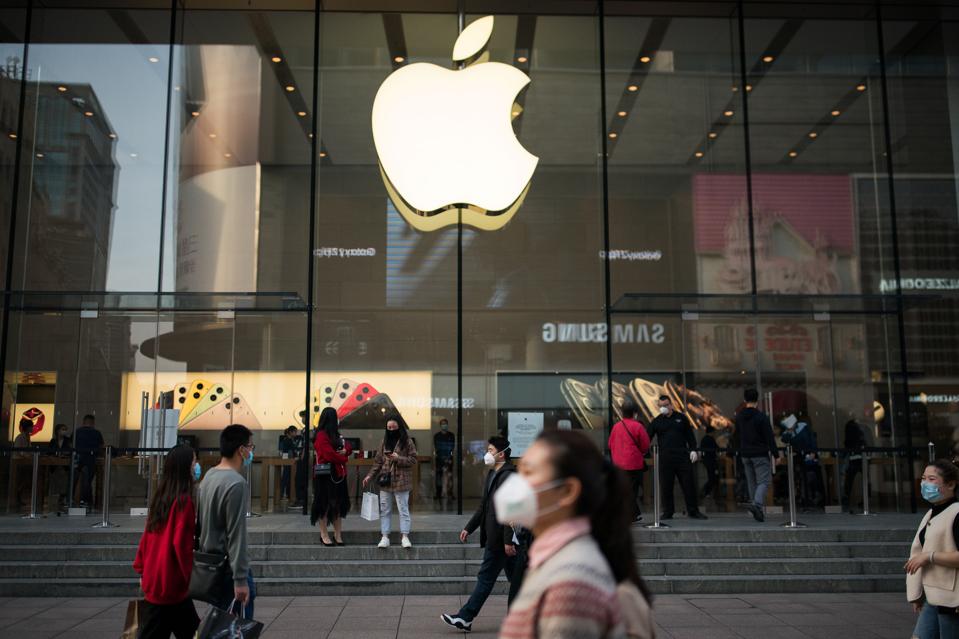 SHANGHAI, CHINA – MARCH 17: Pedestrians wearing protective masks walk past a Apple Inc. store on … [+] March 17, 2020 in Shanghai, China. Health authorities of China said the country has passed the peak of the COVID-19 epidemic on March 12. Since the outbreak began in December last year, the novel coronavirus (COVID-19) has infected more than 185,000 people and killed over 7,400 globally. The World Health Organization (WHO) declared the rapidly spreading coronavirus outbreak a pandemic on March 11. (Photo by Yifan Ding/Getty Images)

Numbers from China’s Centre for Disease Control and Prevention say that 69,000 of 81,000 cases have already been discharged in the country and 13 out of 34  provinces have cleared their remaining cases.

Educational institutions are now allowed to resume classes this month in areas of “low risk of infection” including Tibet, Guizhou, Qinghai and Xinjiang.

The arrivals board for Beijing airport still shows large amounts of canceled international flights but some flights are operating to destinations including Seoul, Osaka, London and Dubai. 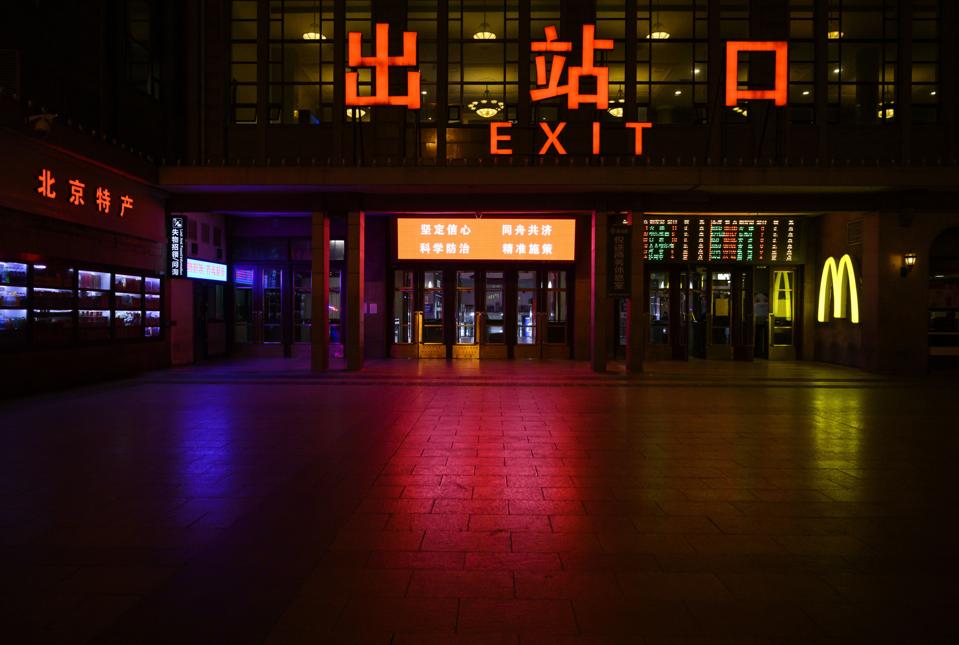 BEIJING, CHINA – MARCH 14: The train arrivals area of the usually busy Beijing Station is seen … [+] during the rush hours on March 14, 2020 in Beijing, China. In Beijing, the normally bustling capital, daily life has fallen into a rhythm of social distancing that is widely accepted as ‘the new norm’ after two months of restrictions to stop the disease from spreading. Millions of people are still working from home, schools and entertainment venues remain closed, and even commutes on some public transit need to be pre-booked to control crowds. At the same time, China has been grappling with how to restart and revive the world’s second largest economy without triggering another wave of infections, especially in the home of the country’s political leadership. So, while the cautious return of economic activity in Beijing has meant more road traffic and street life during the day, evening brings a return to the familiar quiet anxiety that has defined China’s efforts to contain the virus. After sunset, a majority of people avoid mingling or limit their interactions, and largely retreat to home. Retail stores follow reduced hours of operation, restaurants limit the number of people who can dine, and large gatherings are still banned. Residential areas have controls in place to restrict entry, and tighter quarantine rules require people returning to Beijing from other cities or countries to abide by a 14-day isolation period that is monitored and enforced. Authorities are sensitive to so-called ‘imported cases’ of the coronavirus with nearly 81,000 cases of COVID-19 in China and more than 3200 deaths, mostly in and around the city of Wuhan, in central Hubei province, where the outbreak first started. (Photo by Kevin Frayer/Getty Images)

However, the effects on livelihoods could last for many years, with lots of businesses facing bankruptcy in the period of quarantine. Unemployment in China jumped to 6% and economic output in one of the worlds fastest economies was at its lowest level since 1998 according to China’s National Bureau of Statistics.

It may be too early to do a victory lap just yet, but for anyone around the world looking for signs of positivity and hope, Asia would be a good place to turn to.