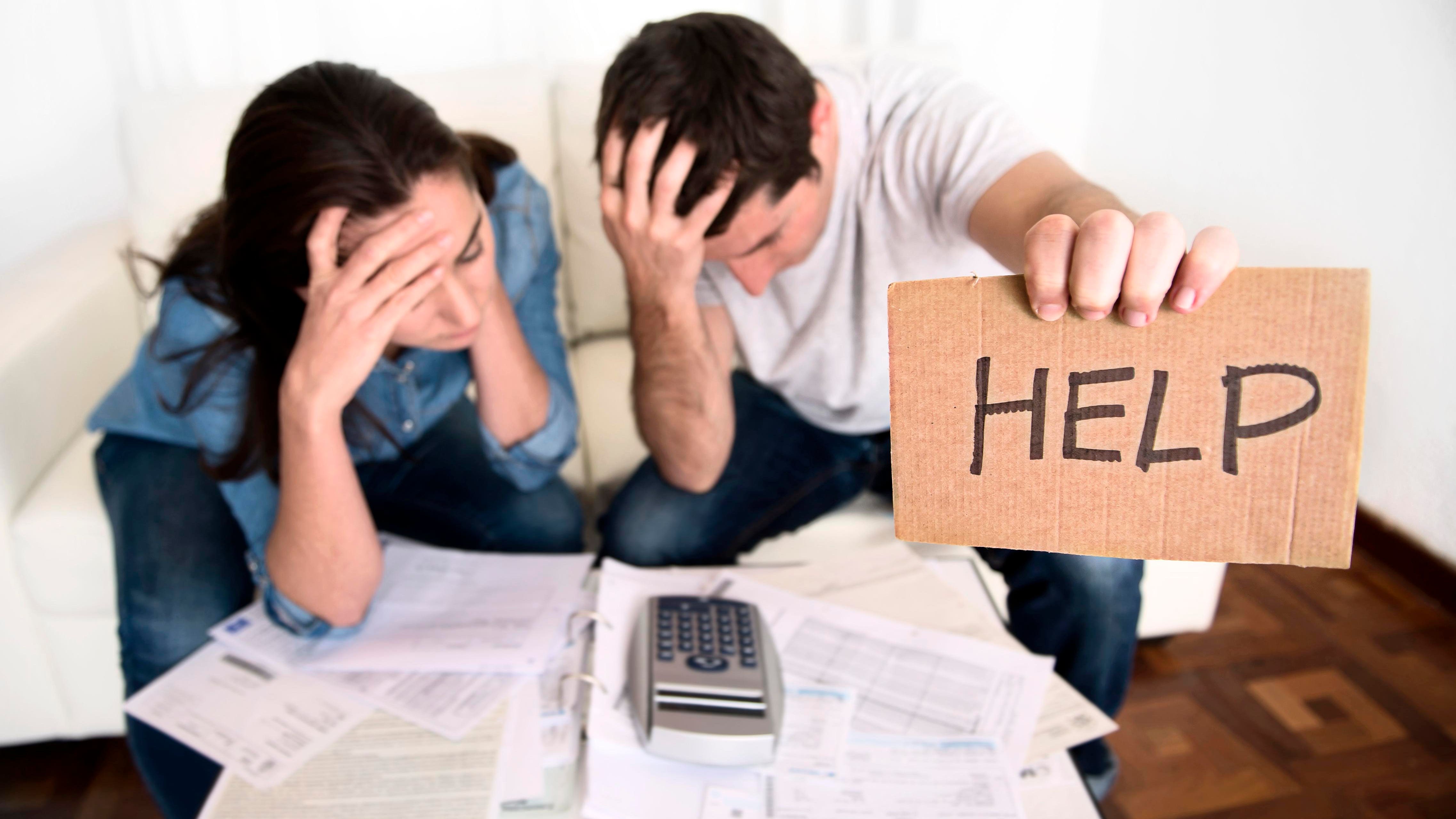 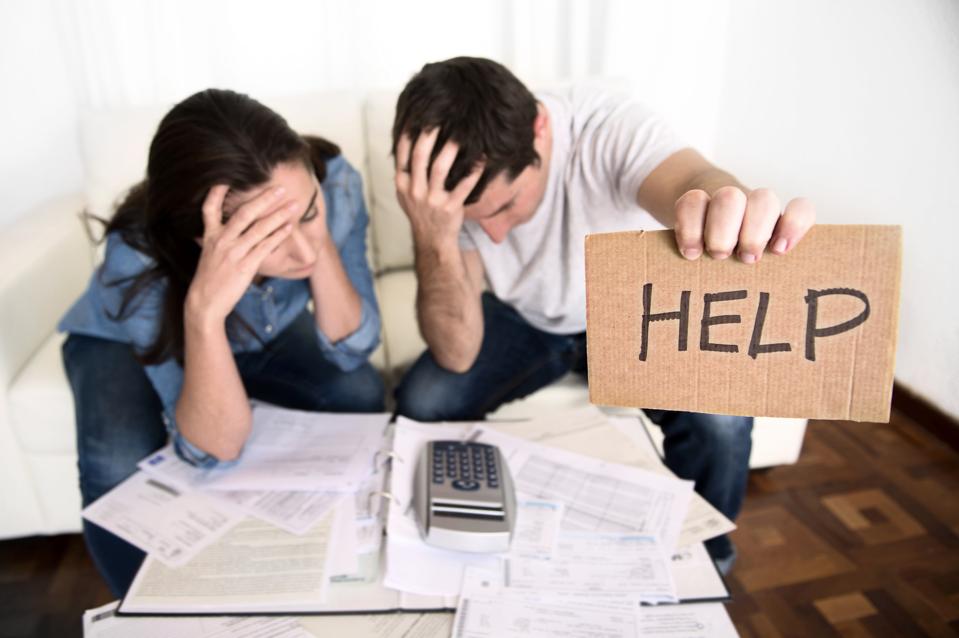 Public anticipation of a second stimulus has been apparent since the last stimulus payments cleared personal bank accounts back in April and May. And far from the promised flattening of the corona virus curve, and the so-called V-shaped recovery, the forces are gathering steam behind another round of payments.

The Recent Surge in US COVID-19 Cases

The entire reason for the first round of stimulus payments was the rapid onset of the corona virus. The number of new infections hit an early peak of around 40,000 back in April. Daily totals began declining shortly after, and confident predictions had us moving into the “flattening of the corona virus curve”.

For a time, that certainly did seem to be the case. New infections dropped to the 20,000 level in May and early June. But the corona virus did something unexpected around the middle of June – it took a steep upward turn. 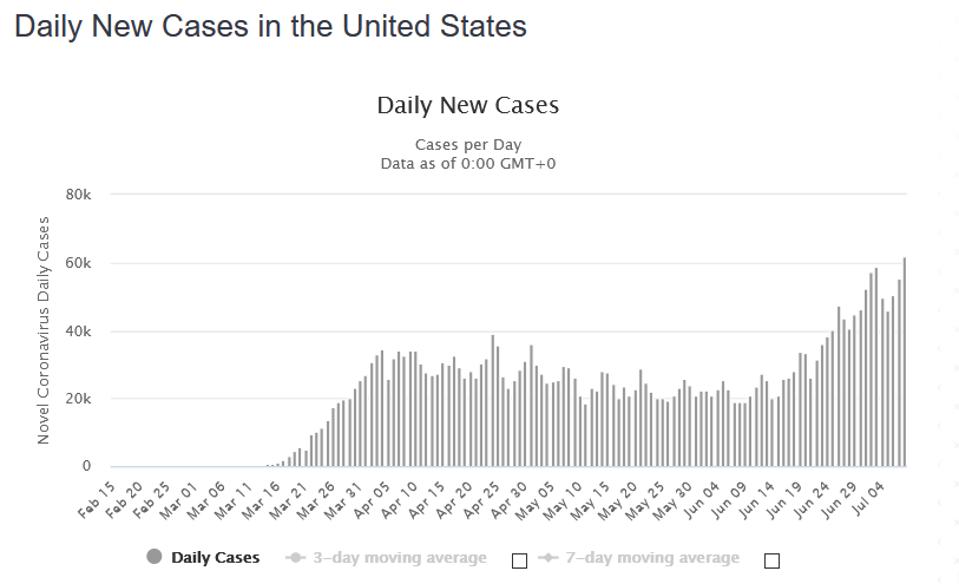 With the rapid escalation in new cases, particularly in the Sun Belt states, expectations of a sharp but short recession have begun to fade.

“With a record 40,401 new cases of the corona virus reported in the United States on Thursday (June 26) alone—and many parts of the South and West now facing alarming spikes just weeks after beginning to reopen,” reported Forbes Staff Writers, Sarah Hansen and Lisette Voytko. “these states are now hitting the pause button (on reopening).”

States pausing or reversing the reopening process include heavyweights, like California, Texas, Florida and New York. More than a dozen other states are following the same course.

It’s not just the official positions of individual cities and states in imposing restrictions either. As the number of coronavirus infections expands, people are understandably reluctant to go back to anything that approaches normal activity.

The combination of official restrictions and hesitation at the individual level are keeping downward pressure on the economy. Distress continues in major economic sectors, including in-person events and entertainment, travel and tourism, and restaurants and bars. But those are only the most obvious.

The Continued High Rate of Unemployment

Though the number of new unemployment applications has been declining steadily since April, the employment picture remains at a crisis level.

The US Department of Labor reported 1.31 million new claims for unemployment as of July 9, indicating the economic fallout of the pandemic continues to have a negative impact on jobs. And though the unemployment rate has fallen from the peak of 14.7% in April, it remains stubbornly high at 12.4%. That translates into one out of every eight workers being out of a job. In fact, more than 18 million American workers continue to be unemployed.

It’s also worth noting that the resurgence in virus cases only began three weeks ago. That might be too recent to have a tangible effect on employment. But if the number of new cases continues to escalate, improvement in unemployment could come to an abrupt end.

“As hopes of a V-shape recovery begin to fade, many are now wondering, will these layoffs be permanent?” asks Forbes Contributor, Renee Morad. “A recent study by the National Bureau of Economic Research (NBER) estimates that 42% of corona virus-related layoffs will become permanent job losses.”

On the economic front, Goldman Sachs projected a decline in gross domestic product of 33% for the second quarter of this year. And though they project a similarly dramatic increase in the third quarter – up 33% – both numbers were forecast prior to the upturn in corona virus cases. If the number of infections continues to increase, expect third-quarter growth projections to be cut significantly.

Though much of the attention in the CARES Act has been centered on the $1,200 stimulus payments issued back in April, even more critical to the economy – and especially to the job market – has been the federal unemployment enhancement. It’s been providing a $600 weekly supplement to the standard unemployment benefit paid at the state level for many millions of workers.

The combination of federal and state unemployment benefits has not only kept many of the unemployed afloat financially, it’s even provided an income that exceeds regular pay for many.

Research from the University of Chicago shows as many as 68% of unemployment insurance eligible workers may be receiving benefits that are higher than their regular earnings. It further found 20% of unemployed workers earning at least twice as much as their normal earnings.

There’s little doubt the federal unemployment provision has enabled many millions of unemployed workers to pay their bills. At the same time, it’s also prevented the economy from falling much farther than it could have.

But for all the benefits that have come from the federal unemployment enhancement, it’s due to end on July 31. If it’s not extended past month-end, the economy may well go into a free-fall while unemployment skyrockets.

That makes a strong case for either extending the full level of federal benefits or implementing a stair step reduction to ease the transition.

The case for an extension of those benefits may get even stronger in just a few weeks. As many as 20 million renters are now at risk of eviction. Many state and local moratoriums on tenant evictions, enacted back in March and April, are due to expire soon. So is the protection provided renters under the CARES Act.

The Cares Act placed a 120-day moratorium on evictions,” reported Forbes Contributor, Zach Friedman. “However, that eviction moratorium expires on July 25, 2020. In the wake of the Covid-19 pandemic, states such as New York, California, Texas and Florida could experience the most evictions based on rent costs and unemployment rate.”

Given the combination of the sudden resurgence in corona virus cases, recession-level unemployment, and the prospect of millions being evicted from their homes, it’s hard to imagine any politician opposing a second stimulus bill.

At a minimum, there’s a clear need to enact some type of extension of the federal unemployment benefit. And if the economy continues in the doldrums, a second round of stimulus payments may be necessary to cushion the fall. The combination of the two may also be the perfect injection of some level of optimism going into the election season.

The Democratic-controlled House of Representatives has already passed the HEROES Act. The bill provides for both extension of the federal unemployment benefit, as well as the issuance of a second round of $1,200 checks. Only this time, those stimulus payments will go to each member of every eligible household. A family of five could receive $6,000, which is the maximum under the plan.

If passed in its current state, this will be more generous than the CARES Act, which provided only $500 per eligible child. The HEROES Act eliminates the distinction between taxpayers and children, with a $1,200 benefit for each.

The bill currently is stalled in the Senate. It may not come up for a vote in the Republican-controlled chamber if the Labor Department’s final report on June employment continues to show significant improvement. But as the number of new virus cases is reaching record levels, employment may stagnate or weaken. If it does, Republican opposition to a second stimulus package may fade quickly.

A Shift from the White House on the Second Stimulus?

The second stimulus package may be about to get a big boost from the Trump White House. The President has signaled support for another round.

If that seems like a complete reversal of the previous White House position on a second stimulus, it’s hardly surprising. After all, the President himself is facing re-election in November.

Combined pressure from Democrats, the White House, and the state of both the economy and the corona virus pandemic, is likely to cause a sufficient number of Republicans in the Senate to shift gears and support a second stimulus bill. It’s very likely to be well in excess of the $1 trillion counterproposal they’ve suggested to date.

Given the current direction of the corona virus, as well as the tentative (at best) state of the economy, it looks certain a second stimulus bill will be passed. The only questions remaining are when, how much, and to whom?

An extension of the federal unemployment program is highly likely before July 31. It may not be the $600 per week currently being paid. However, there is evidence of bipartisan support for an extension of reduced federal unemployment assistance. Known as the Worker Relief and Security Act, it’s been proposed by Don Beyer (D-Virginia). Though it has a somewhat complicated calculation based on the level of unemployment in each state, it will nonetheless extend federal payments.

But there’s also a solid reason to expect a second round of stimulus payments to the general public. The rising number of corona virus infections, in combination with its uncertain impact on the economy, is likely to result in the kind of voter anxiety politicians loathe going into an election.

It’s hard to imagine any politician facing re-election without having cast his or her vote for a stimulus plan designed to benefit tens of millions of voters at a time of economic and health-related stress.

Self-preservation is a powerful motivating force for elected officials. Once the Senate reconvenes later this month, you can expect them to feel the heat from voters on a second stimulus bill.

The corona virus pandemic has already succeeded in pushing the election fanfare into the second half of the year. But even though this election season may be shorter than any in American history, it may very well become the most intense. With less than four months remaining before election day, there isn’t enough time for any politician to be on the wrong side of this issue.

Look for a second stimulus package – complete with a federal unemployment benefit extension – to be passed in the next few weeks.