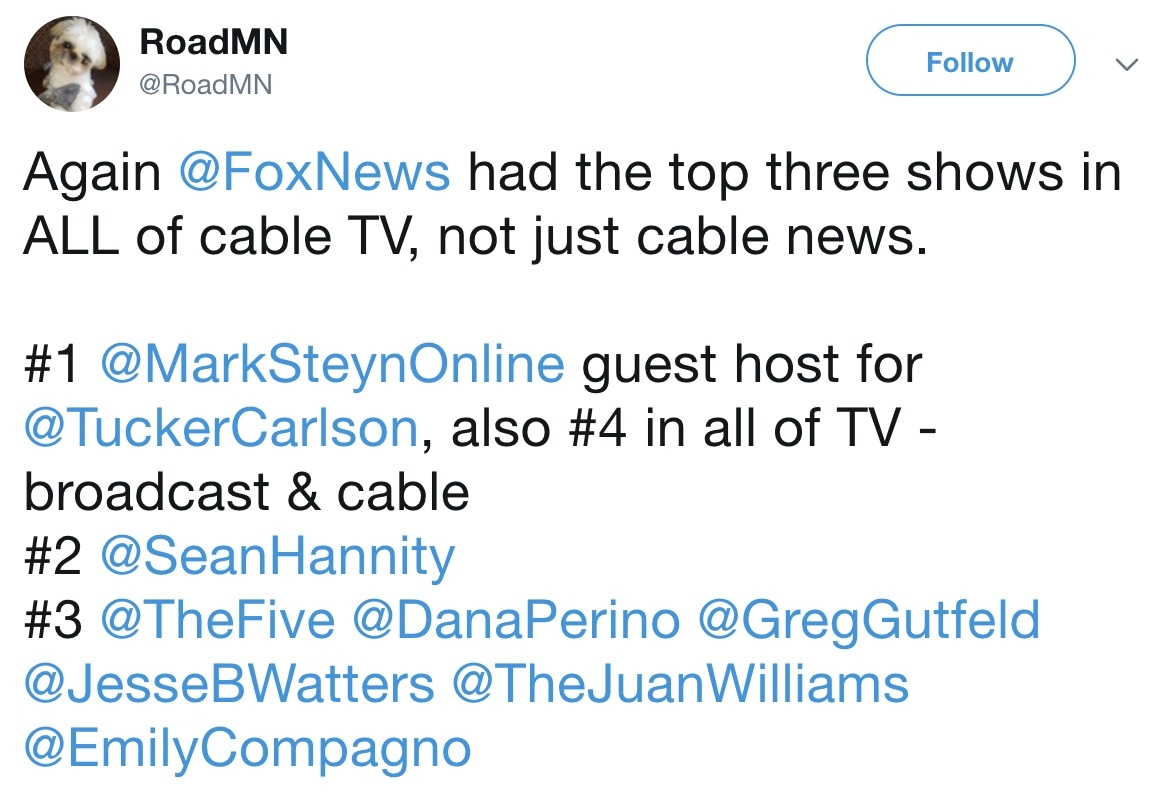 It was a mostly on-camera se’nnight for Steyn this week, with spectacular ratings, night after night after night, by every available metric. But, if you prefer your entertainment in audio, we will be launching a new series – on climate change and what’s really happening – right here later this morning.

~The week began with a centennial song from Sir George Shearing, and the grand conclusion of our latest Tale for Our Time, Steyn’s serialization of Jerome K Jerome’s comic classic Three Men in a Boat. Click here for the final episode – or, if you’ve yet to hear this latest of Mark’s audio adventures, you can start at the beginning and have a good old binge-listen right here.

Tales for Our Time is made with the support of The Mark Steyn Club. If you’ve a friend who’s a fan of classic fiction in audio, we hope you’ll consider sending him or her a special Gift Membership: They’ll get to enjoy not only this latest yarn, but also Mark’s readings of Conan Doyle, H G Wells and many more, all easily accessible from our Netflix-style Tales for Our Time home page.

~On Monday, Steyn was up early to join the curvy couch at “Fox & Friends”, and then made his return to the anchor’s chair at “Tucker Carlson Tonight” to analyze Joe Biden’s gaffes, Democrat voter-outreach, a meat tax and the merits of welfare-dependent immigrants. But the big news of the day was the brazen fiasco of Jeffrey Epstein’s purported suicide. Click below to watch:

That edition of “The Five” turned out to be the third most-watched show on all American cable that day. A couple of hours later Steyn hosted the second most-watched show – “Tucker Carlson Tonight”, featuring updates on everything from Epstein to ICE attacks.

~On Wednesday’s “Tucker” Mark ran the gamut from increased leftist violence to unconvincing corn dog karaoke. Along the way Lisa Boothe addressed Alexandrio Ocasio Cortez’s ability to attract donations from Hollywood and Silicon Valley – but not her own constituents:

In related AOC news, Steyn spoke to the latest target of her wrath – el presidente of Barstool Sports, Dave Portnoy:

~On Thursday’s “Tucker” one Donald J Trump, on the ground in New Hampshire, did most of the heavy lifting.

~Friday’s edition of Laura’s Links spanned the globe from Ramadan rapping in Denmark to middle-school trans-propaganda in California – plus: why the left wants to take out Tucker Carlson. Later that day Jeffrey Epstein’s autopsy report was very belatedly released, and Mark and Tammy Bruce chewed it over on TV that night.

~For the weekend, Kathy Shaidle’s Saturday movie date celebrated a scientific breakthrough in which a man in midlife crisis remakes himself as Rock Hudson. Later, Mark, in very much non-Rock mode, pondered mayors on kiddie slides, anchors as celebrity effingrams, dog-lovers as chick-lovers, and taking your palm tree to the Palm Court, with Kat, Tyrus and Joe on The Greg Gutfeld Show. (The full show will re-air today, Sunday, at 5pm Eastern.)

A new week at SteynOnline begins later today with our Climate Change audio special and continues with Steyn’s Song of the Week.