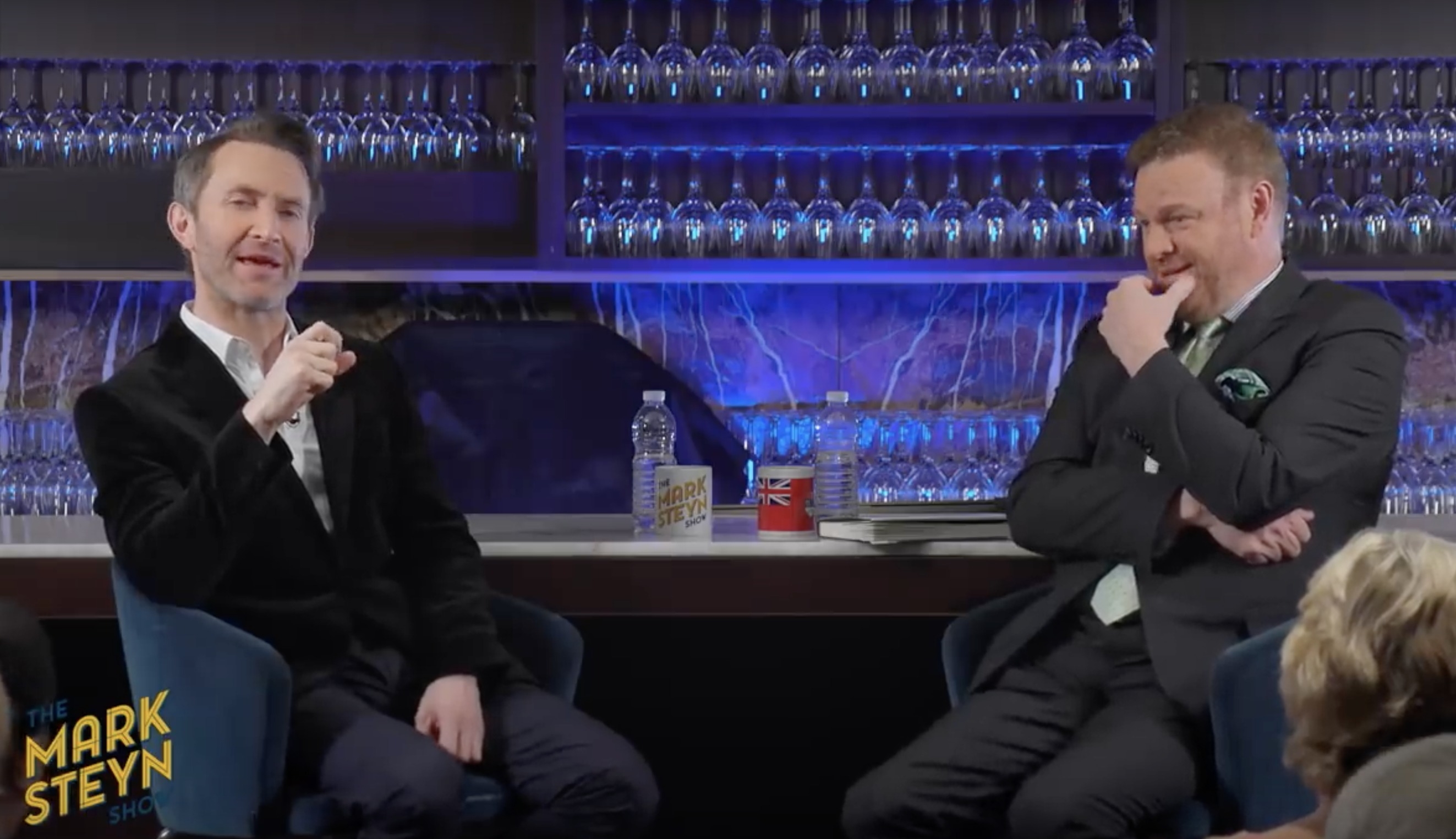 It’s Christmas at SteynOnline and we have an array of glittering gift ideas among our Steynamite Yuletide Specials – as well as a gift that lasts all year, and a gift that’s once in a lifetime. Plus we have a pre-Christmas week of festive pleasures in the days ahead, from Tales for Our Time to Song of the Week to The Mark Steyn Christmas Show.

~The week began with a highlight of the Christmas playlist – or, in this case, sleighlist.

~Monday’s edition of The Mark Steyn Show found Mark in conversation with Douglas Murray on his new book The Madness of Crowds: Race, Gender and Identity. Click below to watch:

You may have noticed Tal Bachman singing his big hit “She’s So High” in the background of that Peloton ad. Tad and his dad Randy Bachman will be right here next weekend on The Mark Steyn Christmas Show.

~On Tuesday Laura’s Links roamed the Internet and rounded up a slew of stories from Joe Biden’s leg hair to the death of the man Oberlin College grossly defamed.

~On Wednesday Steyn hosted another Clubland Q&A taking questions from Mark Steyn Club members live around the planet on a range of topics starting with the impeachment circus and the Inspector General’s report. You can listen to the full show here.

~On Thursday Mark returned to “Tucker Carlson Tonight” to talk with Brian Kilmeade about Democrats, impeachment, and the logical necessity of yet another Hillary run.

~In the early hours of Friday morning Boris Johnson led UK Tories to their biggest parliamentary majority since the glory days of Mrs Thatcher. Steyn’s column on the election was our most read piece of the week.

~At the weekend we like to avert our gaze from the grubby churn of politics and kick loose with the finer pleasures of life. Kathy Shaidle’s Saturday movie pick was worth waiting for, and our marquee presentation was Mark’s reading of the first of this season’s Christmas Tales for Our Time: You can hear “Matthew Insists on Puffed Sleeves” from Anne of Green Gables here, and L M Montgomery’s western foray “Christmas at Red Butte” here.

While we’re in the Yuletide mood, an hour of musical delights can be found in Mark and Jessica’s Christmas album, which is also the perfect stocking stuffer.

Much of what we do here each month, including Tales for Our Time, Steyn’s Song of the Week and our Sunday Poem, we also do live and on water on our Mark Steyn cruises. We’re thrilled that so many have already signed up for next year’s Third Annual Steyn Cruise, with Conrad Black, Michele Bachmann, Douglas Murray and more. But, if you’re thinking about it, or perhaps have it in mind as a Christmas present for an especially loved one, please don’t leave it too late. For more information, call +1 (770) 952-1959 if you’re dialing from beyond North America – and, if you’re calling from Canada or the US, it’s 1-800-707-1634. Or you can email your query here.

Another week of print, audio and video delights at SteynOnline begins tonight with our Song of the Week – and concludes next weekend with this year’s Mark Steyn Christmas Show.