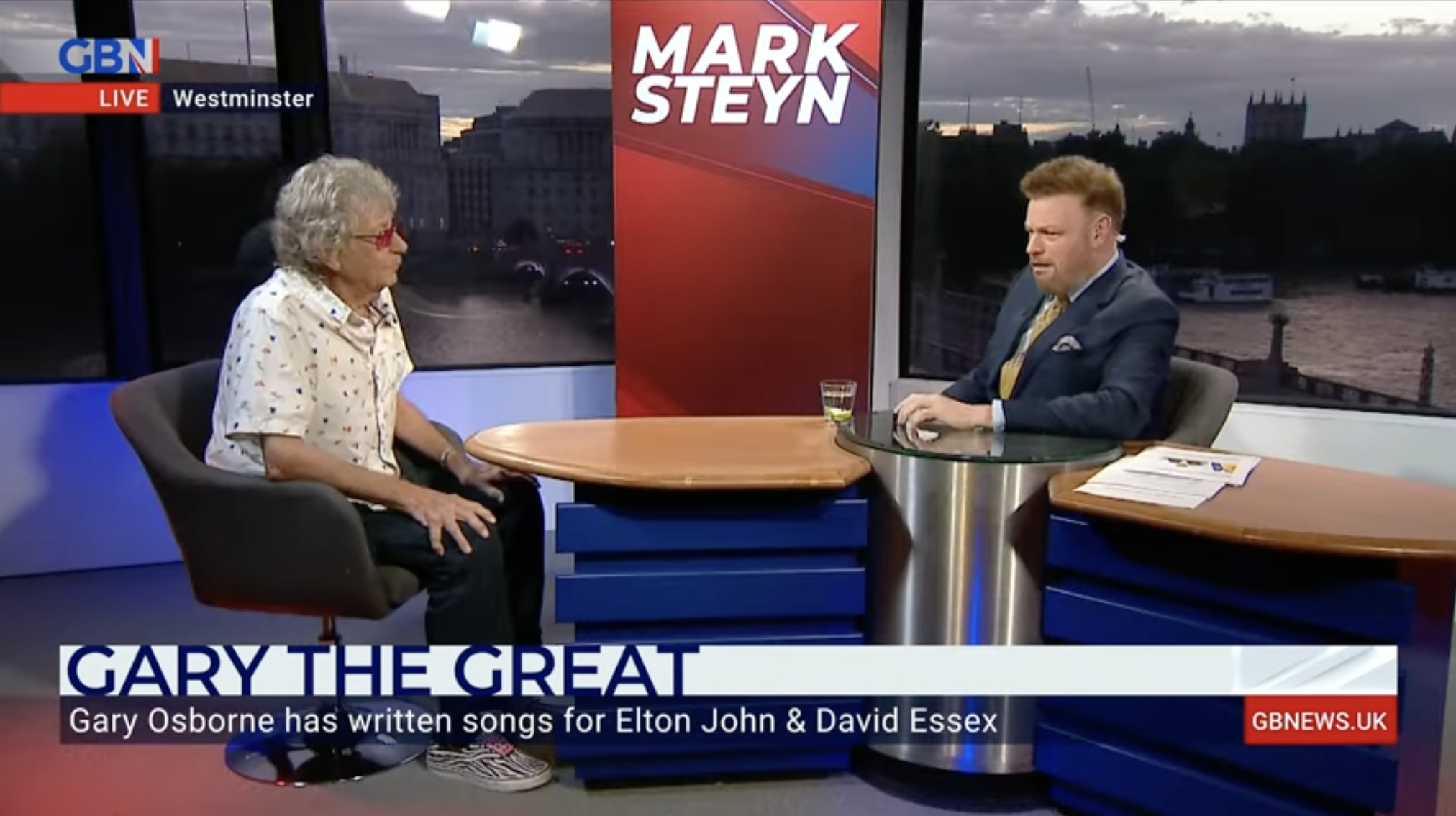 Mark will have another audio edition of Steyn’s Song of the Week on Serenade Radio today, Sunday, at 5.30pm London time – that’s 12.30pm North American Eastern. You can listen to the show from anywhere on the planet by clicking the button at top right here.

~The week began with a quick century’s hop back in time to the Irish civil war, a German currency plunge, a good week for Italian fascists and a poisoned pie in New York in the latest instalment of The Hundred Years Ago Show.

~Mark remembered the late actor, singer and director Paul Sorvino in a special weekend edition of The Mark Steyn Show, an interview from the SteynOnline vault which hasn’t been seen in five years.

~On Monday, Mark kicked off another week of The Mark Steyn Show on GB News, joined in studio by Eva Vlaardingerbroek, Laurence Fox, and Kelvin MacKenzie.

~Eva Vlaardingerbroek returned for Tuesday’s programme, in which Mark was also joined by Toby Young, Natalie Winters and Alexandra Marshall for a power-hour about digital ID, Chinese sabre-rattling, the Tory leadership race, and more.

~On Wednesday, Mark took aim at the supposedly respectable men who defend gang-rapists, in an exclusive interview with Debbie Cole, plus Kathy Gyngell on the Big Shut-Up, Jamie Jenkins on excess deaths, and Leilani Dowding on the permanent emergency.

~Laura Rosen Cohen cut-in Thursday morning with another dance around the internet, one link at a time. This week, she twirled and dipped to stories about the myth of “safe and effective,” the importance of choosing life, and how wokism is the new Maoism.

~Mark capped off a week of telly on GB News Thursday evening, talking about when bereavement is deemed misinformation with Mark and Leanne Tomlin, the next prime minister with Laura Perrins, malignant rule by experts with Sue Cook, and music through the ages with Gary Osborne.

~SteynOnline’s Canadian correspondent Andrew Lawton barricaded himself in the studio Friday for a substitute-guest-hosted edition of SteynOnline’s Clubland Q&A, fielding questions from Mark Steyn Club members about abortion in Kansas, Pelosi in Taiwan, and Trudeau in Costa Rica.

A new week at SteynOnline begins later this morning with a brand new edition of The Hundred Years Ago Show.

After School Special: Lindsay Anderson and If….

What a Fool Believes

A Land of Selective Laws

At the Back, but not on the Bus