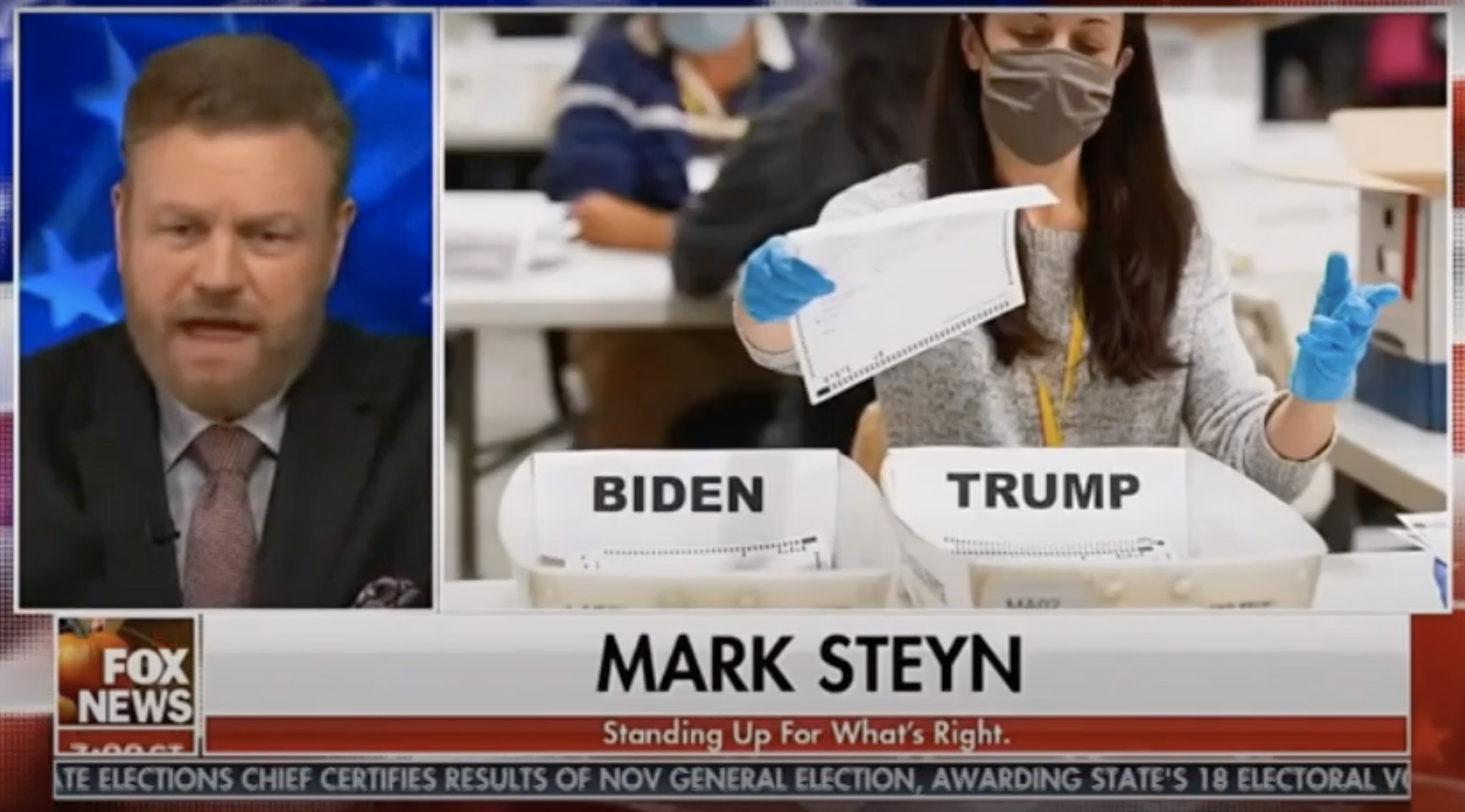 ~The week began with Georgia on everybody’s mind.

~On Monday’s edition of The Mark Steyn Show Mark contrasted the defenestration of Mrs Thatcher with the fixed rotations of American politics. There was also another episode of The Hundred Years Ago Show, plus homophobic imams, vulnerable strongmen, and your light-orchestral stress-reliever.

~On Tuesday Laura’s Links rounded up the Internet and looked at lemons you can’t make lemonade from.

~On Wednesday guest-columnist Tal Bachman called for a total overhaul of the US voting system.

Also on Wednesday Mark guest-hosted “Tucker Carlson Tonight”, opening with some reflections on the weirdest Thanksgiving Eve in US history:

You can watch more of the show here.

~On Thanksgiving Day, with various American governors, mayors and public health officials forbidding the traditional celebrations, Mark offered a special edition of The Mark Steyn Show, with his Poem of the Week, Last Call and Hundred Years Ago Show covering many aspects of this most American of holidays.

~On Friday Mark returned to the anchor’s chair at “Tucker Carlson Tonight” and opened with some thoughts on Trump, Georgia and the abyss:

~On Saturday Steyn subbed for Kathy Shaidle on the movie beat and picked a Beatles biopic: Backbeat.

Tales for Our Time and The Mark Steyn Show are made with the support of members of The Mark Steyn Club. The Mark Steyn Club is not to everyone’s taste, but we do have members in every corner of the world from Virginia to Vanuatu, and, if you have a chum who’s a fan of classic poems on video or classic fiction in audio, we also offer a special gift membership.

Thanksgiving 2020 is SteynOnline’s eighteenth birthday. In celebration thereof, we’re offering 18 per cent off all products at the Steyn Store right through the weekend. Just shop as you normally would and the 18 per cent savings will be applied at checkout – and, if you’re a Steyn Club member, don’t forget to enter your special promotional code at checkout to receive even more savings on over forty books, CDs and other products.

A new week at SteynOnline begins tonight with Mark’s Song of the Week.