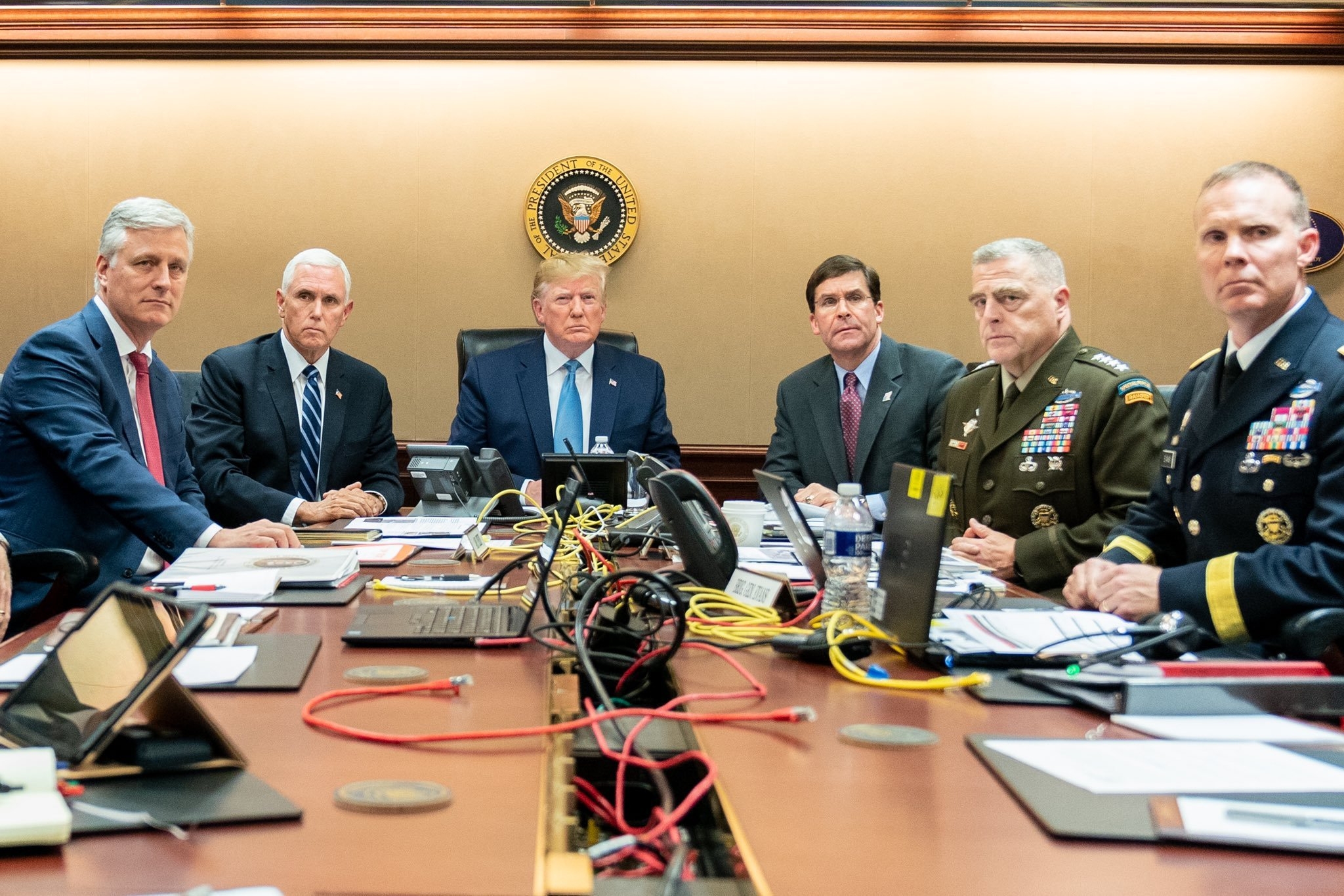 On this Sunday morning the world is waking up to the news that the wannabe Caliph died “whimpering and crying and screaming“. Mark will have more on the death of Baghdadi in the days ahead. Also in this run-up to All Hallows’ Eve, he’ll be here this evening with the first episode of a suitably spooky Tale for Our Time.

~The week began with our Song of the Week celebrating a Bacharach & David classic.

Later that day Steyn checked in with Tucker Carlson to discuss the reluctance of no-name presidential candidates to fly with the peasantry.

~Tuesday was the fifth anniversary of the murder of Corporal Nathan Cirillo at the Cenotaph in Ottawa. It was also the bleak morning after of a grim Canadian election: Mark’s analysis of the results was our most read piece of the week. On The John Oakley Show Steyn expressed a preference for Andrew Scheer’s hologram over what purports to be the real thing. Click below to listen:

~Wednesday’s edition of Mark’s Mailbox found Steyn taking questions from Mark Steyn Club members around the planet on a range of topics from misgendering with the peelers to peeling with Justin:

Mark’s Mailbox is made with the support of members of The Mark Steyn Club. For more on the Steyn Club, see here – and click here for three members-only events with Mark coming up in November.

~On Friday Mark started the day at “Fox & Friends” talking among other things about Oxford University’s ban on clapping in favor of “jazz hands”. The Media Matters pajama boy was triggered by Steyn’s entrance:

You can see the full segment here. Later Mark guest-hosted “Tucker Carlson Tonight”, culminating with Steyn and Dan Bongino and the top three stories of the week:

~For our weekend movie date Mark looked at The Road to Wellville, a film about Kellogg’s before it got on the road to Wokeville.

Much of what we do here each month, including Tales for Our Time, Steyn’s Song of the Week and our Sunday Poem, we also do live and on water on our Mark Steyn cruises. We thank you for all your kind comments about last month’s Alaskan voyage – and are thrilled that so many have already signed up for next year’s Third Annual Steyn Cruise, with Michele Bachmann, Conrad Black and more. For more information, call +1 (770) 952-1959 if you’re dialing from beyond North America – and, if you’re calling from Canada or the US, it’s 1-800-707-1634. Or you can email your query here.

Another week of print, audio and video delights at SteynOnline begins tonight with Steyn’s Song of the Week and a brand new Tale for Our Time.