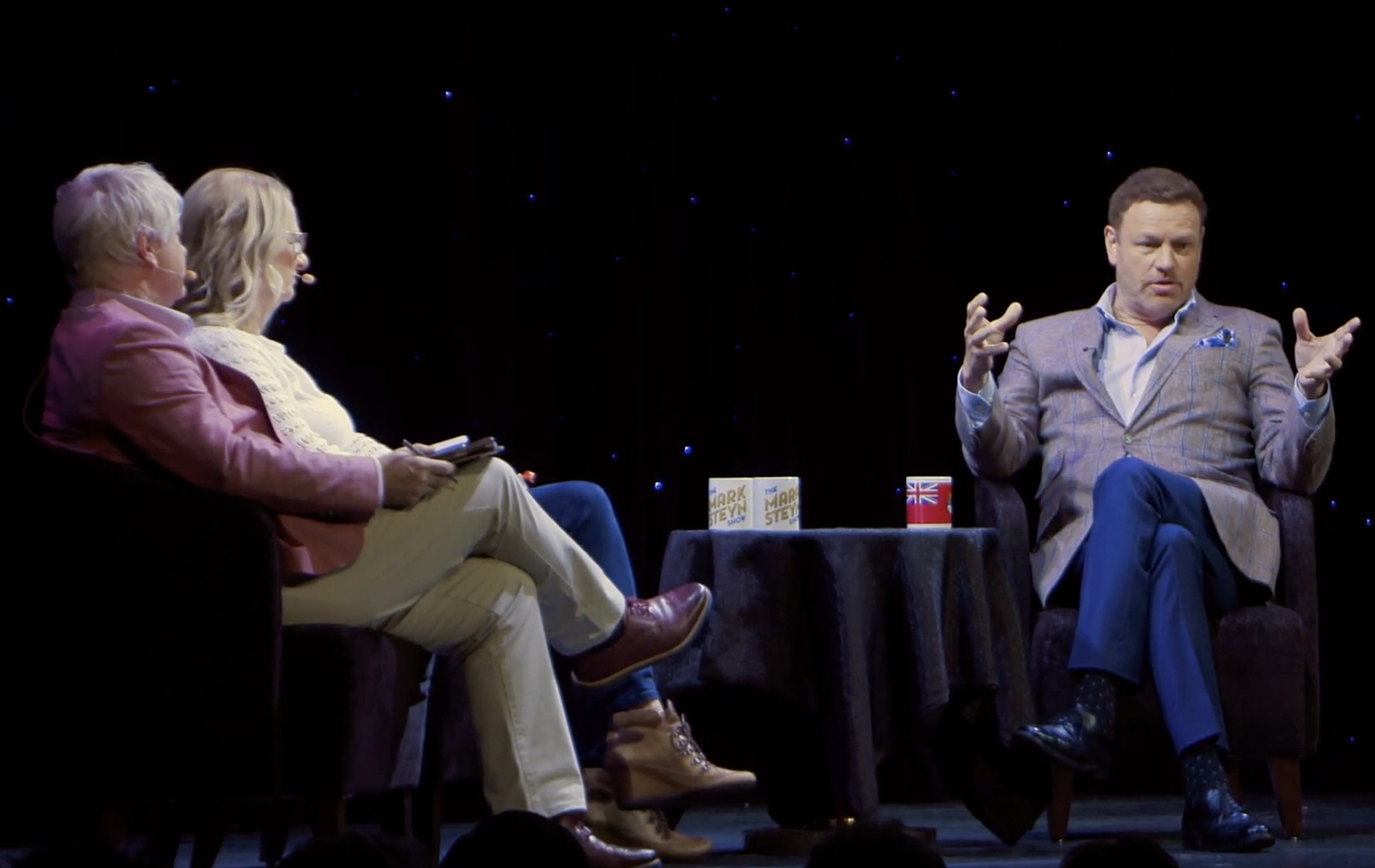 This coming week Mark will be in Michigan to join Clarence Thomas, Mollie Hemingway and Victor Davis Hanson in the celebrations of Hillsdale College’s 175th anniversary.

~The week began with an exploration of the connection between Frank Sinatra and the Muslim call to prayer.

~On Monday The Wall Street Journal‘s William McGurn looked at the US Supreme Court’s looming decision on whether to accept the long-running Mann vs Steyn climate-change “hockey stick” case. Along the way the Journal also posted this choice excerpt from a Steyn speech on the consequences for the First Amendment should Mann prevail. Click below to watch:

~Tuesday’s edition of Laura’s Links offered a tour of Internet delights from industrial-scale sperm donors to Canada’s Prime Minstrel to the sad plight of a nation where only climate change is sexy.

~On Wednesday “The Ann & Phelim Scoop” presented an in-depth interview of Mark on everything from Trump and Brexit to Habsburgian twilight and Sargent’s portrait of Lady Agnew. Click below to watch:

If you prefer Mark in non-visual formats, here’s the radio version:

~On Thursday Mark joined Tucker Carlson to discuss whether the so-called impeachment of Trump will wind up taking out Joe Biden:

~For our weekend movie date Mark mulled Quentin Tarantino’s Once Upon a Time… in Hollywood.

Much of what we do here each month, including Tales for Our Time, Steyn’s Song of the Week and our Sunday Poem, we also do live and on water on our Mark Steyn cruises. We thank you for all your kind comments about this month’s Alaskan voyage – and are thrilled that so many have already signed up for next year’s Third Annual Steyn Cruise, with Michele Bachmann, Conrad Black, Douglas Murray and more. For more information, call +1 (770) 952-1959 if you’re dialing from beyond North America – and, if you’re calling from Canada or the US, it’s 1-800-707-1634. Or you can email your query here.

A new week of print, audio and video delights begins tonight at SteynOnline with Steyn’s Song of the Week.