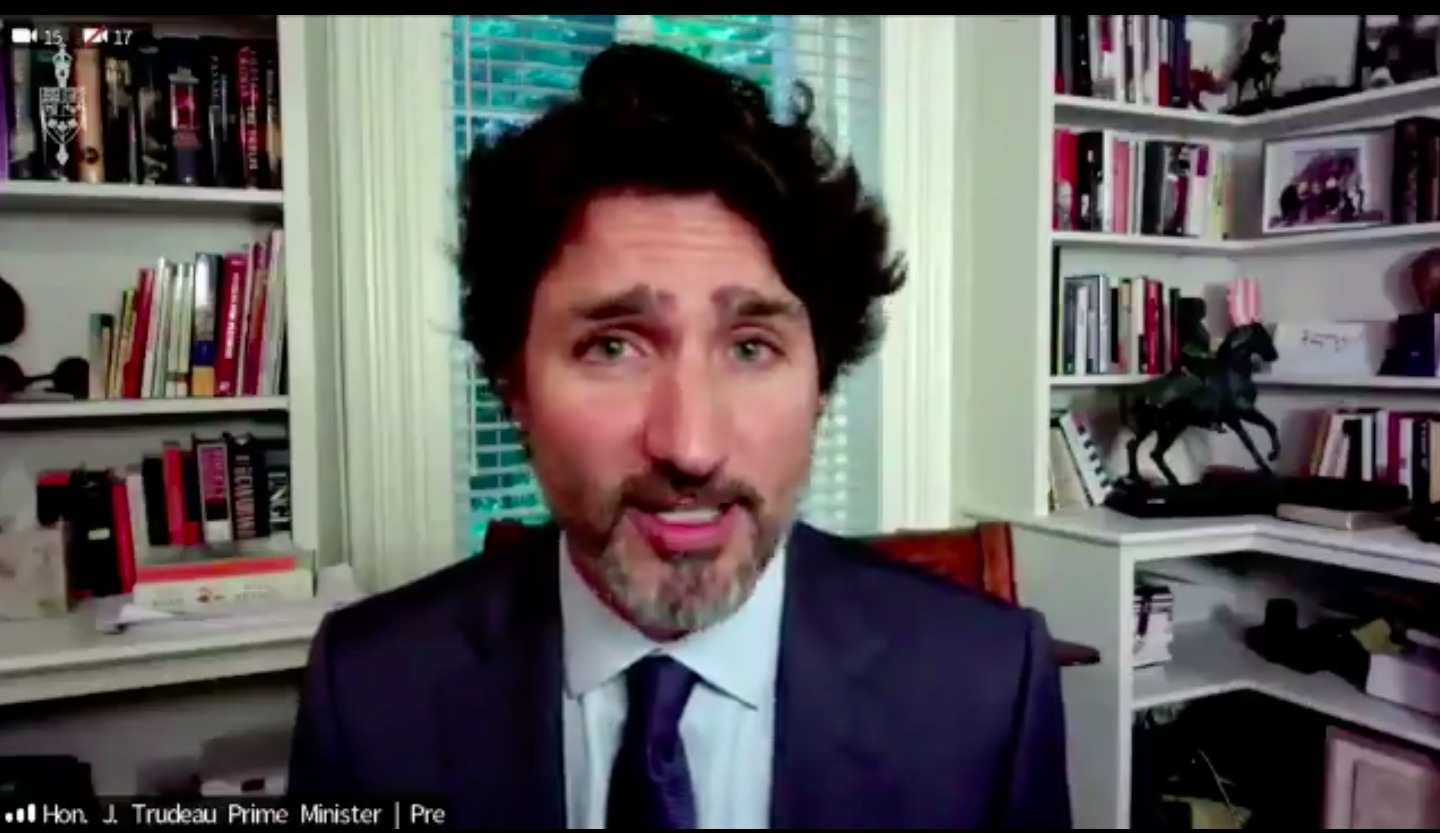 That about sums up Justin Trudeau’s defense in a Canadian scandal starring grifters, shell corporations, virtue signallers and a federal ethics probe.

The WE-Scam, as it’s come to be known in Canadian circles, is, on its surface, a simple one.

Trudeau’s government created a $912 million government program to pay students to volunteer – formerly known as “working” if memory serves – and outsourced the administration of it to WE Charity, one of those purported international development charities more known for holding glitzy, celebrity-filled parties than digging any wells in Africa.

All style and no substance made it the perfect match for Trudeau.

WE would have netted about $44 million from the program had the government not pulled the plug amid the backlash. The charity would also have had a budget to pay teachers up to $12,000 each to funnel their students into the paid volunteer channels.

The program itself was a boondoggle, but bad policy became a scandal because Trudeau and virtually everyone in his immediate family have personal and financial connections to WE, as do at least two of his cabinet ministers, not to mention his chief of staff – all of whom say their relationships had nothing to do with WE getting the sole-sourced contract.

After weeks of ducking scrutiny from his political opponents, Trudeau made a rare appearance before the parliamentary finance committee Thursday, though his testimony was heavy on the sanctimony and light on the details.

Trudeau didn’t answer the most basic of questions, like how much money his family members have taken from WE. The sums we know from media reports are not insignificant.

Trudeau’s mother, Margaret, and brother, Alexandre, were paid over $300,000 to speak at a variety of WE events. For some reason this lucrative hustle only started after Trudeau became Canada’s prime minister. Trudeau’s wife, Sophie Gregoire Trudeau, hosts a WE podcast about “well-being” and serves as an ambassador for the organization, even bringing back a bout of coronavirus from a WE event in London earlier this year.

I would suggest the federal ethics investigator could save the time on the investigation and reach a finding based on the details in that paragraph alone, though Trudeau should be commended for how brazenly he denies there could be a conflict of interest.

“My mother… is proud that she doesn’t have to rely on a husband or a son to support her because she does her own work,” he said. “And I’m proud of the work that she does, but I do not feel that it is my responsibility to peer into the work my mother is doing.”

(Joe Biden could probably tweak that for the next time he has to answer for Hunter Biden’s dealings in Ukraine.)

I must admit Trudeau pivoting to feminism to defend against an ethics probe is rich considering his last ethics probe came about when he fired his female attorney general for refusing his overtures to halt the prosecution of a Liberal-connected engineering firm.

Trudeau admitted he probably should have recused himself from the discussions but even then tried to suggest he had very little to do with how his government chose to hand out a billion dollars.

He said the decision was made by bureaucrats and only shared with him on his way into a cabinet meeting at which the plan was supposed to be approved.

I wish the latter option had been entertained, as there’s something particularly insidious about bureaucracy continuing to grow only to outsource massive programs to murky non-governmental organizations. That this process supposedly happened without anyone elected weighing in, as Trudeau and company contend, adds a layer of incompetence to the corruption.

In many respects this isn’t new. There have been as many federal ethics probes of Trudeau as there have been snapshots of him hanging around in blackface, which is to say three. He was found guilty of the first two, and looks to be on track for the hat trick, to use a term I’m told has something to do with hockey.

Donald Trump couldn’t eat a bowl of borscht without being accused of Russian collusion though Trudeau can bat his eyelashes and implore us to think of the children when he’s busted pushing money to an organization tied to much of his inner circle.

One of the more confusing aspects of the scandal has been the shell game of figuring out which organization did what. The charity said it never paid any Trudeaus to speak, before it was revealed this was but a technicality as the group’s for-profit wing actually cut the cheques (except for a few that were accidentally paid by the charity and then reimbursed. Are you keeping up?)

There are at least eight separate WE entities that have arisen in these discussions so far, though former WE Charity board chair Michelle Douglas wasn’t confident enough to say how many organizations there are for sure, which always bodes well for transparency.

Speaking of transparency, it’s worth noting that a Toronto Sun reporter caught a snapshot of a guy carrying some bankers’ boxes of documents out of WE’s Toronto headquarters Thursday. One of them was labeled “partnerships,” which is the term used by WE to describe its relationship with the federal government. Nothing to see here, I’m sure.

Other groups under the WE umbrella have been accused of simply being real estate holding entities with millions of dollars in downtown Toronto property and not an African schoolhouse in sight.

Trudeau’s platitudes have gotten him through much of his premiership, but he’s on dangerous terrain now.

It’s no wee problem, but certainly is a WE one.

Mark Steyn Club members can feel free to weigh in to let Andrew know what they think in the comments. If you aren’t yet a member, all you need to join is here. Mark Steyn Cruisers will remember Andrew as our cruise master of ceremonies the last two years. We’re set to sail once again next year along the Mediterranean with special guests Michele Bachmann, John O’Sullivan and Mark Steyn himself so do check out the details if you’d like to book a cabin.

Mr Bean to the Rescue

Democrats Are Waging War against Tradition and the Constitution

The Land Where Everything is Policed Except Crime

No, the Solicitor General Did Not Say AG Barr Had ‘Secret Information’ That Led to Flynn Dismissal

News DSMW - August 14, 2020
0
Many of us are miss our personal care routines that have been put on hold during the pandemic....

News DSMW - August 14, 2020
0
Families are facing challenges in making sure their children are eating healthy, nutritious meals and snacks during the pandemic....

News DSMW - August 14, 2020
0
In a rare political statement, Dolly Parton is speaking out in support of the Black Lives Matter movement....
MORE STORIES