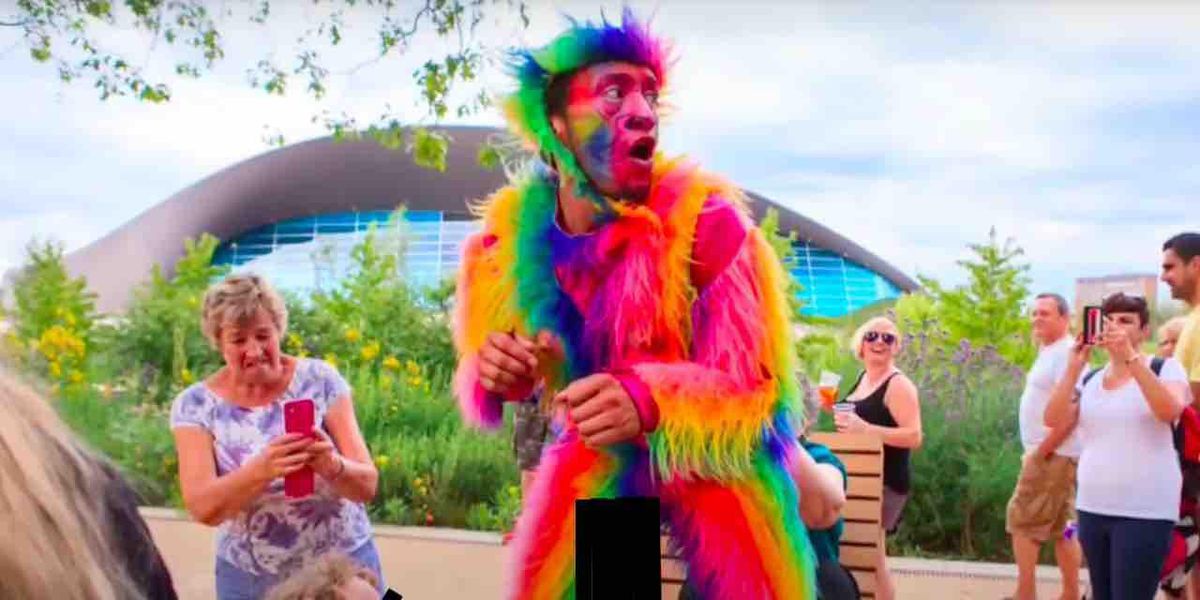 An actor dressed in a rainbow-colored monkey costume outfitted with a fake penis, nipples, and bare bottom appeared at a children’s event at a library in the United Kingdom, after which outrage erupted.

The paper said the monkey costume included a fake penis and bare bottom; the Daily Mail reported that the costume also was adorned with fake nipples.

The event was meant to encourage children to read, the Evening Standard added.

Conservative campaigner Has Ahmed tweeted, “Apparently this is meant to encourage kids in Redbridge to pick up reading for summer. Please tell me the rationale behind these indecent costumes that were shown to families and done so publicly. Is this really necessary?”

Apparently this is meant to encourage kids in Redbridge to pick up reading for summer. Please tell me the rationale… https://t.co/idaveg6jnm

Redbridge Libraries have apologized and ensured it “will never happen again.”

“During an event put on at the library today there was a performance by a Carnival Arts Company. Unfortunately one of the animal costumes was inappropriate which we were not aware of at the time of booking,” the library tweeted. “We deeply apologize for the offense caused. This is being looked into …”

However, the Daily Mail reported that the libraries initially said on social media, “if you’ve got it, flaunt it” in reference to the event.

Redbridge Council said that it did not arrange the event and that it was organized by Vision Redbridge Culture and Leisure (RCL), a registered charity and a non-profit organization, which has “since apologized to residents,” the Evening Standard said.

Labour councillor Jas Athwal tweeted: ‘I was appalled by the incident in Redbridge Libraries on Saturday. Completely inappropriate and deeply offensive performers were hired by independent contractor Vision who manage Redbridge libraries and leisure centers. As soon as I was made aware of the performers, I immediately contacted Vision and the event was stopped. I have launched a full and thorough investigation into how these performers were hired by Vision and will put stringent measures in place to ensure something like this can’t happen again.”

Mandinga Arts tweeted, “We apologize for the offense caused while raising awareness of the reading campaign by Redbridge Libraries on 10 July. We never intended to offend residents. We respect everyone’s individual opinion with no offense to any part. Actions are being taken, more information to follow.”

And while the group’s website as well as its Facebook and Instagram pages were down Tuesday, it appears folks already got a look at some of what the group features and shared their findings.

@Mandinga_Arts1 Pigs in bondage gear, references to stroking each other, wtf https://t.co/DHNsLquDvM