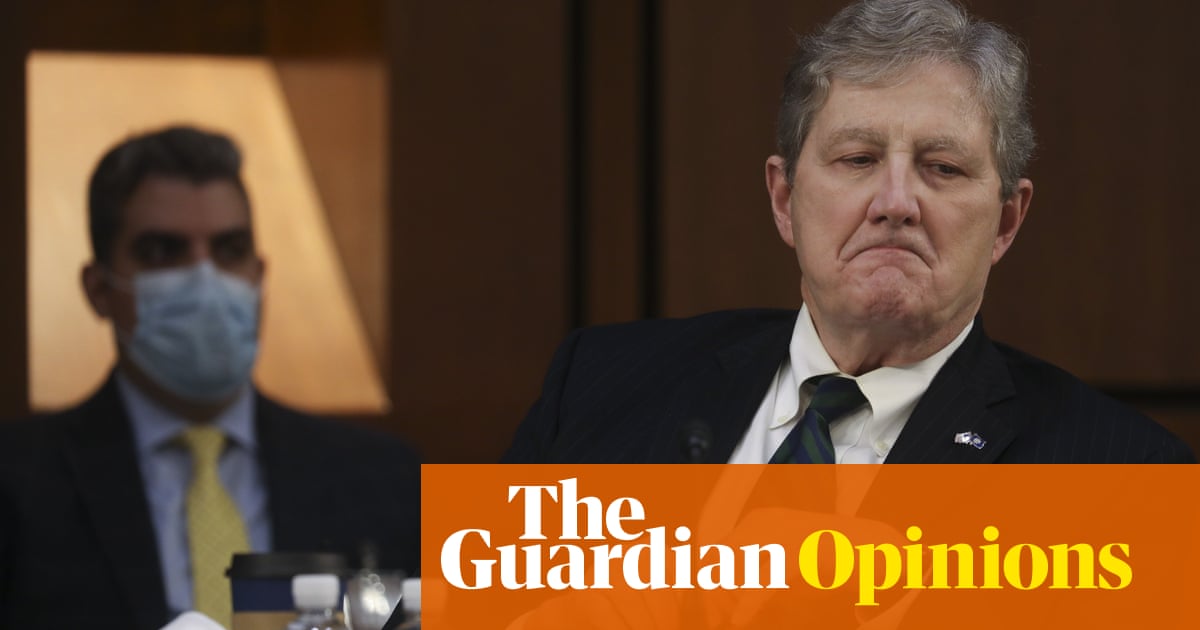 The first day of the Senate hearings to confirm Amy Coney Barrett to the supreme court was a disgrace and a sexist spectacle.

First was the simple fact that the hearings are being held at all. A pandemic continues to ravage the United States, having killed more than 210,000 people and devastating the American economy. Millions of Americans are out of work, struggling to pay the rent or the mortgage, worried about how they’re going to afford groceries. Republicans in the Senate can’t get it together to pass a pandemic relief bill that Americans desperately need, but they can demand that the judiciary committee convene, in person, to jam through a hardline right-wing judge just days before the presidential election concludes – and is presumably contested by a president who has already refused to commit to a peaceful transition of power.

The fact that hearings are being held at all is also egregious given Mitch McConnell’s blocking of similar hearings to replace justice Antonin Scalia after his death, in February of an election year. Back then, McConnell and the Republican party insisted that confirming a justice would be inappropriate and undermine the legitimacy of the court. Even many months before an election, they said, the American people should decide who appoints a new judge. McConnell blocked the Senate from even hearing from Merrick Garland, President Barack Obama’s nominee. At the time, Amy Coney Barrett went on television and said that replacing Scalia in an election year would be inappropriate – and that it would be especially inappropriate to replace “the staunchest conservative on the court” with a liberal because “it’s not a lateral move”.

Now it’s an election year – and it’s much, much closer to the election than when Scalia passed away in 2016. The justice being replaced is Ruth Bader Ginsburg, one of the court’s staunchest liberals. The woman nominated to replace her is a far-right conservative – not a lateral move. Yet all of these hypocrites, from McConnell to Senate Republicans to Barrett herself, are happy to move forward because, this time, they have the power.

All of these hypocrites, from McConnell to Senate Republicans to Barrett herself, are happy to move forward because, this time, they have the power

The hearing was also held indoors, as infection rates from an airborne virus are rising around the country. One Republican senator, Mike Lee, attended the hearings and removed his mask, despite having recently tested positive for Covid-19. He seems to have caught the virus at a party celebrating Amy Coney Barrett’s nomination, resulting in a super-spreader event with the White House as ground zero. Lee, a self-described pro-life legislator, insisted on attending the hearings in person anyway, putting everyone in the room, and the support staff charged with cleaning up afterwards, in harm’s way – all to confirm a self-described “pro-life” supreme court nominee who any honest person will admit was chosen because the president believes she will overturn Roe v Wade, side with him in a contested election, and strip millions of Americans of their healthcare by invalidating the Affordable Care Act.

That would all be bad enough, but the hearing itself was practically a caricature of how conservative men approach accomplished women. There’s no question that Barrett is well-regarded among her Notre Dame colleagues and that the conservative lawyers and judges she has clerked for and worked with say she is a sharp legal mind. Yet every Republican given a chance to speak mentioned Barrett’s status as a mother, and typically emphasized that she has seven children, many of them still school-aged. Her maternal capacity, as much as her professional accomplishments, was invoked as evidence of her leadership abilities and her status as a role model to young girls.

There’s nothing wrong with recognizing that Barrett is a mom, or welcoming her children into the room (although I question the wisdom of having six children in a room with a Covid patient and many others who were recently exposed). It’s not unusual for the judiciary committee to mention a nominee’s parental status. What is unusual, though, is to have every member of one party bring it up, often more than once, and even emphasize it as a qualification for the bench. Multiple Republican senators noted, for example, that Barrett would be the first female justice with school-aged children – a bit of a stretch, and something it’s hard to imagine being said about a man. Do we know who the first male supreme court justice with school-age children was? Would that even register?

The message from Republicans seemed to be that Barrett is particularly admirable as a woman because of her large family. It’s an old sexist trope, that a woman’s value is dependent on her fertility – and that having children, or a large number of children, suggests a woman is more righteous and willing to embrace her natural maternal role. It’s also a racialized view: white women with large families are often commended by conservatives, while black and brown women with large families are condemned.

Republicans have said over and over that Barrett’s personal life, including her faith, should be off-limits. And yet they repeatedly raised her personal life, including her faith, as an asset. They seem to want to use what they claim is Barrett’s private life as both a sword and a shield: an argument in her favor, but one that cannot be refuted on its own terms or even questioned, because to do so would be to criticize her private convictions and impose a “religious test”.

It was rank hypocrisy from start to finish. It was also a deep show of disrespect to American women, who would like to be professionally evaluated on our qualifications – not our family size.