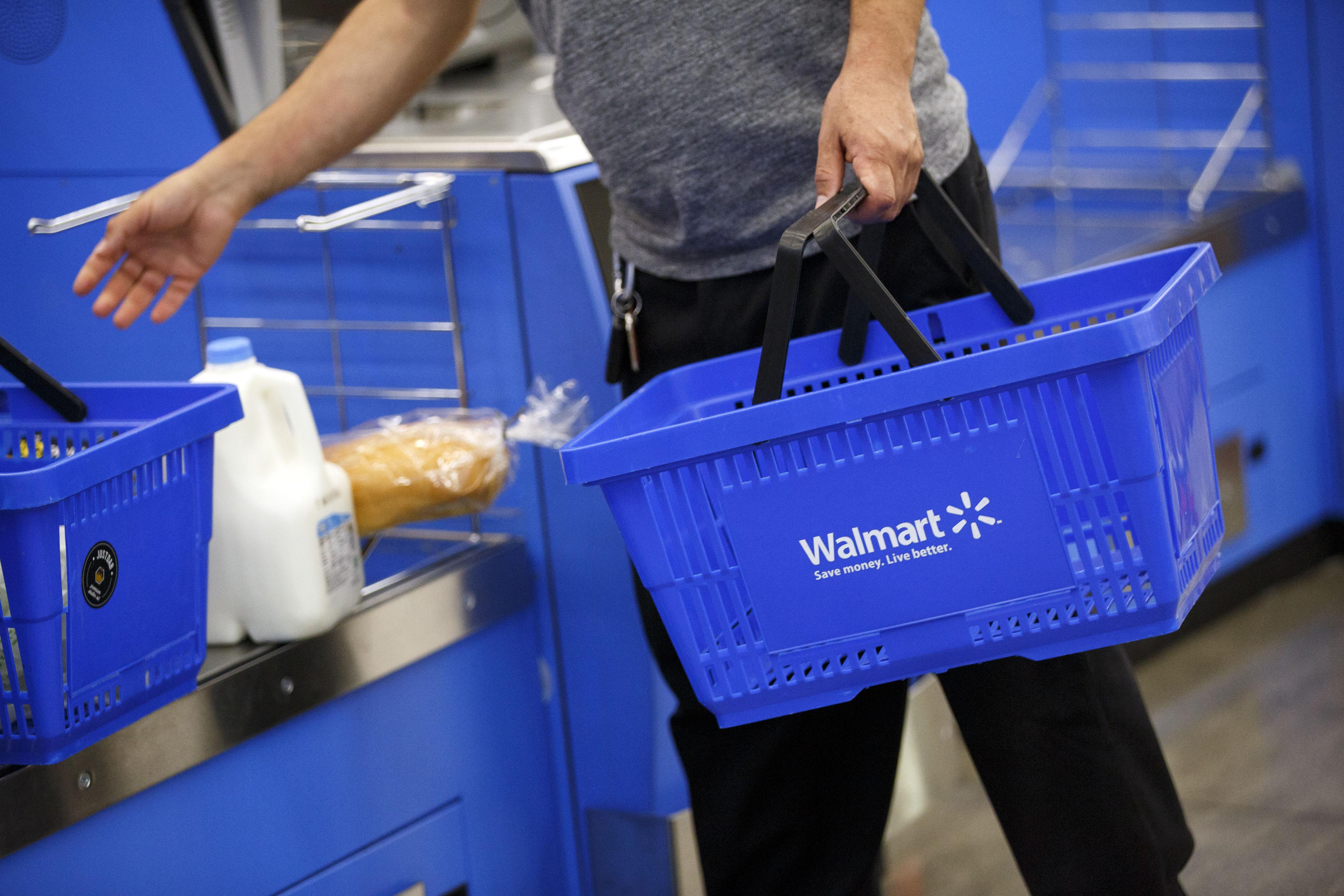 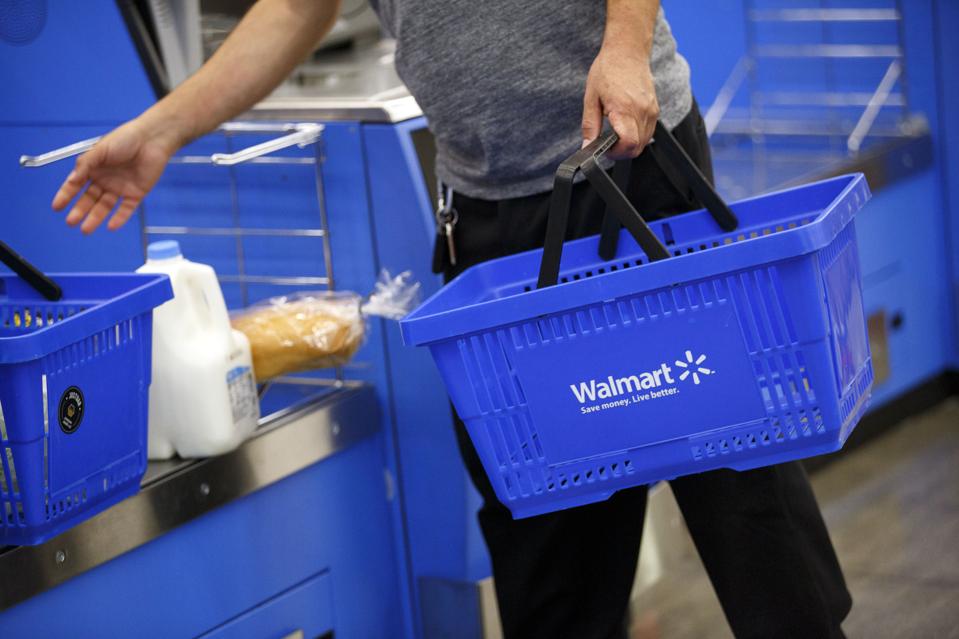 Walmart is taking the idea that COVID-19 is the greatest experimentation hall pass in retail history to heart. In the span of a few months, Walmart, across its brand portfolio, has launched contactless payment via Walmart Pay, rolled out concierge shopping at Sam’s Club, formed new partnerships with ThredUP and Shopify, and, last but not least, this week converted all its conveyor belt checkout lanes to self-checkout counters in one of its Fayetteville, Arkansas stores.

Now, before anyone gets carried away, the Fayetteville Walmart store is not a “self-checkout only store” (my quotes). According to a Walmart spokesperson, Walmart customers will still “be able to checkout in all the same ways they could before the redesign – that includes having an associate scan and bag their items.”

“Rather than having one cashier assigned to a single cash register, we will have multiple checkout hosts assigned to the checkout area to move back and forth to different registers to assist customers as they want to be assisted,” the spokesperson added.

Hairsplitting notwithstanding though, the move is still a huge wow. While not a self-checkout only store in function, in form it is still one heck of a bold move forward.

The average Walmart Supercenter WMT is 182,000 square feet. That is a massive scale upon which to say that the entire checkout process design will run through a system of self-checkout machines.

But, it shouldn’t be a surprise either.

For one, COVID-19 is a reality, so it is a smart move on Walmart’s part for both customer and employee safety to test the idea and to see how things play out. For two, Walmart has experimented with checkout-free options in the past, so a self-checkout dominant store is also just a natural extension of its earlier experimentation efforts.

Previously, Walmart had its own scan-and-go mobile checkout-free program up until 2018. Sam’s Club has had a similar mobile program in place since 2016 across all of its stores, and, in the last few years, Walmart has implemented the concept in Walmart Canada and also gone all-in on a true checkout-free only concept store in Texas, called Sam’s Club Now (see video below).

There is an important distinction between the Walmart Canada and Sam’s Club implementations and Walmart’s previously shuttered scan-and-go program, however. The former all have controlled exit points within their experience designs, which is an important theft deterrent (the reason rumored to have been behind Walmart’s cancellation of its program).

The Fayetteville test is different.

It is a little bit of the best of both worlds, adapted to a new environment — the U.S. Walmart Supercenter. Walmart’s Fayetteville store is a hybrid experiment of what Walmart has likely learned from the past combined with the everyday new realities of COVID-19 and what customers are likely to adopt.

And, for that reason, it is also an audacious experiment that should put the entire specialty apparel industry to shame.

If one is keeping score at home, self-checkout retail has been tried in the U.S. by Walmart (see above), Amazon AMZN (see Amazon Go), 7-Eleven (mobile checkout in NYC), and even LaGuardia Airport, for crying out loud, but specialty apparel has been slow to do almost anything with the concept.

It makes no sense.

It should be easier to experiment with checkout-free retail within specialty apparel retail than in any big box retailer or grocer.

First, store footprints are decidedly smaller. Walmart is putting a complete self-checkout system in an almost 200,000 square foot operation, while the average specialty apparel retail site is what? 1,500 to 3,000 square feet?

Not only that, but, second, Walmart also carries hundreds of product categories, including food, the complexity of which to manage is far more difficult than, say, carrying, a mock turtleneck for both men and women (lest anyone forget — Walmart carries apparel too).

Third, the systems are all already available for quick experimentation within speciality retail, too. All it takes is some guts and a dream. Nearly any retailer could get started tomorrow with some mixture of the following:

Look back at the Sam’s Club Now video above. It highlights all that needs to be done.

First, a risk-taking apparel retailer would just need to take one of its many storefronts throughout the U.S. and actually try something innovative and next-gen. Second, it would need to set up a controlled entry and exit at the front of the store by way of a mobile app download and scan (similar to Amazon Go). Third, it would need to integrate its inventory and promotional and markdown systems with a mobile cloud point-of-sale vendor. Fourth, it would need to step back, get out of the way, hand shopping bags to people upon entering, and ask that they scan barcodes on the clothes and pay for whatever they want electronically and just walk out.

That’s it — just four easy steps. That is all it would take.

RFID, which many retailers already have in place and embedded within their garments, could also be used for correlated real-time theft prevention by way of smart readers in the ceiling placed above the entry/exit points. If a customer were to attempt to exit with an item for which he or she has not paid, RFID readers would pick up the exit attempt, see that an item in the bag has not been purchased, and quickly alert sales staff to the potential issue.

The coolness factor of RFID is that the system would work, and, more importantly, it also would give apparel retailers a real-time understanding of their inventory position in store at all times, something which is both critical and also an incredible struggle for retailers as they deal with the newfound omnichannel and COVID-19 realities of order pickup and shipping from store and the continued pressure on in-store hourly payrolls.

Now, will this cost money?

Sure, in the short-term, but it’s money for one-store to test and learn.

The total cost to implement something like what was just described is probably the equivalent of 3 to 5 executive salaries at best. If an apparel retailer’s choice is either to die from not figuring out how to foster new economies of scale within its mall-based operating model or to sacrifice 3 to 5 overpaid execs to the retail gods for a better future, then it is easy to see upon which sacrificial altar they should lay their lambs.

Walmart is the biggest retailer around. What Walmart is trying to do is like steering the Titanic through the Denmark Strait in a storm, while, for your average apparel retailer, installing a self-checkout system in one store is like pedaling a paddle boat built for two in Boston Common on a clear summer day.

One is scary. The other shows just how downright silly it is that no apparel retailer has even made a substantive go of it yet.