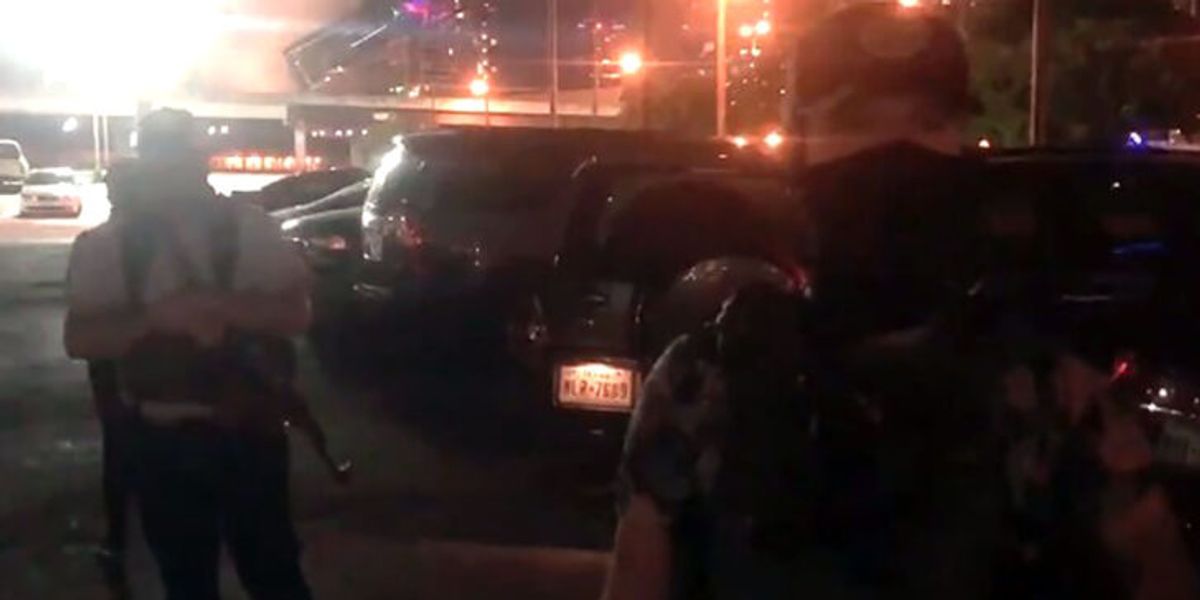 Violent riots erupted in U.S. cities again on Saturday night, including in Dallas, Texas. What started as peaceful protests for George Floyd in downtown Dallas on Saturday afternoon splintered into fiery riots with looting, attacks on police officers, and buildings being set on fire and vandalized. Dallas police said they made 74 arrests as of Sunday morning after a night of rioting.

A group of armed men had enough of the chaos and destruction of private businesses, so they took it upon themselves to make sure Dallas businesses were safe. The armed Texans took to the streets of Dallas to try to protect stores, but also supported the George Floyd supporters who were protesting peacefully.

“We’re here using our Second Amendment right to enforce and let everybody use their First Amendment right as long as they’re peaceful,” one of the armed civilians told Elijah Schaffer of TheBlaze, who is the host of the “Slightly Offens*ve” podcast.

This comes days after there were a group of armed men stood on guard to protect a tobacco store during George Floyd protests in Minneapolis. After seeing so many Minneapolis retail locations being looted, the men wanted to discourage the store from being robbed.

The men said they wanted to “see if these guys need help” since “cops can’t get in here.”

“I figure before there were cops, there were just Americans — so here we are,” one of the men said on Wednesday.

Just the same as the armed citizens in Dallas, the Minneapolis armed men agreed with peaceful protesters demanding justice for George Floyd.

“Bottom line: Justice for Floyd, and I hope they stop looting at some point,” one of the armed men in Minneapolis said.

“We definitely don’t agree with the looting though we do agree with the cause and the protest,” another man holding a firearm said. “It’s about damn time [that] heavily armed rednecks stood with fellow citizens.”