On Saturday afternoon, several boats participating in a Texas parade in support of the President were forced to call for assistance after facing choppy waters on Lake Travis near the Texas capital of Austin. While the images of the sinking Trump-flagged ships are no doubt embarrassing, it’s the President’s sinking polling numbers that are a greater cause for concern in the White House.

On Saturday afternoon, the Travis County Sheriff’s Officer confirmed via Tweet that it responded to multiple calls for boats in distress on Texas’s Lake Travis during a boat regatta in support of the President. CNN reported that Kristen Dark, the senior public information officer for the Travis County Sheriff’s Office, had confirmed that several of the vessels sunk. No injuries were reported. 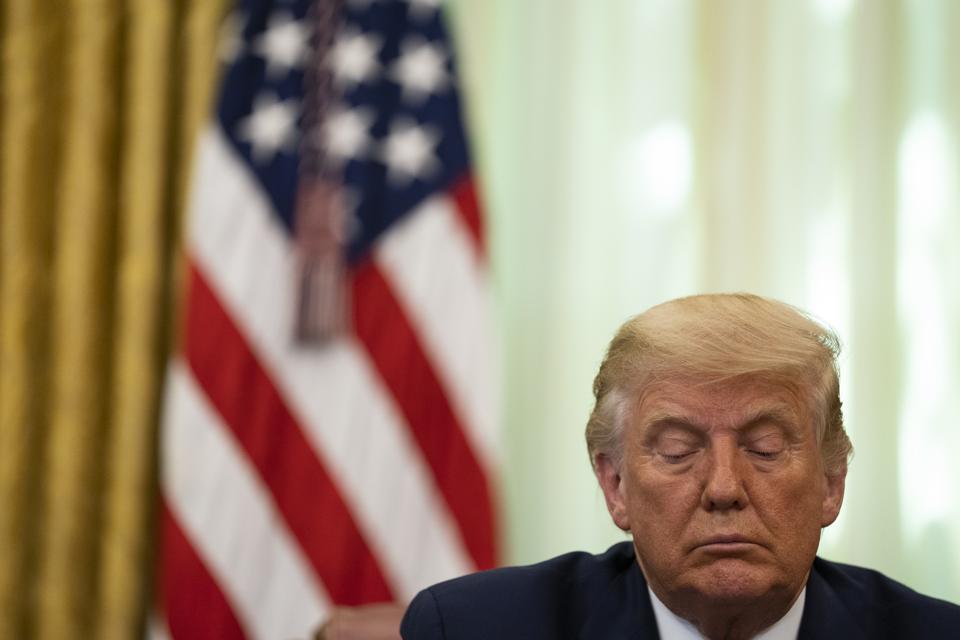 The boat parade was the latest in a series of boat regattas undertaken in support of the President, and more than 2,600 attendees were expected in for Texas parade. Another regatta was held on the Ohio River between West Virginia and Ohio on Saturday without incident. But past boat parades have frequently drawn local and national attention. For example, in August several upstate New York waterfront owners complained after a pro-Trump boat parade on Lake George purportedly created a wake large enough to damage private docks.

Despite the drama of the sinking pro-Trump boats on Saturday, however, there is another type of sinking that is no doubt capturing the President’s and his advisor’s attention.

A recent spate of polling shows that, despite expectations that the President’s campaign numbers might improve following the Republican National Convention, Democratic challenger Joe Biden is maintaining a steady lead in many polls, including in several key battleground states.

The Fox News polls track other polling that shows the post-RNC “virtual” convention bump that the Trump campaign hoped to build on has rapidly slipped. A range of polls show that nationally Biden is leading with a margin of seven or more percentage points. Nonetheless, some polls also show the race tightening. Recent surveys by Monmouth University show a much closer race in North Carolina, and the race in Pennsylvania being close enough that is within the margin of error.

What recent polls haven’t factored in, however, is the recent controversy related to reports by The Atlantic and others that President Trump made condescending remarks about American service members, and the polling also doesn’t factor in recent news of Biden’s enormous fundraising in August, which topped $364 million. Those recent events are sure to shake up the race even further.

With the Labor Day weekend being viewed as the beginning of the stretch run of the presidential election season, there will no doubt be more shifts and surprises in what has already been a historic presidential race. But much like the Trump-supporting boats that took on water in Texas on Saturday, the Trump campaign has a lot of bailing out to do if the President is to be reelected in November.

Indeed, if Saturday’s events are any indicator, the next several months will no doubt be stormy for both candidates. But for Trump and his supporters, the current condition indicates anything but smooth sailing.