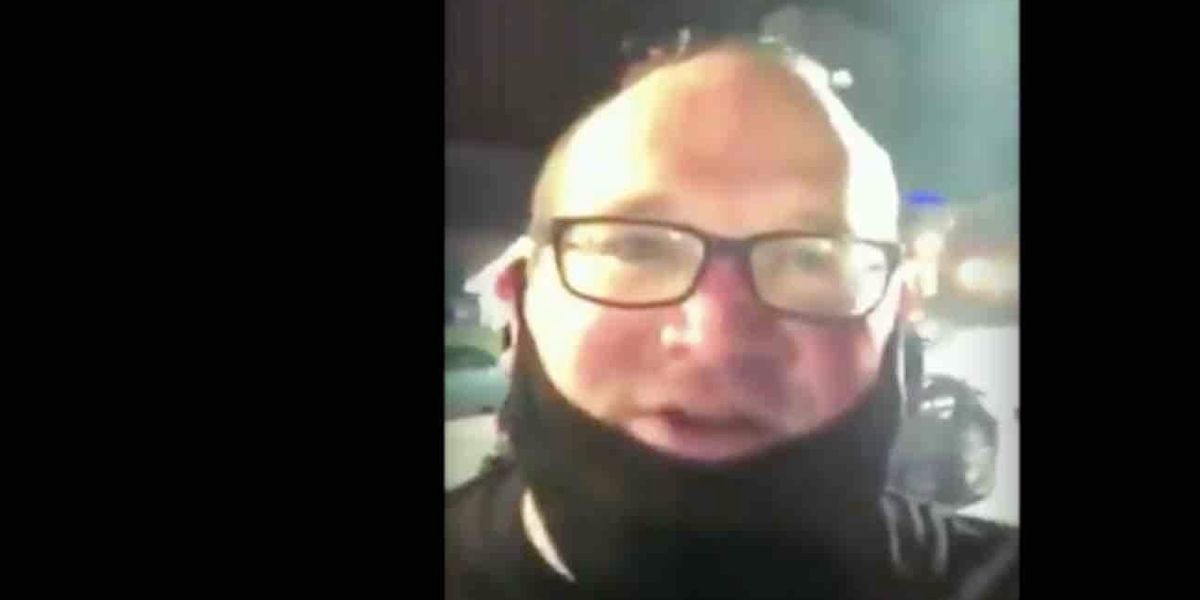 The New York assistant principal who went on a “f*** the police” tirade at a Black Lives Matter protest in Rochester has been placed on leave.

“Mr. Steven Lysenko is a tenured administrator with due process rights. He has been placed on administrative leave pending an investigation,” the Spencerport Central School District’s website noted. “We appreciate the outpouring of emails, posts and comments regarding this matter, and we hope you understand that given this is a pending investigation we are unable to respond. Thank you for your patience.”

Lysenko of Spencerport High School in suburban Rochester expressed anger during a Facebook Live video Saturday describing an encounter with cops on a bridge.

“Our peacekeepers ended up shooting pepper spray at us for singing and chanting and telling them what a s***ty-assed job they were doing. They can f*** right off, America!” Lysenko said.

This is Steven Lysenko, assistant principal at Spencerport High School in Rochester. He was at the riot last night… https://t.co/qSaXyL11G2

The video went viral and reportedly outraged some families, according to WROC-TV.

The school district initially issued a statement denouncing Lysenko’s behavior but stopping short of revealing what discipline would be handed down:

Response to a social media video of district employee at the Rochester protest. As we have stated consistently and clearly, Spencerport Central School District stands in solidarity in support of racial equality and systemic change. We remain committed to this change, and want all of our families to know we further stand in solidarity with peaceful protesters. However, when a District employee uses language in public or on social media that does not align with our Code of Conduct or demonstrate appropriate role modeling for students, that is something that we will not condone. These statements by our administrator have caused disruption within our school community. We apologize to our students, parents and community that you had to hear this language from one of our employees.

How are folks reacting?

One person tweeted that Lysenko “is legitimately the one of very few employees in the SCSD that works to better our district for [people of color] students and families” while another countered that “such crass language and hatred — on a public platform — for [Rochester police] is a disgrace. This does not reflect what Spencerport is truly about.”

Lysenko has worked at the district since 2011, and on Sunday he declined to comment to the Democrat & Chronicle.

Protests have raged in Rochester of late, some of which have turned hostile, including protesters tormenting diners. On Saturday night, three Rochester police officers were hospitalized after rioters threw bottles and rocks — as well as shot fireworks — at them.

The unrest stems from the release of bodycam video of the arrest of Daniel Prude, who died while in the custody of Rochester police in March. Seven police officers have been suspended for their involvement in the arrest.

On Tuesday, the city’s entire police command staff — including Chief La’Ron Singletary — stepped down over the issue. Singletary said he’s resigning because his character was being maligned.