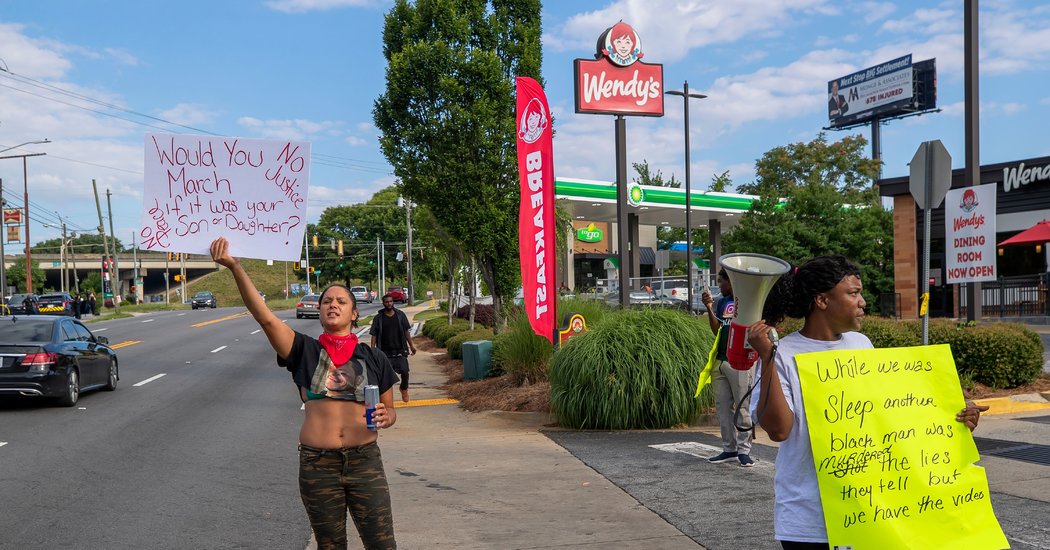 An Atlanta man died after being shot by the police who found him asleep at a Wendy’s drive-through on Friday night, the authorities said.

The man, who was identified as Rayshard Brooks, 27, of Atlanta, had fallen asleep in his vehicle, causing other customers to drive around him, the Georgia Bureau of Investigation said in a statement.

Mr. Brooks struggled with the police officers after he failed a sobriety test, the authorities said. As he was being arrested, he resisted and witnesses reported that Mr. Brooks grabbed and was in possession of a Taser that had been deployed by the police.

He was shot during the struggle, the bureau said, though a bystander’s video shared on social media showed the struggle between Mr. Brooks and officers, and appeared to show him running away when the police opened fire.

Mr. Brooks was taken to a hospital where he died after surgery. One officer was treated for an injury during the episode and was later released.

The Fulton County District Attorney’s Office said it was conducting its own investigation into the shooting, separate from the bureau’s.

“Our thoughts and our sympathies are extended to the family of Rayshard Brooks as we must not forget that this investigation is centered upon a loss of life,” the district attorney, Paul L. Howard Jr., said in a statement.

State and local officials spoke out about the shooting.

The Rev. James Woodall, the state president of the N.A.A.C.P., said on Saturday of Mr. Brooks, “there was nothing that he did that was deserving of death.”

“Our overall message is that we are done dying,” the reverend said. “We are done waking up at 1 or 2 in the morning to another murder or yet another case of police brutality.”

Former gubernatorial candidate Stacey Abrams said on Twitter that the killing of Mr. Brooks “demands we severely restrict the use of deadly force.” She added, “sleeping in a drive-thru must not end in death.”