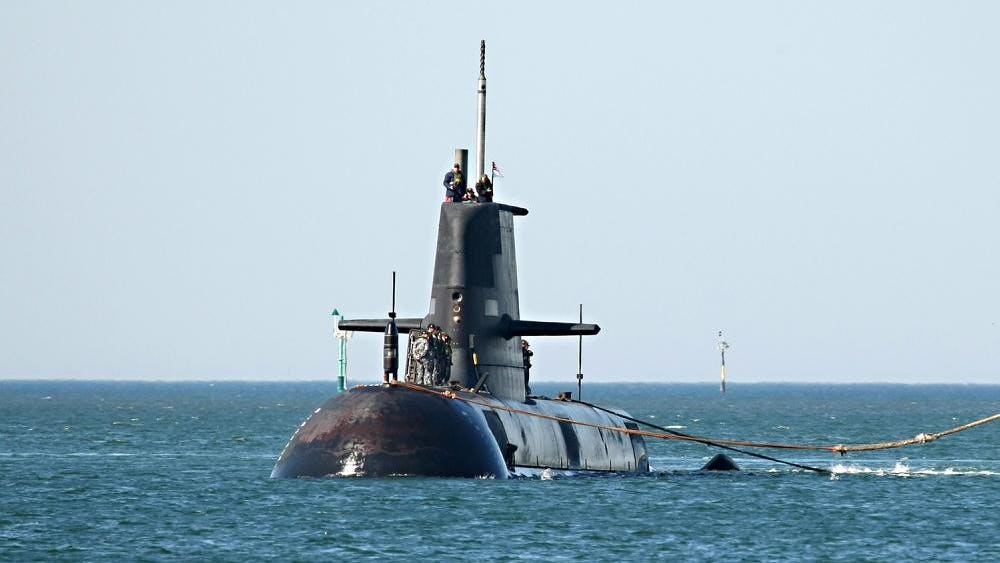 China’s navy is on the rise, steadily adding new and better ships and submarines. Western and allied fleets are trying to keep some. Some are succeeding. Others … aren’t.

The U.S. Navy, for one, is lost at sea, its planning and budgeting in chaos amid collapsing leadership. The Pentagon wants to grow the fleet from today’s 300 front-line ships to 355 by 2030 or so. But there’s no plan, money or political will to do so.

The Americans could look west for an example. The Royal Australian Navy with its 17,000 sailors and 50 or so large ships isn’t big—for comparison, the U.S. Navy’s payroll is more than 400,000.

But the Australian fleet is modern, balanced and in the early stages of a wide-ranging modernization and expansion that, while expensive, appears to achievable. This new fleet could give Australia the naval muscle to stand up to an increasingly assertive China.

As part of a $400 billion defense-wide plan stretching out to 2030, the Australian navy plans to replace older frigates, add patrol vessels, minehunters and support ships and, most impressively, double the submarine fleet.

“This is a truly national endeavor involving all states and territories, industry, science and technology, and the education and training sectors,” the government announced in a July update to its 2016 defense strategy. 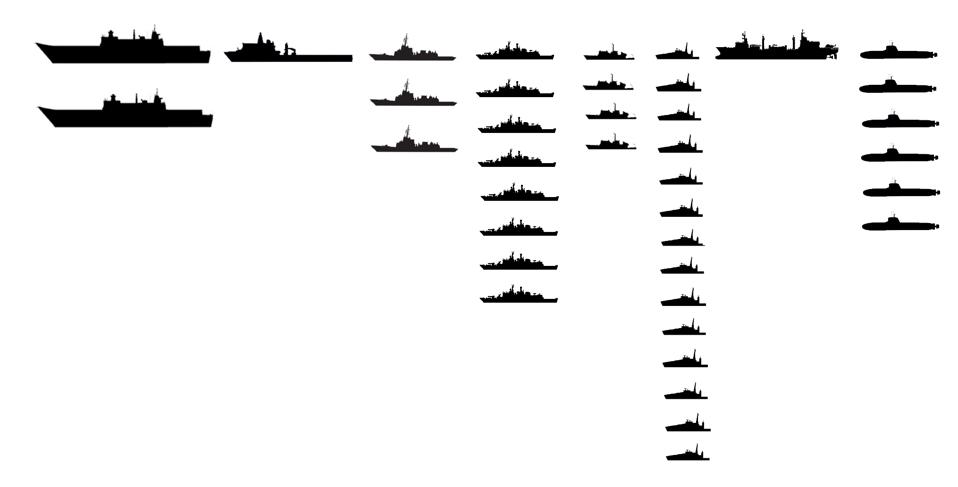 And then there are the submarines. Six Collins-class diesel-electric boats, each displacing 3,000 tons. Submarines are disproportionately powerful in the wide, deep expanse of the Pacific Ocean—and uniquely suited to battling the Chinese fleet, which lacks experience in anti-submarine warfare. So it should come as no surprise that Canberra wants more of them.

A dozen new Attack-class subs, each displacing 4,500 tons, are the heart of the future fleet. Twelve larger offshore patrol vessels replace most of the patrol boats. The minehunting fleet doubles to eight. Two new logistics ships replace the current one.

Nine new 7,000-ton frigates based on the British Type 26 replace the eight ANZACs. The amphibious and support forces grow with the addition of two new hybrid sealift-and-logistics ships.

The result, assuming the government’s resolve—and appropriations—hold, is a bigger and much more capable Australian fleet that grows where growth most obviously translates into more combat power. Under the sea.

Both the United States and Australia aim to resist China’s rise as a maritime power. But only one has a clear plan for actually doing so. If the U.S. Navy followed Australia’s example, it would double down on submarine production and reinforce its support and patrol flotillas while holding the line on aviation vessels and larger surface combatants.

The Australian approach might not be perfect for the Americans, but it sure beats the chaos and confusion that, for many months, have characterized U.S. naval planning.