An ax-wielding man was on a bit of a rampage Tuesday afternoon in Apopka, Florida, attempting to break into multiple homes in the Rolling Oaks subdivision, WFLA-TV reported.

Finally he arrived at a home on Yvonne Street around 5:30 p.m. and used the ax to smash through the back door, authorities told the station.

Inside the residence were children and their mother, WFLA said — but this mom also happens to be an Orange County Sheriff’s deputy.

Fearing for her life and for the lives of her kids, the off-duty deputy shot the intruder multiple times in the lower half of his body — but he still got inside, the station said.

The intruder wrestled with the deputy — but the two-year vet got the upper hand and managed to handcuff the suspect, WFLA reported.

When more deputies arrived at the scene, they used tourniquets to stop the intruder’s bleeding, the station said.

It was the first time the deputy used her department-issued gun, WFLA said.

Orange County Sheriff John Mina told the station the deputy has been “trained to react to something like this, but we don’t expect that in our own home.”

Authorities identified the suspect as 40-year-old Steven Thayer, WKMG-TV reported, adding that he’s was in stable condition and faces charges of aggravated assault with a deadly weapon and armed burglary of an occupied dwelling with a deadly weapon. 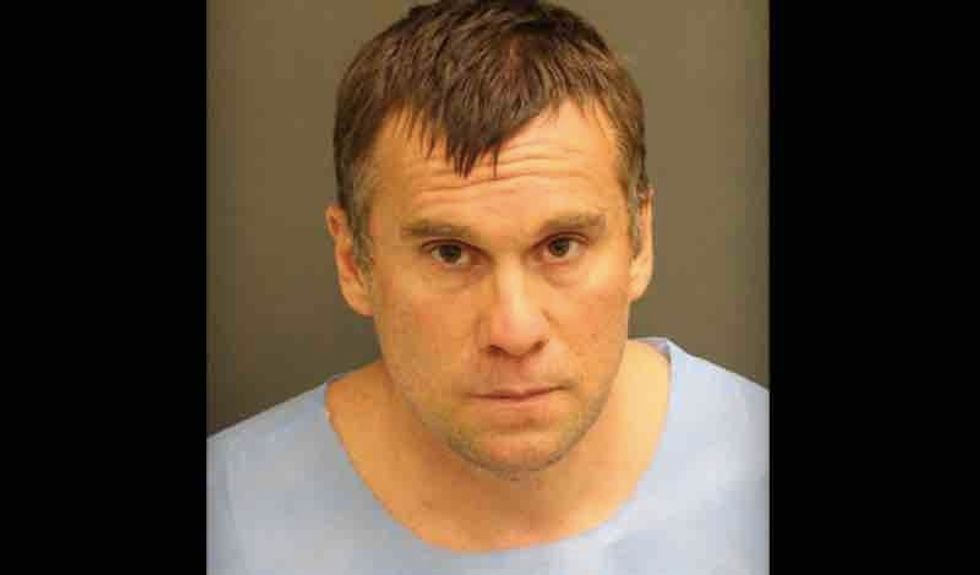 “This could happen to anyone, but our deputies are trained to protect ourselves, protect our communities, and this person broke into a deputy’s home with an ax — and who knows what his intentions were — but anyone like that is going to be met with lethal force by our deputies, and I think she did a great job,” Mina told WKMG.