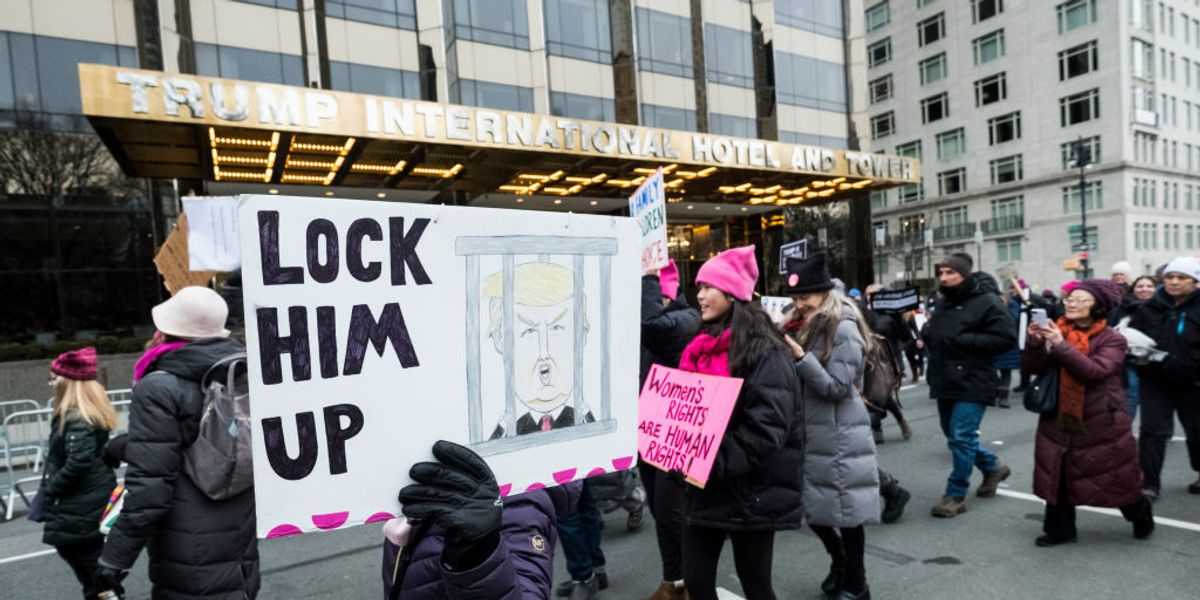 The first Women’s March in 2017, held the day after President Donald Trump was inaugurated, drew millions of protestors across the country, but Saturday’s iteration of the annual protest could barely muster 100 supporters in some cities.

Three years ago, the organizers of the Women’s March boasted having over 400,000 attendees at their protest in New York City. According to the Associated Press, only “hundreds of people” showed up to the “Rise and Roar” rallies in Foley Square and Columbus Circle. The protestors told reporters they were marching in support of abortion rights, immigration, and climate change issues. They are also heavily critical of Trump.

Even the media is noting the decline in enthusiasm around the marches. The AP described the number of Washington, D.C., protestors as being “far fewer than last year when about 100,000 people held a rally east of the White House.”

“Today, we will be the change that is needed in this world! Today, we rise into our power!” activist Donna Hylton said to a small cheering crowd in Foley Square, as reported by the AP.

The Women’s March has been plagued by internal divisions for several years between more traditional feminists and intersectional feminists who want to broaden the mission of the movement to supporting other causes, such as anti-Israel BDS policies.

Last year, the organization parted way with three of its founders, Linda Sarsour, Tamika Mallory, and Bob Bland. The trio was heavily criticized over its support of black nationalist Louis Farrakhan and their refusal to denounce his history of making anti-Semitic statements.

In a statement to the Washington Post, the organization said at the time that the old board members were transitioning “off of the Women’s March Board and onto other projects focused on advocacy within their respective organizations.” As TheBlaze reported at the time, their replacements were also criticized for having their own history of controversial statements.

“This is the new leader of the [Women’s March],” Reagan Battalion wrote on Sept. 16, 2019, in reference to new board member Zahra Billoo. “A terror suporter, antisemite, and even worse than [Linda Sarsour].”

The lackluster turnout for the Women’s March come as polling has shown Trump’s approval numbers have remained stable despite overwhelmingly negative media coverage and the Democrats’ impeachment efforts. As of the writing of this article, Trump’s approval stands at 44 percent with at least one poll of likely 2020 voters showing him as high as 51 percent.

A comparison of Trump’s approval ratings with those of Barack Obama’s at this point in his presidency show the two men with similar figures at or around 44 to 45 percent.