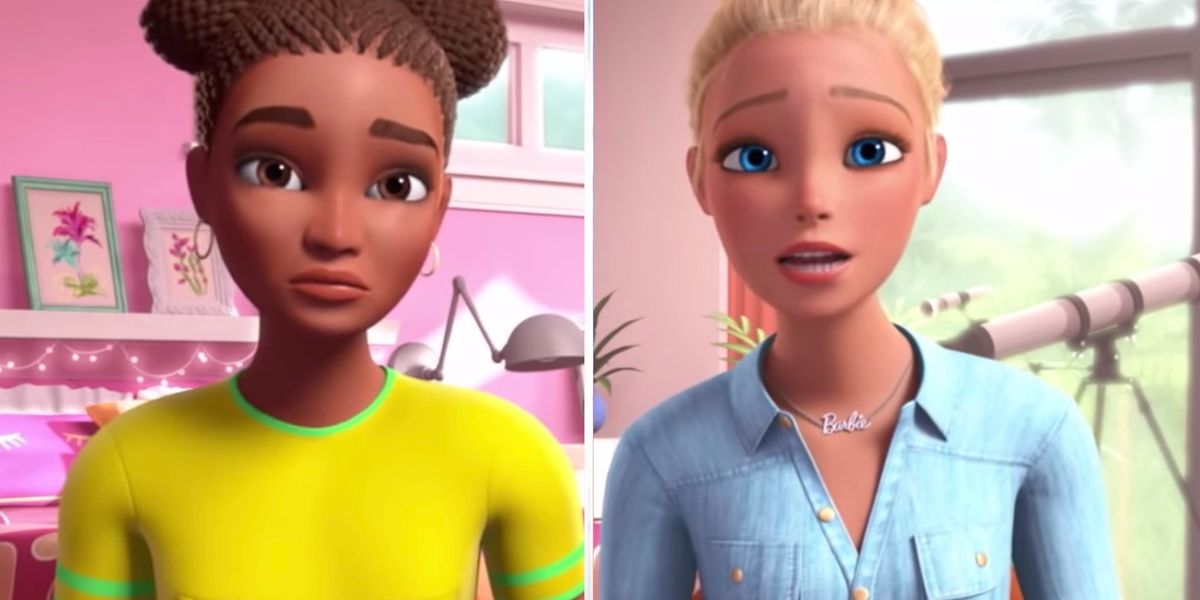 Mattel published a video for their Barbie franchise featuring the cartoon version of the doll having a very difficult discussion about the racist experiences of her black doll friend, Nikki.

The video was posted to the official Barbie YouTube page on Wednesday.

“There is a huge movement going on,” Barbie said.

“Millions of people across the world are standing up to fight against racism, and they’re doing this because too often and for such a long time, people have been treated unfairly, and in some cases even hurt by others, because of the color of their skin,” she explained helpfully.

Barbie encouraged Nikki to explain the racism she faced as a black doll in modern day America.

“Barbie and I had a sticker-selling contest on the beach last month. We split up and went our separate directions to see who could sell the most. While I was on the boardwalk, beach security stopped me three times. The security officer thought I was doing something bad, even though I was doing exactly the same thing that you were doing,” Nikki claimed.

“And remember when we were going to join that French honor club at school? Well, I made a perfect score on the entrance test, but when the teacher, who didn’t know me at all, gave me my results, he told me I only did well because I got lucky. He said he knew I couldn’t speak French that well!” Nikki said.

Barbie expressed shock at the story.

“What? You speak French better than all of us! Why didn’t you stay in the club to prove him wrong?” asked Barbie.

“I don’t want to constantly prove and reprove myself,” said Nikki.

Barbie goes on to give what appears to be a definition of white privilege.

“When we don’t say anything, we’re just letting it continue!” said Barbie.

In their glowing article about the video, USA Today claimed the video had gone viral without noting that the Barbie YouTube page had nearly 10 million subscribers, while the video had only garnered 247,000 views. Other videos on the page, like the one entitled, “MERMAID SPARKLE SLIME!” garnered more than 625,000 views.

Comments were also turned off for the propaganda video.

Here’s the Barbie video of Nikki talking about doll racism: