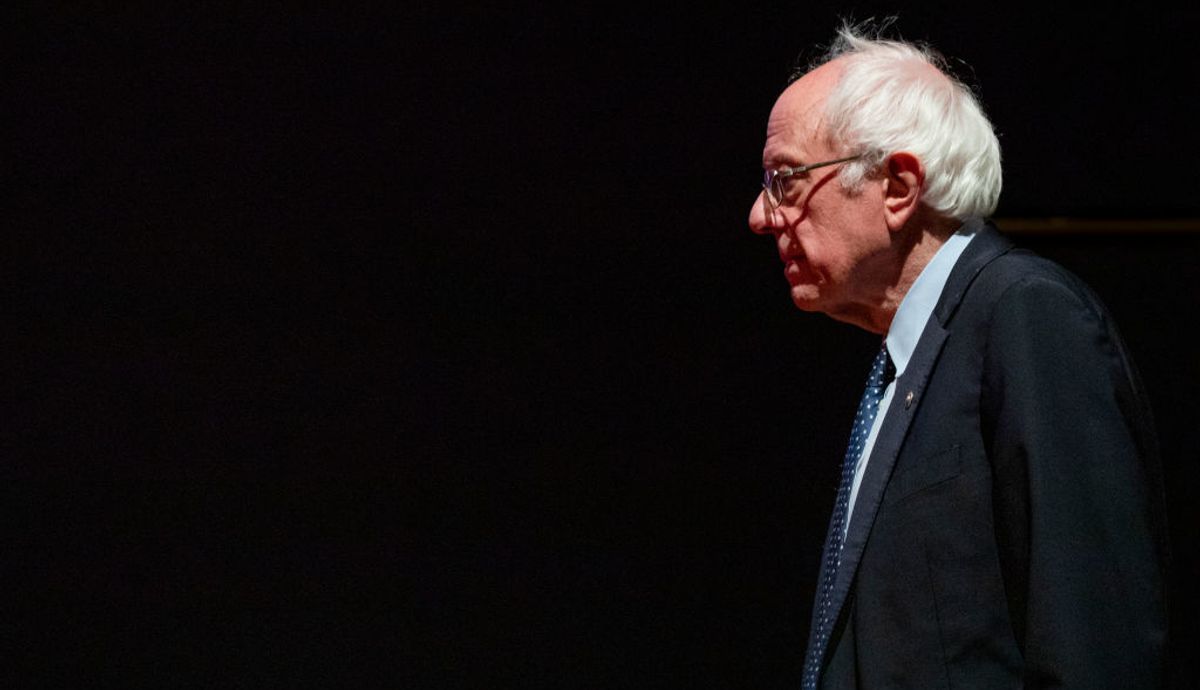 In anticipation of his winning the 2020 presidential election, the campaign for Sen. Bernie Sanders (I-Vt.) is preparing “dozens of executive orders” that he could unilaterally enact in his first days in office, bypassing Congress in doing so.

The potential executive orders touch on a number of different domestic policy issues, such as immigration, the environment, and economic policy, according to a campaign document obtained by the Washington Post:

Aides have presented Sanders with a list of possible executive actions, including more than a dozen options for reversing President Trump’s immigration policy, such as lifting the cap on the number of refugees accepted into the United States and immediately halting border wall construction. Another option is the reinstatement of an Obama-era program that granted legal status to undocumented immigrants brought to America as children.

The list of potential executive orders includes unilaterally allowing the United States to import prescription drugs from Canada; directing the Justice Department to legalize marijuana; and declaring climate change a national emergency while banning the exportation of crude oil. Other options cited in the document include canceling federal contracts for firms paying less than $15 an hour and reversing federal rules blocking U.S. funding to organizations that provide abortion counseling.

The fact that the Sanders campaign has been preparing the list shows a willingness to work around Congress to achieve policy objectives in case the Republicans maintain control of the Senate or take back the House in 2020.

Many of Sanders’ proposals would not be supported by Republicans, and perhaps even many Democrats, in Congress.

The document, put together by Faiz Shakir, Sanders’s campaign manager; Warren Gunnels, a senior adviser; and Josh Orton, the campaign policy director, urges Sanders to use executive authority to right the wrongs of the Trump administration.

“We cannot accept delays from Congress on some of the most pressing issues, especially those like immigration where Trump has governed with racism and for his own corrupt benefit,” the document states.

Why does it matter?

Expanding presidential power has been a concern in American politics for some time. Who expresses the concern, however, is largely determined by which political party has representation in the executive branch.

Last January, amid reports that President Trump intended to declare the crisis at the souther border a national emergency, Sen. Marco Rubio (R-Fla.) expressed concern that one day a Democratic president, using Trump’s declaration as precedent, could declare a national emergency for a liberal policy objective — like climate change.

“I think the president has broad powers to declare national emergencies. I think they should be used very judiciously,” Rubio said. “It sets long-term precedents, and I can tell you, that for people on my side of the aisle, one of our concerns we should have is: If today, the national emergency is border security and it entitles him to go out and do something, and we all support that — tomorrow, the national security emergency might be, ya know, climate change, so let’s seize fossil fuel plants or something.”

The Sanders campaign document seems to indicate that Rubio’s concerns were valid.

Speaking with the Washington Post, Jason Pye, vice president of legislative affairs at the conservative think tank, FreedomWorks, argued “every time a president leaves office, they leave office with more power the next president in line can take and expand.”

With Sanders surging to a lead in the Democratic primary polls, the release of this document may cause even greater concern among those wary of expanding executive power.

Currently, the Vermont senator leads by a sizable margin in the first two primary states, Iowa and New Hampshire.