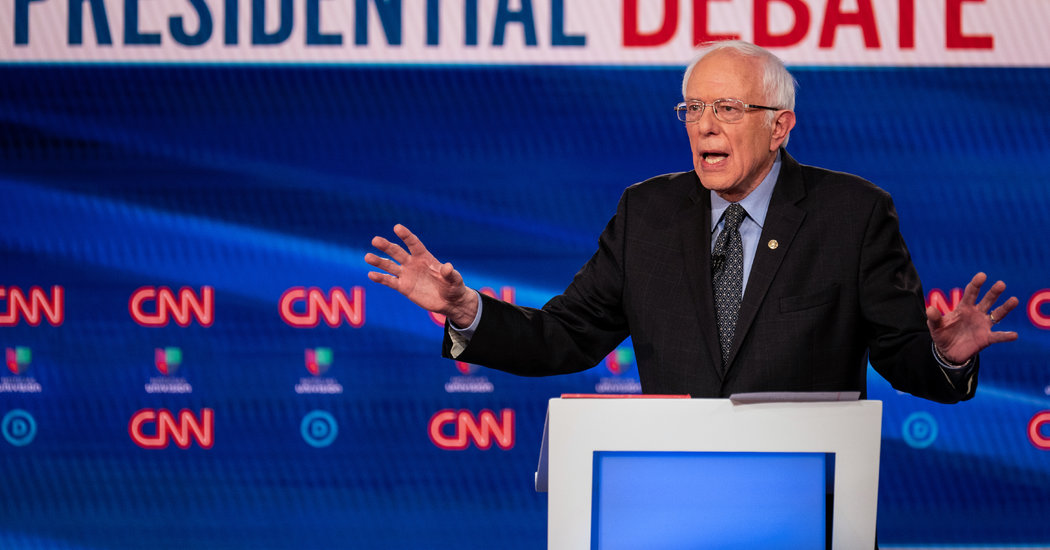 Their policies and political outlooks diverge at nearly every turn, but one of the most constant and caustic clashes between former Vice President Joseph R. Biden Jr. and Senator Bernie Sanders is over Social Security.

The dispute goes back months, when Mr. Sanders’s campaign began attacking Mr. Biden and arguing he had previously voted to cut Social Security, something Mr. Biden has vehemently denied.

On the debate stage on Sunday, the two candidates ignited over the issue again, as Mr. Sanders tried to pin down Mr. Biden on an argument he made years ago from the Senate floor:

Sanders: Let me ask you a question, Joe. You’re right here with me. Have you been on the floor of the Senate, you were in the Senate for a few years, time and time again talking about the necessity, with pride, about cutting Social Security, cutting Medicare, cutting veterans programs?

Sanders: You never said that?

The two continued to debate about whether Mr. Biden voted for a balanced-budget amendment that also would have called for cuts in Social Security.

Throughout his decades-long career, Mr. Biden has at times supported freezes, and backed proposals that have drawn criticism from some who worry about the effect on the program. But Mr. Biden has also released a plan for strengthening Social Security, and has proposed providing a higher benefit to the oldest beneficiaries of the program.

The quotation that Mr. Biden said was dishonestly described by the Sanders campaign was from a speech he gave in 2018, mocking former Speaker Paul D. Ryan’s attempts to cut Social Security and Medicare. When the Sanders campaign wrote the quotation out in an email it shared with supporters, Mr. Biden’s sarcastic tone could not be easily identified.

The clash over Social Security at Sunday’s debate was just the first in a litany of criticisms Mr. Sanders leveled at Mr. Biden for his past votes in the Senate, including on the federal bankruptcy bill and the Defense of Marriage Act. Mr. Biden countered, saying Mr. Sanders had voted against a gun control bill.