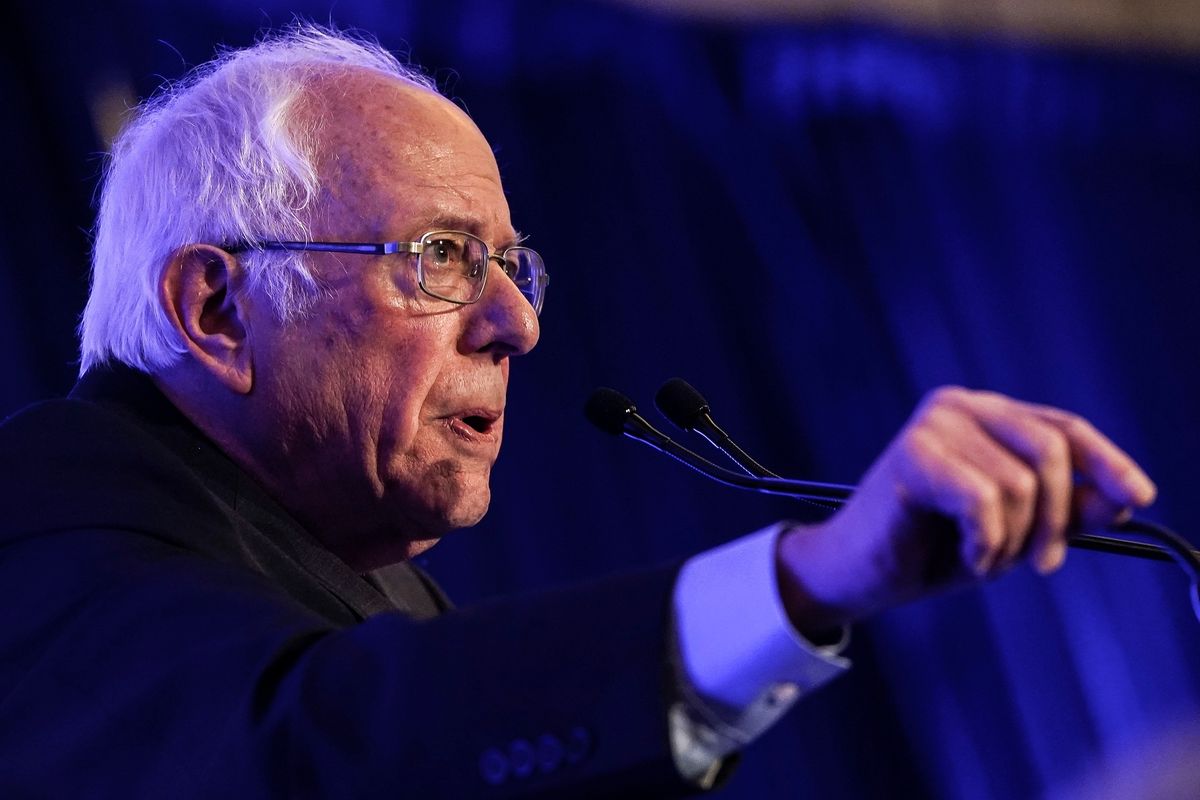 Democratic presidential front-runner and self-described democratic socialist Sen. Bernie Sanders (I-Vt.) refused to back down from his praise of late communist Cuban dictator Fidel Castro on Monday night, saying, “truth is truth,” and adding some kind words for the “achievements” of Chinese communist rulers.

Sanders received major blowback from Republicans and even several Democrats after a “60 Minutes” interview that aired Sunday night, where he doubled down on comments he made decades ago singing the praises of Castro.

“We’re very opposed to the authoritarian nature of Cuba,” Sanders told Anderson Cooper. “But it’s unfair to say that everything is bad.”

The longtime senator went on to argue, “When Fidel Castro came into office, you now what he did? He had a massive literacy program. Is that a bad thing even though Fidel Castro did it?”

During a CNN townhall Monday night, host Chris Cuomo read Sanders’ comments from “60 Minutes” before asking the democratic socialist to respond to his critics.

“When Fidel Castro first came to power, which was, what, ’59? You know what he did?” Sanders began. “He initiated a major literacy program. There were a lot of folks in Cuba at that point who were illiterate, and he formed a literacy brigade…that went out and they helped people to read and write.”

Sen. Sanders continued, “You know what? I think teaching people to read and write is a good thing.” He went on to claim, “I have been extremely consistent and critical of all authoritarian regimes all over the world, including Cuba, including Nicaragua, including Saudi Arabia, including China, including Russia. I happen to believe in democracy not authoritarianism.”

Yet, instead of offering any criticisms of those countries, Sanders said, “But, ya know, you can take China as another example. China is an authoritarian country, becoming more and more authoritarian, but can anyone deny — I mean, the facts are clear — that they have taken more people out of extreme poverty than any country in history.”

“Do I get criticized because I say that?” Sanders added. “That’s the truth.”

Cuomo then pressed Sanders, asking him how he would respond to “the Democrats who say, ‘You don’t say good things about Fidel Castro. He destroyed freedoms in that country, he played (picks) winners and losers and killed them and put them in prison forever — you don’t give him a pat on the back for anything.'”

Appearing flustered, Sanders insisted, “Truth is truth, alright?” garnering applause from the audience and reiterating his praise of Castro once more.

What Sen. Sanders did not mention were the means through which Castro used to implement his “literacy program” and everything else as part of his Marxist indoctrination. Fidel Castro staged a murderous overthrow of Cuba in the name of communism using firing squads, torture, the seizure of land and other property for “public good” as his people suffered and communist leaders were enriched.

Castro ruled for decades and only finally ceded power to his own brother in later years due to failing health. During his rule there was a mass exodus of Cubans who fled the country for the United States, and still remember the barbaric regime under which they lived.

As far as China goes, The Epoch Times reported in 2018 that “the most murderous of several 20th century dictators was [communist] China’s Mao Zedong according to most estimates. Moa’s estimated death toll ranges from 60 million to 80 million, which surpasses the lives claimed by World War I (37 million) and possibly World War II (66 million.)”

According to Forbes, the major driver of China’s economic success in recent years has been “the introduction of market mechanisms, modern technology and management from the West.”