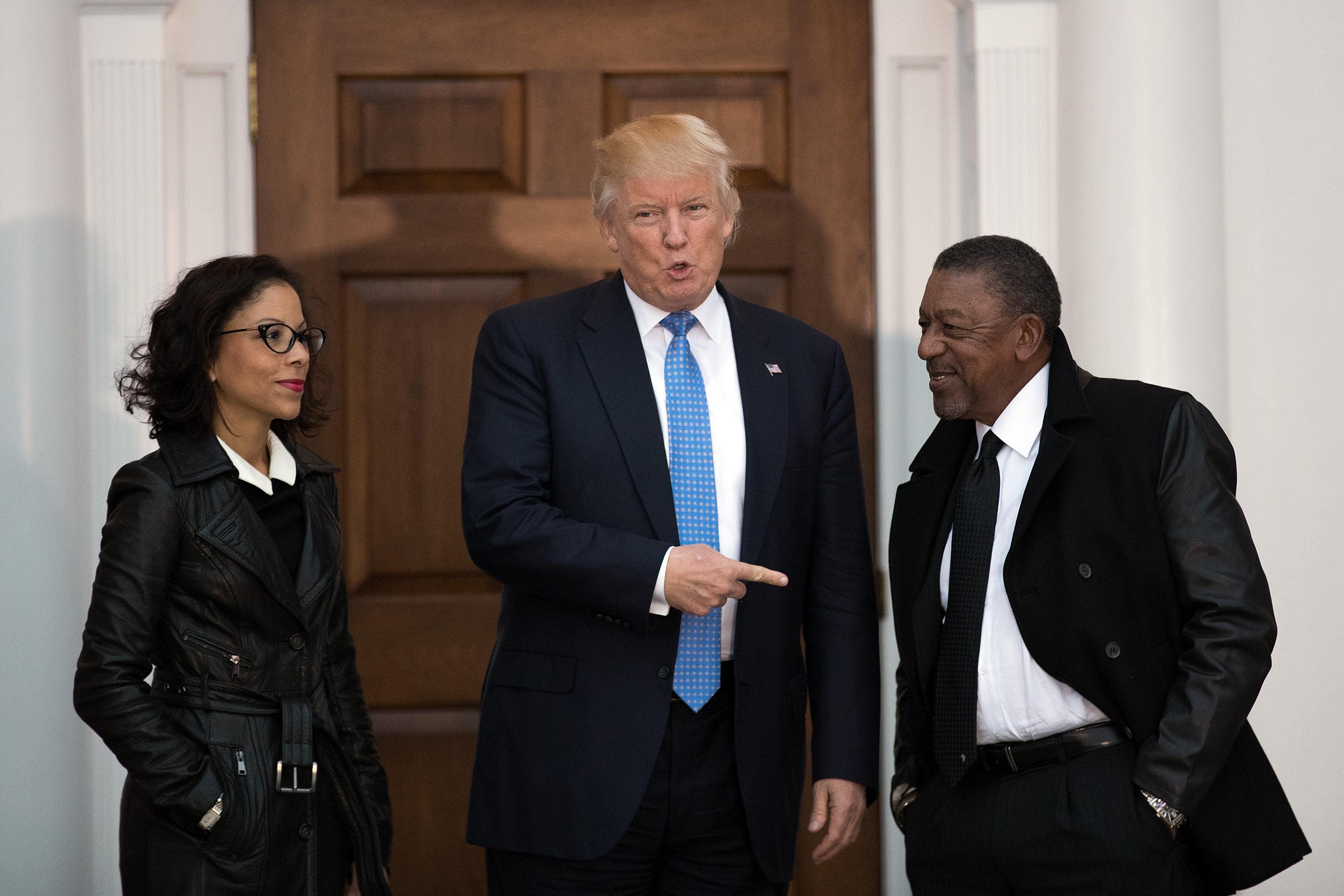 BET founder Robert Johnson argued Monday that “now is the time” for white America to acknowledge damages resulting from slavery, and for the U.S. Government to provide reparations in the sum of a $14 trillion wealth transfer to help prevent the country from splitting into separate and unequal societies. 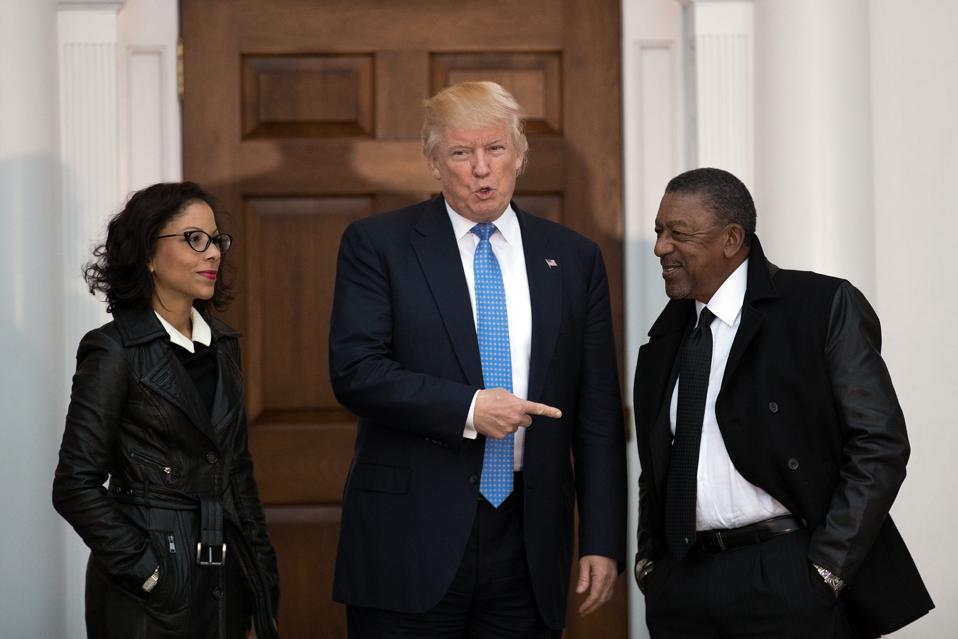 BEDMINSTER TOWNSHIP, NJ – NOVEMBER 20: President-elect Donald Trump (C) greets Robert Johnson (R), … [+] the founder of Black Entertainment Television, and his wife Lauren Wooden (L) as they arrive for a meeting with president-elect Donald Trump at Trump International Golf Club, November 20, 2016 in Bedminster Township, New Jersey. Trump and his transition team are in the process of filling cabinet and other high level positions for the new administration. (Photo by Drew Angerer/Getty Images)

He was interviewed by CNBC on Monday morning, following six nights of protests, largely focused on police brutality, that have ravaged the country.

Johnson told CNBC that “now is the time to go big,” and that the government should pay trillions of dollars for reparations to help reduce racial inequality.

Johnson called reparations the “affirmative action program of all time,” and added that they were so important because it would demonstrate that white Americans acknowledge “damages that are owed” for the injustices created by slavery.

Later Monday morning on CNBC, Merck Chairman and CEO Ken Frazier, who is black, said he was skeptical that a reparations bill would find requisite governmental support.

Johnson has long been an advocate pf reparations. “I’m not new to this challenge.” He said he’s not advocating “more bureaucratic programs that don’t deliver and don’t perform,” adding “I’m talking about cash. We are a society based on wealth. That’s the foundation of capitalism.” In November of 2019, Leaders of the New Jersey’s Legislative Black Caucus introduced a bill that would establish a Reparations Task Force, which would aim to research the history of slavery within the state, any racial discrimination that stemmed from it, and how the state could help make up for it. According to a Pew Research Center survey conducted last year, 63% of Americans believe the legacy of slavery affects the position of black people in American society today either “a great deal or a fair amount.”

Most Americans say the legacy of slavery still affects black people in the U.S. today (Pew)