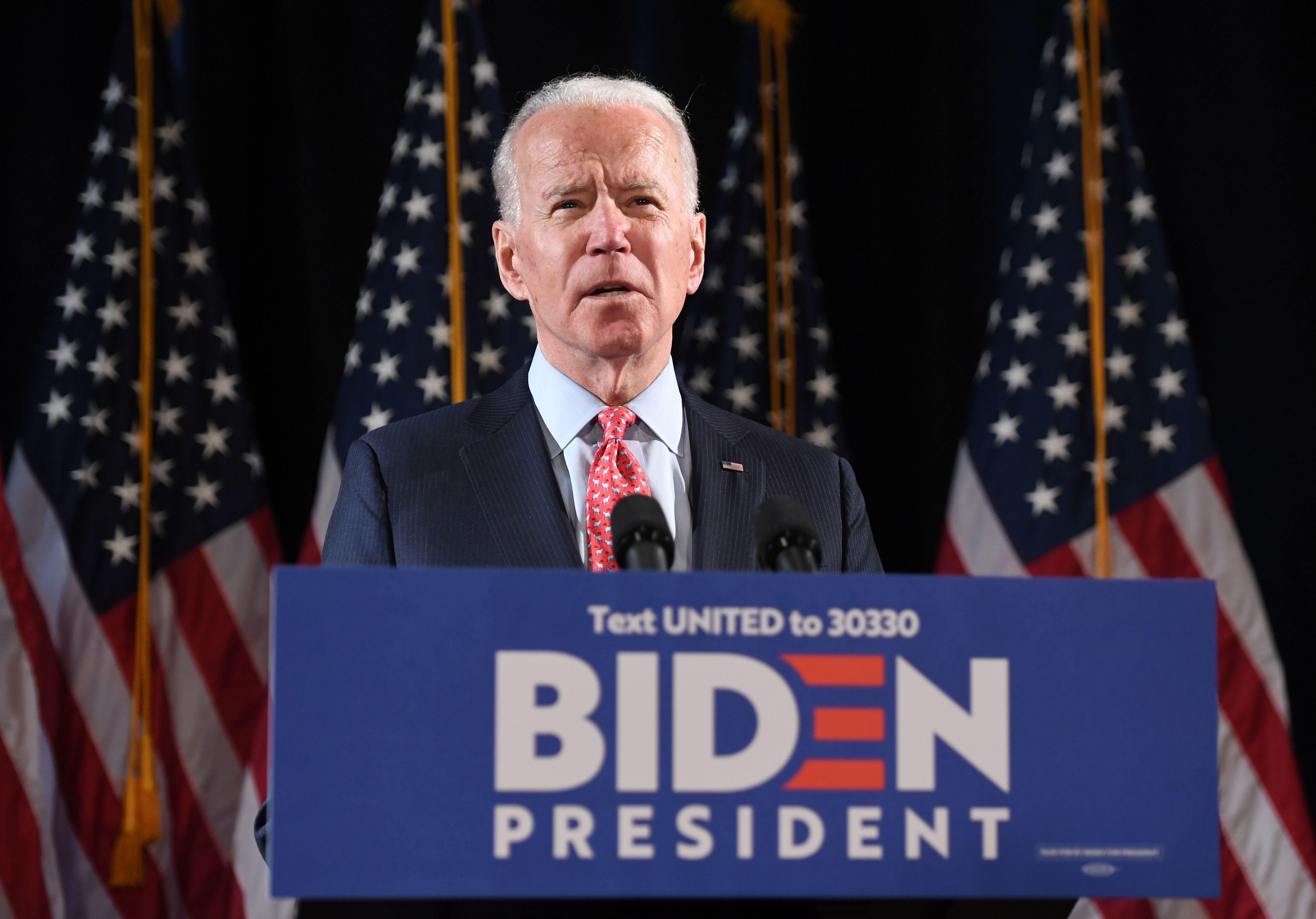 Joe Biden issued his most thorough rebuke yet to a flurry of conspiratorial attacks levied by President Trump and his allies on Tuesday night, calling the tactic a “diversion” and declaring he would not “get down in the mud” in any such back and forth with the Trump campaign. 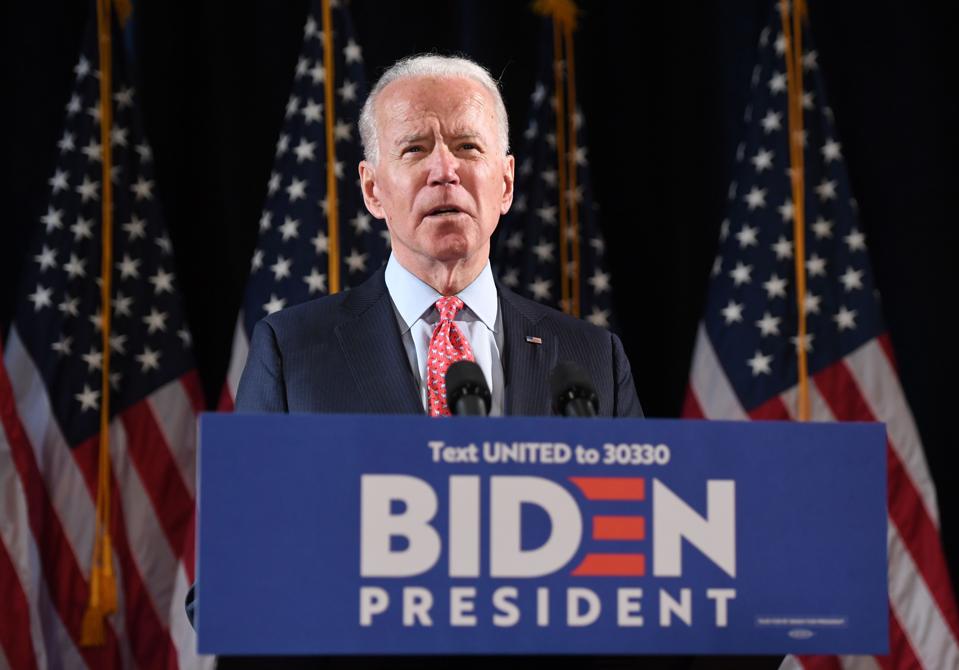 Former US Vice President and Democratic presidential hopeful Joe Biden speaks about COVID-19, known … [+] as the Coronavirus, during a press event in Wilmington, Delaware on March 12, 2020. (Photo by SAUL LOEB / AFP) (Photo by SAUL LOEB/AFP via Getty Images)

The comments — which came during a Yahoo News virtual town hall — mirrored the 2016 campaign, when candidate Hillary Clinton faced a deluge of online criticism from team Trump and was forced to respond.

When asked by the Yahoo moderator how he planned to avoid similar “traps,” Biden said the attacks were simply a way to get something “going on the internet.”

Biden addressed Obamagate — a Trump-pushed theory alleging the Obama administration sought to sabotage the Trump campaign — directly, calling it a “diversion” meant to distract Americans from the “issues before us.”

Tuesday was also the first time Biden responded to a baseless allegation from Donald Trump Jr., the president’s son, that the former vice president is a pedophile: “It’s sick,” Biden said, “…but he is his father’s son.”

Trump has latched on to a theory dubbed “Obamagate” in recent weeks, frequently tweeting the hashtag #Obamagate from his Twitter account and calling it “the biggest political crime in American history.”

While several women have accused Biden of inappropriate touching, hugging and kissing, — and a former Senate staffer, Tara Reade, has accused the former vice president of sexual assault allegations — Biden has never been accused of inappropriate conduct around children.

In a barrage of 126 tweets sent by Trump on Mother’s Day, the president began using the hashtag “#OBAMAGATE,” saying it was “the biggest political crime in American history,” and a day later, tweeted it “makes Watergate look small-time.” At first it was unclear what the president was referring to, but Trump has now loosely defined Obamagate as the leaking of former Michael Flynn’s name to the media and the allegation the Obama administration sought to sabotage his campaign.

Last week, documents made available to two Republican senators by Acting Director of National Intelligence Richard Grenell showed that Biden was among those who requested Michael Flynn’s identity be revealed in intelligence reports  — a process known as “unmasking.”  “Unmasking” is a process by which a U.S. citizen’s identity is revealed to authorized government officials because information involving that individual was gathered in  intelligence operations targeting foreigners. It is also a practice that’s commonplace in government. Biden has acknowledged attending a Jan. 5, 2017, Oval Office meeting with former President Barack Obama and other officials during which the counterintelligence investigation into ­Flynn was discussed. But he has said he doesn’t know anything else about the topic and said neither he nor the Obama administration did anything wrong.

The president’s son had originally accused Biden of being a pedophile through a meme on Instagram. Trump Jr. responded to Biden’s comments on Twitter Tuesday night,  calling the meme a “joke.”

“I didn’t actually accuse you of that,” Trump Jr. tweeted. “I simply posted a joke meme, but based on all the touching and hair sniffing in the below video, I am 100% accusing you of being creepy as hell.”

Biden: ‘No Worker’s Life Is Worth Me Getting A Cheaper Hamburger’ (Forbes)