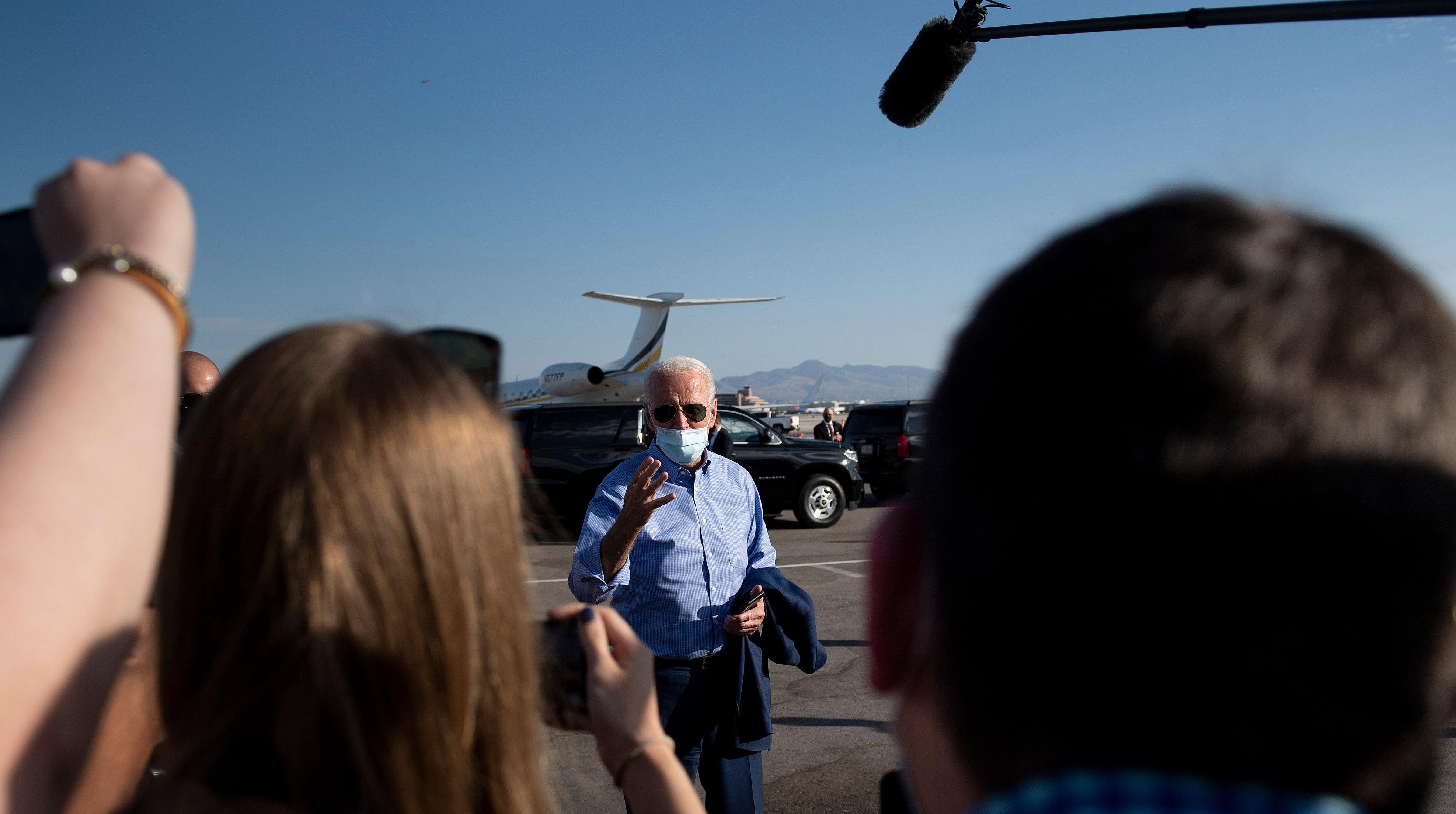 Former Vice President Joe Biden said Friday during an interview with KTNV, a local ABC affiliate in Las Vegas, that voters “don’t deserve” to know his stance on expanding the Supreme Court, reiterating that his ongoing refusal to state an opinion on the issue is aimed at not allowing President Trump to define the debate around the Supreme Court. 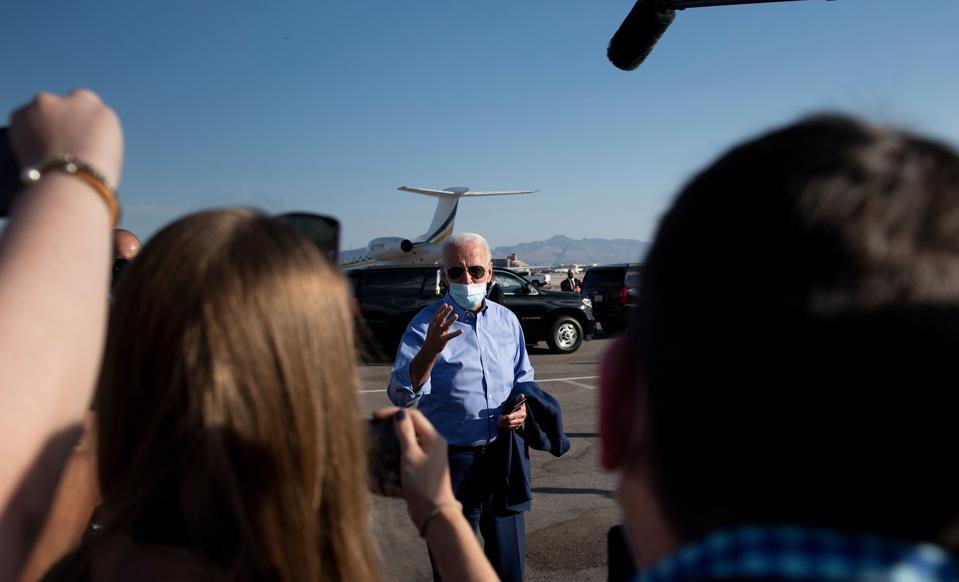 KTNV reporter Ross DiMattei said court-packing is the “number one thing I’ve been asked about from viewers in the past couple days,” to which Biden responded “well, you’ve been asked by the viewers, who are probably Republicans, who don’t want me continuing to talk about what they’re doing to the court right now.”

“Well sir, don’t the voters deserve to know-” DiMattei began to ask, as Biden interjected “no they don’t deserve,” before asserting “I’m not gonna play [Trump’s] game… he’d love that to be the discussion instead of what he’s doing now.”

The comment comes after Biden said during a trip to Arizona on Thursday that he would not reveal his stance on the issue until after the election because it would grab headlines and draw focus away from Republicans’ efforts to confirm Trump appointee Amy Coney Barrett.

The idea of creating more Supreme Court justices has gained steam among some Democratic lawmakers in response to Republicans’ refusal to give President Obama’s nominee a vote in 2016 and their current push to confirm Barrett.

The Trump campaign has consistently hammered Biden for dodging questions on court packing, with Republicans often accusing him of secretly supporting the policy but withholding his opinion to avoid alienating voters.

“Biden and Harris should answer it,” CNN’s Jake Tapper said after Harris dodged a question on court packing during the vice presidential debate, with CNN commentator and former Obama adviser David Axelrod adding, “They should’ve had a better answer than the non-answer [Harris] gave.”

Several top Democrats have poured cold water on the idea of scrapping the legislative filibuster, which would almost definitely be a necessary step to expanding the court. “I don’t believe in doing that,” Sen. Dianne Feinstein (D-Calif.), the ranking member of the Senate Judiciary Committee, told reporters in September. “I think the filibuster serves a purpose. … I think it’s part of the Senate that differentiates itself.”

47%. That’s the share of voters in a Washington Examiner/YouGov poll released this week who say Democrats should not expand the court, compared to 34% who say they should – although a considerable majority of Democrats, 60%, say they should while only 18% say they should not. At the same time, 51% oppose the Senate considering Barrett’s nomination before the inauguration, while 42% support it.