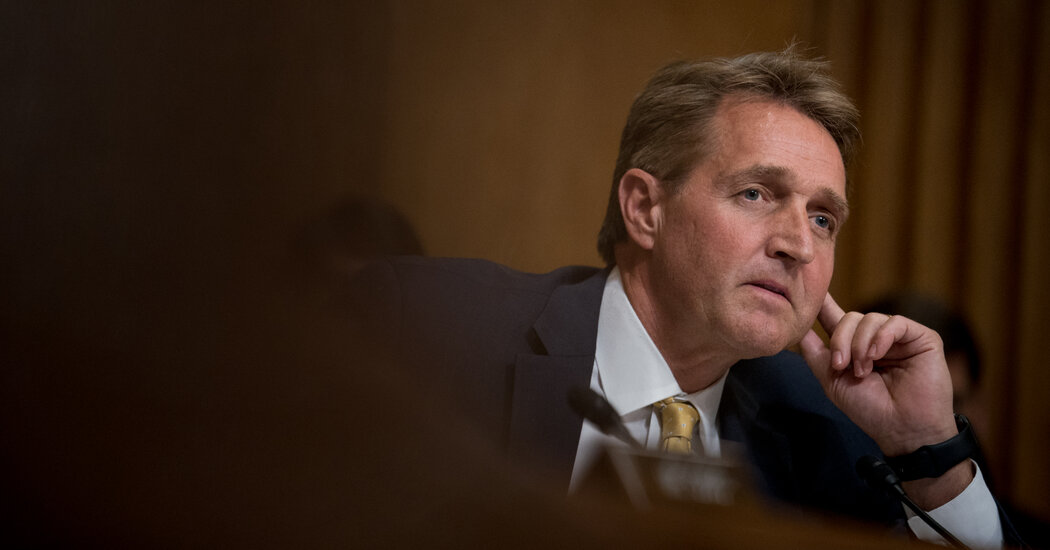 President Biden will nominate Jeff Flake, the former Republican senator from Arizona, to serve as ambassador to Turkey, the White House announced on Tuesday, placing a prominent, moderate Republican in line to assume a high-profile diplomatic role.

Mr. Flake, who became one the most vocal Republican critics of Donald J. Trump during Mr. Trump’s presidency, had been largely absent from the national stage after stepping away from politics in 2019. In 2017, he announced he would not seek re-election the following year, citing the changing face of the G.O.P., which he said had grown too accepting of Mr. Trump’s “reckless, outrageous and undignified” behavior.

Since then, Mr. Flake has rotated between academic fellowships at Harvard, Arizona State University and Brigham Young University. Mr. Flake was also one of a number of former Republican congressmen who endorsed Mr. Biden for president in 2020.

The decision to nominate Mr. Flake comes at a moment in which the Biden administration is aggressively pursuing bipartisan support for a number of legislative priorities and seeking to represent itself as eager to work with members of the opposing party in the process.

While it was rumored for some time that the president was considering a handful of moderate Republicans for ambassadorships to closely-allied countries in Europe and elsewhere, the selection of Mr. Flake to oversee relations with Turkey demonstrates that the administration is confident that the former senator can navigate difficult diplomatic ties with a country that has turned toward authoritarianism under President Recep Tayyip Erdogan.

Despite being a member of the North Atlantic Treaty Organization, Turkey has repeatedly taken actions in recent years that the United States and other European countries have viewed as at odds with the alliance’s foreign policy and national security goals.

If confirmed by the Senate, Mr. Flake would bring to the role experience working in Africa before his election to Congress, both as a Mormon missionary in South Africa and as the director of the Foundation for Democracy in Namibia during the nation’s push for independence from South Africa.

“Given the strategic importance of the United States’ relationship with our longtime NATO ally, the Republic of Turkey, I am honored and humbled by the trust President Biden has placed in me with this ambassadorial nomination,” Mr. Flake said in a statement accepting the nomination on Medium.