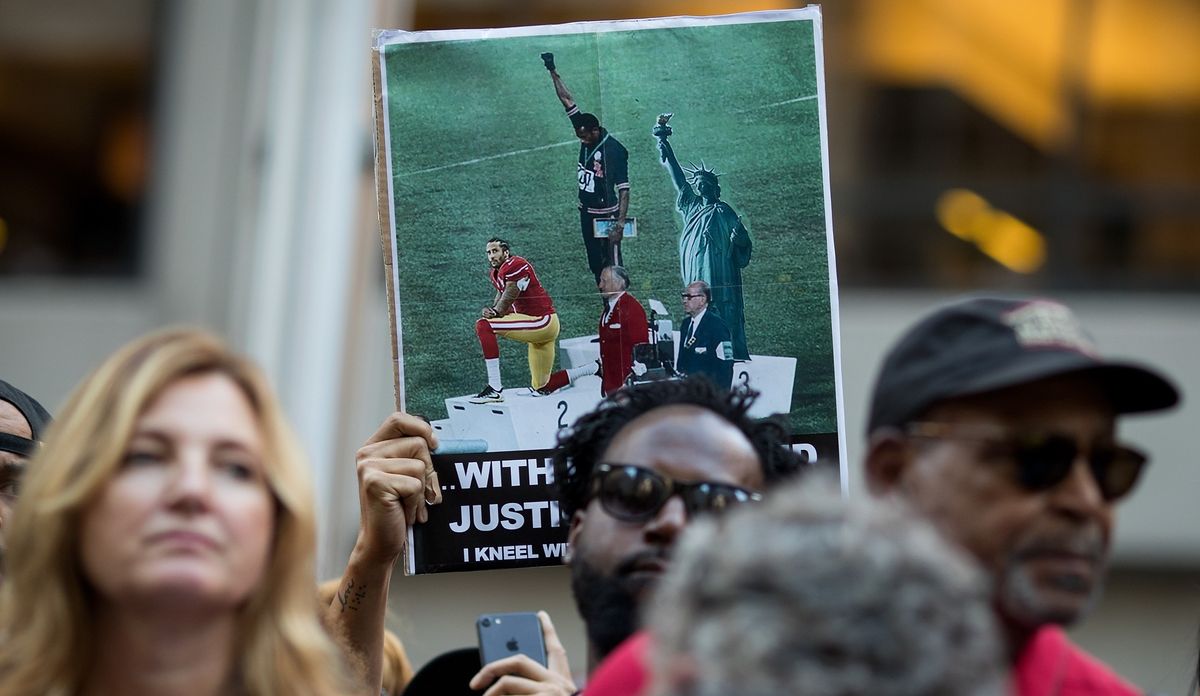 “Lift Every Voice and Sing,” a song also known as the “black national anthem,” will be played at every Week 1 NFL game and ahead of “The Star-Spangled Banner” when the season begins, according to multiple reports.

ESPN and the Associated Press both cited unnamed sources reporting Thursday that “Lift Every Voice and Sing” would be either played or performed prior to the national anthem during the NFL’s week one games, beginning with the Sept. 10 season opener. Both outlets further reported that the names of victims of police brutality will be displayed on players’ helmets and jerseys.

USA Today also cited an unnamed insider in reporting that the NFL’s “Week 1 broadcasts will feature a number of educational PSAs about victims and their families.”

The NFL has taken major strides to support the Black Lives Matter movement in the wake of the death of George Floyd and the continuing nationwide protests that followed, with Commissioner Roger Goodell endorsing the movement.

Goodell has also since encouraged franchises to hire former player and professional activist Colin Kaepernick, who sparked controversy for the league in 2016 when he began kneeling during the national anthem at games in protest of police brutality.

For those unfamiliar, here are the lyrics to “Lift Every Voice and Sing”:

Lift every voice and sing
Till earth and heaven ring
Ring with the harmonies of Liberty;
let our rejoicing rise,
high as the list’ning skies, let it resound loud as the rolling sea
sing a song full of faith that the dark past has taught us,
sing a song full of the hope that the present has brought us;
facing the rising sun of our new day begun,
let us march on till victory is won.
Stony the road we trod,
bitter the chast’ning rod,
felt in the day that hope unborn had died;
yet with a steady beat,
have not our weary feet,
come to the place on witch our fathers sighed?
we have come over a way that with tears has been watered,
we have come, treading our path through the blood of the slaughtered,
out from the gloomy past, till now we stand at last
where the white gleam of our star is cast.
God of our weary years,
God of our silent tears,
thou who has brought us thus far on the way;
thou who has by thy might,
led us into the light,
keep us forever in the path, we pray
lest our feet stray from the places, our God, where we met thee,
least our hearts, drunk with the wine of the world, we forget thee,
shadowed beneath the hand,
may we forever stand,
true to our God,
True to our native land.