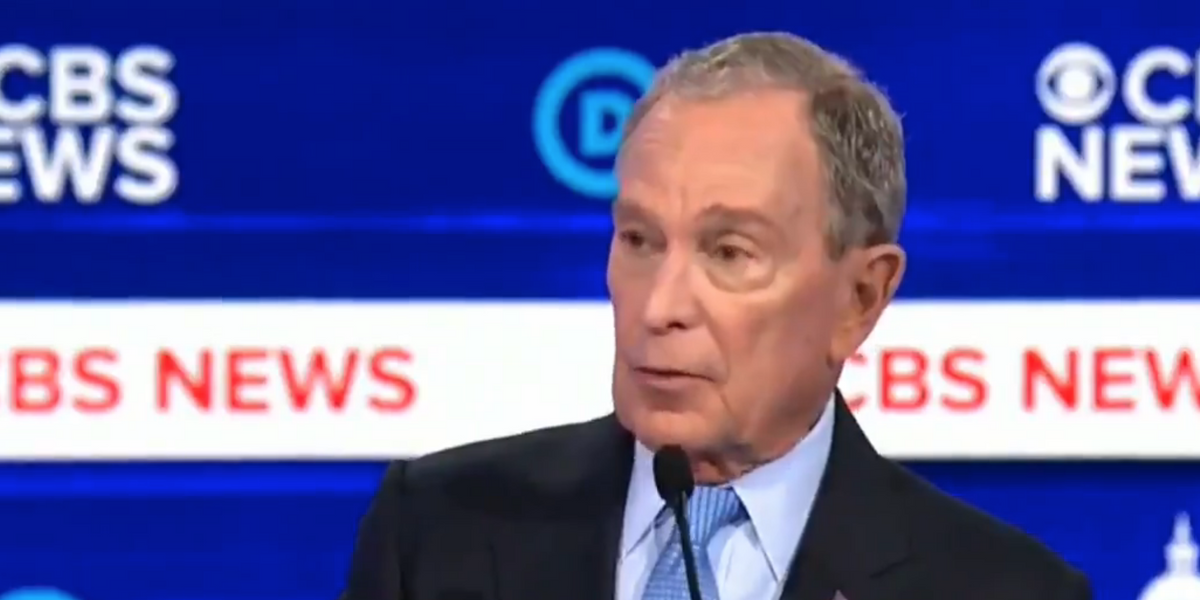 in an interview in September, Bloomberg said that Xi is “not a dictator” because he’s ultimately responsive to constituents and cited the government’s attempts at improving air quality as an example of that responsiveness.

During Tuesday’s debate in Charleston, moderators confronted Bloomberg with those past China comments. He addressed the authoritarian regime’s human rights record, but still didn’t say that Xi was a dictator.

“In terms of whether he’s a dictator, he does serve at the behest of the Politboro, of their group of people, but there’s no question he has an enormous amount of power,” Bloomberg said in response to a moderator’s question that cited his past comments. “But he does play to his constituency. You can negotiate with him. That’s exactly what we have to do: Make it seem that it’s in his interest and in his people’s interest to do what we want to do.”

The former mayor went on to say that the U.S. should confront the regime on human rights abuses, but that we still have to work with them for the sake of climate change and the economy.

Earlier in his response Bloomberg did say that the regime in Beijing’s “human rights record is abominable, and we should make a fuss, which we have been doing, I suppose.” But, he also added that “we have to deal with China, if we’re ever going to solve the climate crisis. We have to deal with them because our economies are inextricably linked. We would be, not be able to sell or buy the products that we need.”

China’s human right’s record is indeed atrocious. Bloomberg’s September comments came after months of crackdown against the protestors in Hong Kong as well of the reports of the country’s concentration camps for Uighur Muslims as well as reports about Beijing’s mass surveillance efforts against the religious minority. Additionally, the regime has also engaged in widespread religious repression and the imprisonment of political dissidents. Actions like these hardly seem like the policies of a government that answers to its constituents.

Bloomberg’s remark drew criticism from rival candidate Sen. Bernie Sanders (I-Vt.), who has been facing his own authoritarian regime-related firestorm since defending literacy efforts of the Fidel Castro regime in Cuba in a recent interview.

“I was really amazed at what Mayor Bloomberg just said a moment ago,” Sanders said while responding to a question about his Cuba comments. “He said that the Chinese government is responsive to the Politburo, but who the hell is the Politburo responsive to? Who elects the Politburo? You have got a real dictatorship there.”

During the debate, former Vice President Joe Biden also called Xi a “thug” who “doesn’t have a democratic — with a small ‘d’ — bone in his body.”