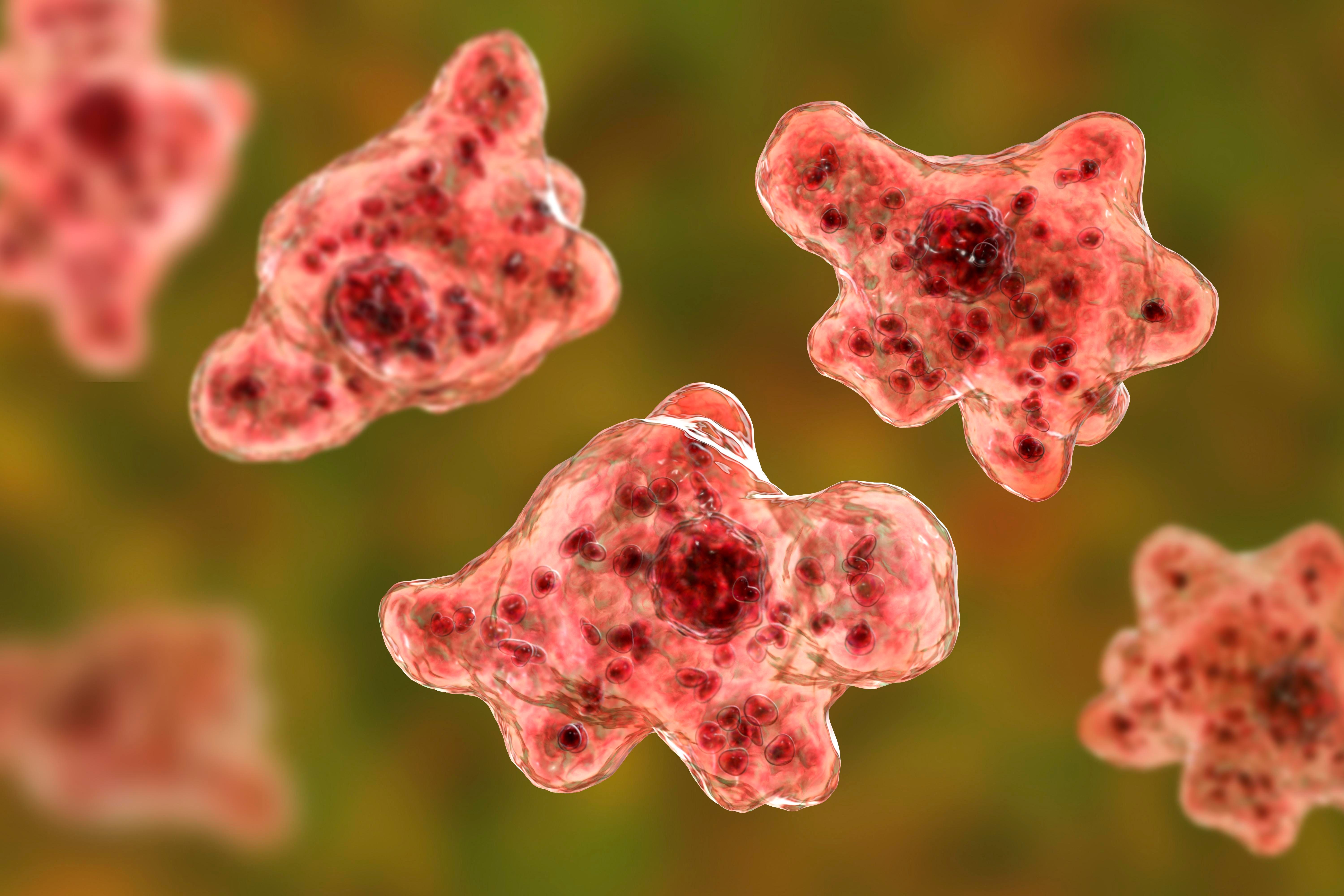 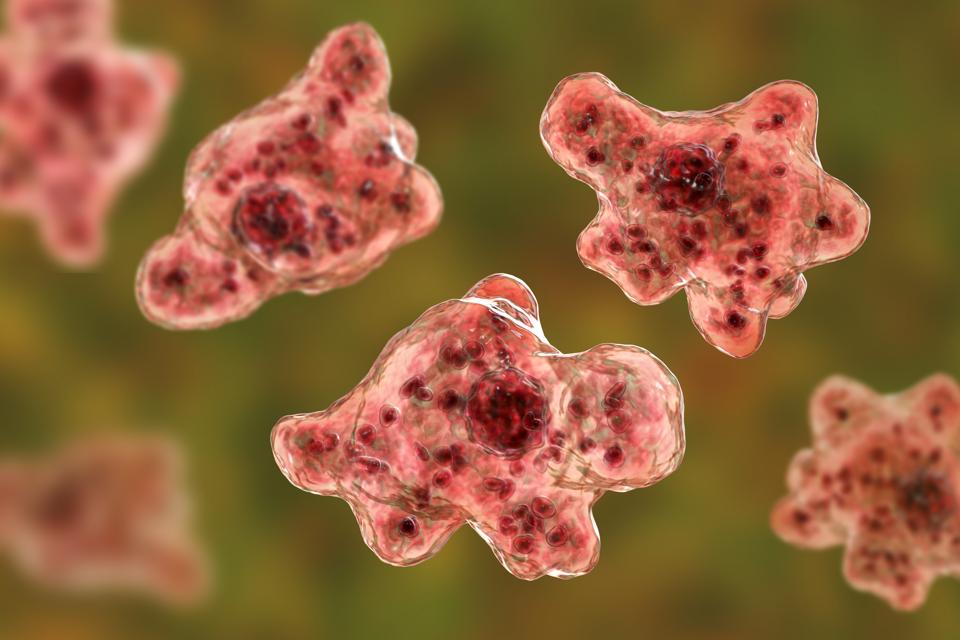 That’s why it shouldn’t be a surprise that a brain-eating amoeba infection is a very bad thing and that such a case in Hillsborough County, Florida, merited an announcement from the Florida Department of Health (DOH) on Friday:

Naegleria fowleri is a brain-eating amoeba, and it’s a foul infection to get. When such an amoeba goes up your nose, it can find its way to your brain and start munching away. There it can cause PAM. Not Pam from the television series The Office but primary amoebic meningoencephalitis (PAM).

PAM is rare but typically fatal, because you need your brain to do important stuff like tweet, post selfies, and live. In fact, between 1962 and 2018, out of 145 reported cases of PAM in the U.S., only four people ended up surviving, based on a study published in the Journal of the Pediatric Infectious Diseases Society. Those clearly are bad odds. Death can occur one to 18 days after symptoms began. In fact, half of cases result in death withing five days of symptoms appearing.

Part of the problem is late diagnosis. Brain-eating amoeba isn’t the first thing that you may think of when you experience a headache, fever, nausea, and vomiting. It usually falls well below “too many Zoom calls” on the list of possibilities. Nonetheless, these symptoms mark the first stage of the disease and can begin anywhere from one to nine days after the amoeba has gone into your nose. The headaches tend to be at the front of your head and can be quite severe.

Even when the disease proceeds to its second stage of symptoms (stiff neck, seizures, altered mental status, hallucinations, and coma), it can be mistaken for bacterial meningitis, as indicated by the Centers for Disease and Control (CDC). Misdiagnosis can delay possible treatments for PAM, which includes miltefosine, a drug that can kill the amoeba, and hypothermia, lowering the body temperature to reduce brain swelling.

Before you stop picking your nose forever, keep in mind that Naegleria fowleri is not everywhere. It tends to hang out in soil and warmer fresh water such as the water that’s found in lakes, rivers, hot springs, swimming pools, water heaters, and industrial plants. Since you probably don’t tend to shove soil or warm water discharge from power plants up your nose, the most likely source of infection is swimming in either a natural body of water or a poorly chlorinated swimming pool. 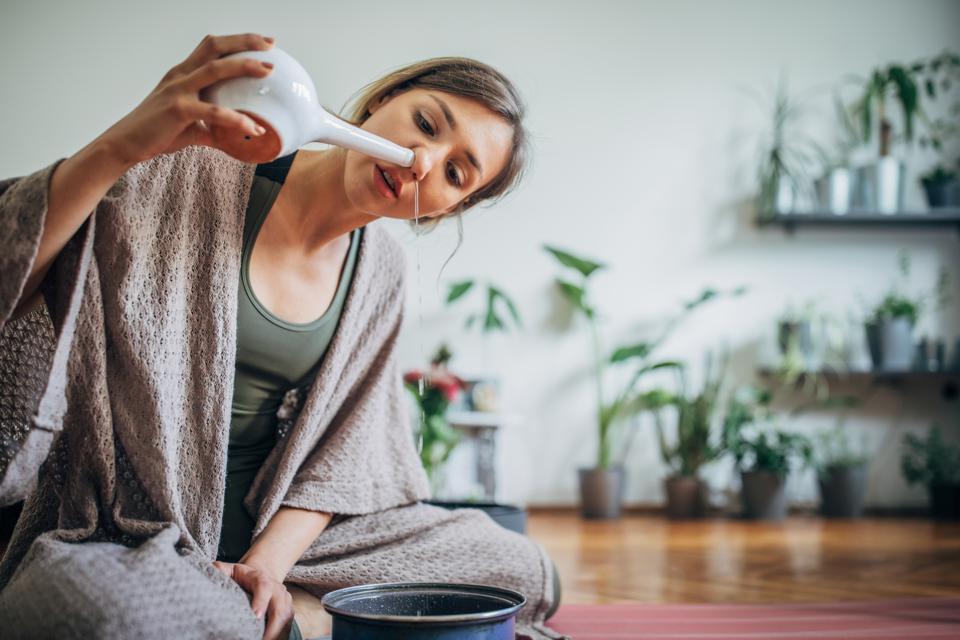 Using neti pot can put you at higher risk for a brain-eating amoeba infection. (Photo: Getty)

Another possible risk is using a neti pot or any activity that pours tap water up your nose. As I have mentioned before for Forbes, tap water is on the list of things that you shouldn’t be putting up your nose. That list is long and includes French Fries, ketchup, balloon animals, iPod Touches, mannequin body parts, and Tesla car parts.

In the U.S., most infections have happened during the Summer months (particularly July and August) in the 15 Southernmost states that aren’t spelled Hawaii. According to the CDC, over half have been in Texas and Florida. However, as described by a publication in the Journal of Infectious Disease, recently infections have been appearing in more Northern states, as well. Add brain amoeba traveling North to the list of possible effects of climate change.

Just because Naegleria fowleri is in the water that you are swimming in, doesn’t necessarily mean that you will get infected. Otherwise, there would be a whole lot more cases of PAM. It is not yet clear why only certain people end up with the infection. 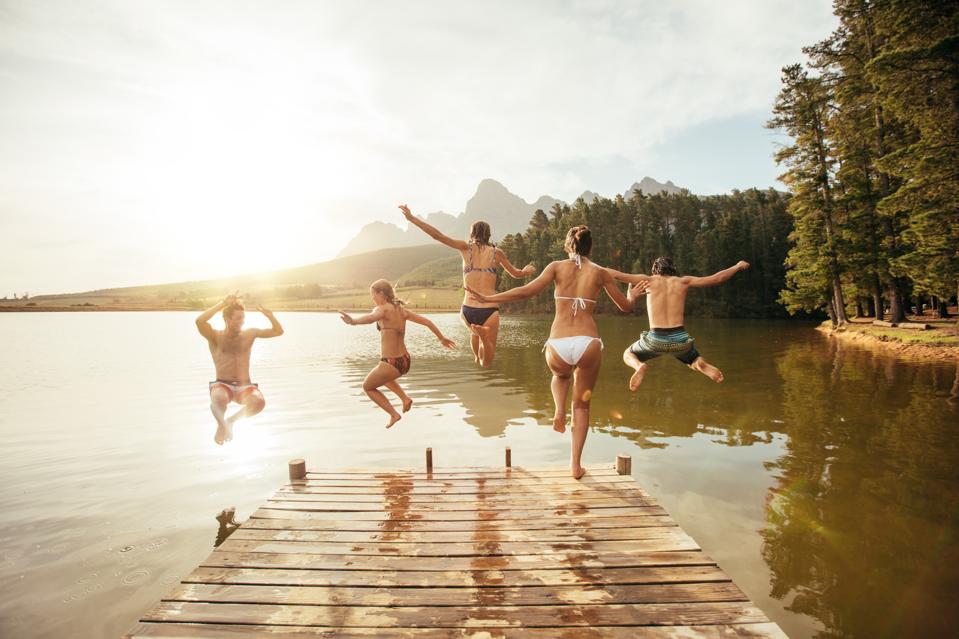 Diving into a lake without holding your nose can increase the risk of water going up your nostrils. … [+] (Photo: Getty)

Nevertheless, try to take proper precautions. Don’t put tap water up your nose. Keep your nostrils shut as much as possible while swimming and diving in lakes and rivers. Consider holding or clipping your nose while under water, especially while diving, but don’t use soil or French Fries to block your nostrils. Never swim in poorly chlorinated water. Besides the risk of Naegleria fowleri, people can do unspeakable things in swimming pools. See my previous Forbes article for the poop on pools and the poop in pools.

Again, Naegleria fowleri infections are quite rare. So don’t stay curled up in a ball inside your toilet paper tee-pee muttering the words, “brain eating amoeba, brain eating amoeba.” It shouldn’t be the first thing that you think about when you have a headache. However, if you are having a bad headache and have recently done things that put you at risk, contact your doctor as soon as possible. After all, your brain is kind of important.