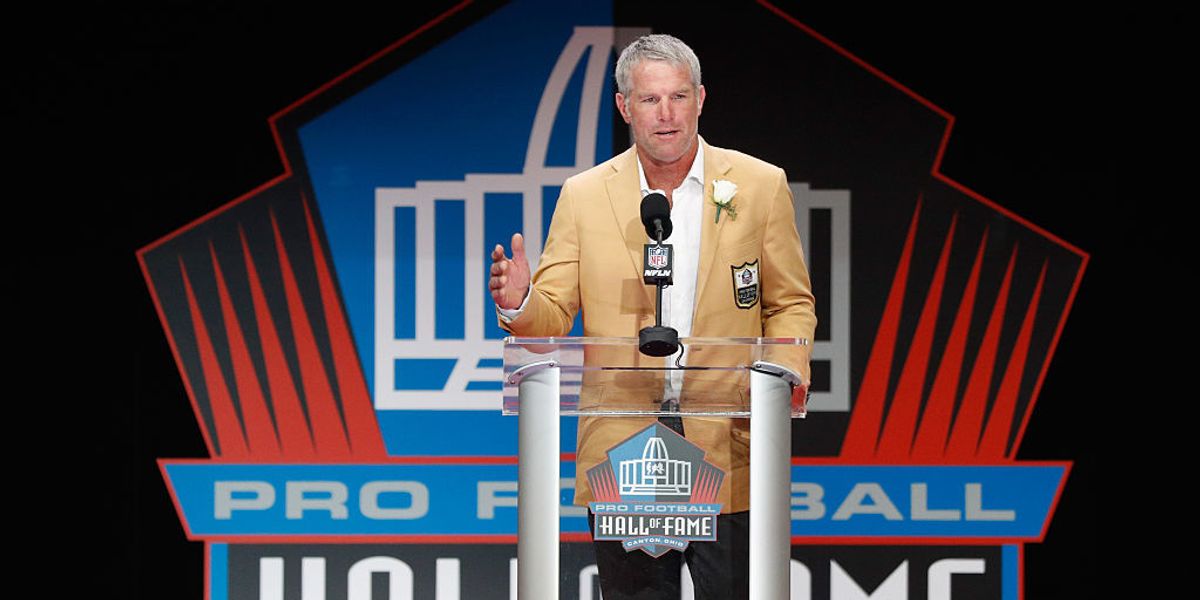 Brett Favre said that Colin Kaepernick, who lost his starting quarterback job to Blaine Gabbert and became a professional activist after NFL teams showed no interest in him, should be considered a “hero” like Pat Tillman, the football player who turned down a multi-million contract to become an Army Ranger following the September 11th terror attacks. Has Brett Favre taken too many hits to the head?

Favre gave an interview to TMZ Sports, where he made the bizarre comparison between the two former NFL players.

“It’s not easy for a guy his age – black or white, Hispanic, whatever – to stop something that you’ve always dreamed of doing, and put it on hold, maybe forever, for something that you believe in,” Favre said of Kaepernick.

“I can only think of right off the top of my head, Pat Tillman is another guy that did something similar,” Favre said. “And, we regard him as a hero. So, I’d assume that hero status will be stamped with Kaepernick as well.”

In Kaepernick’s last two NFL seasons, he had a pass completion percentage under 60% and a QB rating under 50. Kaepernick’s poor play on the field and social justice distractions on the sidelines, including wearing socks depicting cops as pigs and praising Fidel Castro, prompted the San Francisco 49ers to reportedly consider releasing him in 2016, but before the team could let him go, Kaepernick opted out of his contract.

Despite having backup quarterback talent, Kaepernick allegedly demanded a starting QB job with a starting QB salary. No NFL team has signed Kaepernick since he opted out of his 49ers contract in 2016.

Without a football career, Kapernick became a professional activist. In 2018, his decision paid off. Despite not playing football, Nike signed Kaepernick to a contract to sell athletic sneakers that paid him as much as “seven figures.”

Pat Tillman was a defensive back for the Arizona Cardinals, and broke the franchise record for tackles in 2000 with 224. Then his world was turned upside down by the 9/11 terror attacks.

Following the 2001 NFL season, Tillman walked away from a contract offer of $3.6 million over three years from the Cardinals to enlist in the U.S. Army.

“Sports embodied many of the qualities I deem meaningful: courage, toughness, strength etc., while at the same time the attention I received reinforced its seeming importance,” Tillman said in 2002. “However, these last few years, and especially after recent events, I’ve come to appreciate just how shallow and insignificant my role is. I’m no longer satisfied with the path I’ve been following… it’s no longer important.”

“On the evening of April 22, 2004, Pat’s unit was ambushed as it traveled through the rugged, canyon terrain of eastern Afghanistan,” the Pat Tillman Foundation website states. “His heroic efforts to provide cover for fellow soldiers as they escaped from the canyon led to his untimely and tragic death via fratricide.”

Tillman was posthumously awarded the Purple Heart and Silver Star medals. The Cardinals retired Tillman’s jersey and there is a bronze statue of him outside the State Farm Stadium. Arizona State University named the football locker room entryway to Sun Devil Stadium, the “Pat Tillman Memorial Tunnel.”

[embedded content] The Truth Behind the Pat Tillman Story www.youtube.com