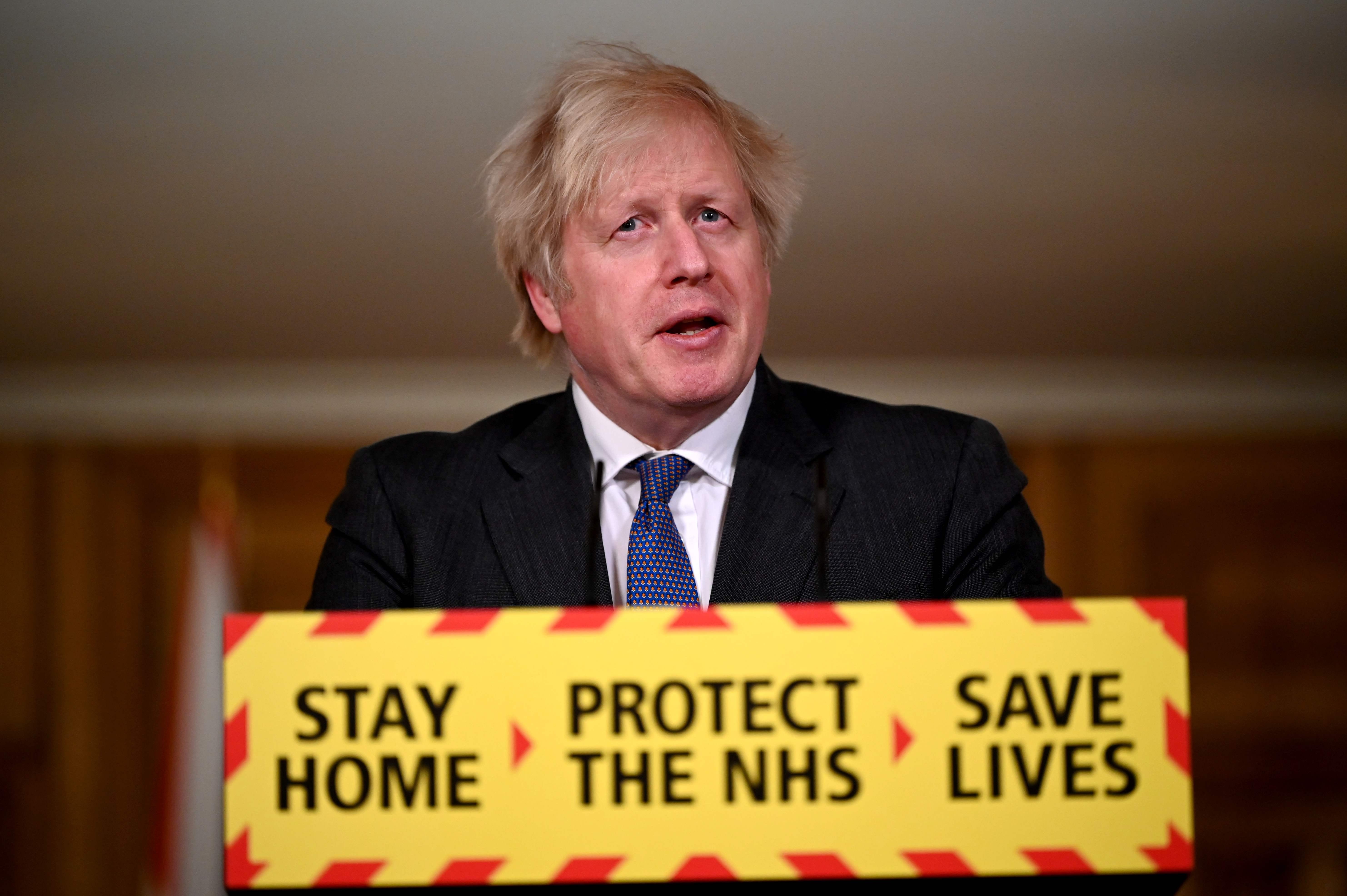 LONDON – British Prime Minister Boris Johnson warned Friday that a coronavirus variant first detected in the country in September may be around 30% more deadly than previous versions of the disease.

Johnson unveiled the worrying statistic in a London new conference.

British scientists already had concluded that the variant, known as B.1.1.7, spread between 30%-70% faster than the previous dominant coronavirus strain in the U.K.

In addition to spreading faster, “it may be associated with a higher degree of mortality,” he said.

Sir Patrick Vallance, Johnson’s chief scientific adviser, explained the previous average death rate of 60-year-olds in Britain from COVID-19 was about 10 per 1,000. With the new variant, roughly 13 or 14 out of 1,000 infected people might be expected to die, he said.

“I want to stress there’s a lot of uncertainty around these numbers and we need more work to get a precise handle on it, but it obviously is a concern that this (variant, B117) has an increase in mortality as well as an increase in transmissibility,” Vallance said.

The conclusions were based on findings provided to the British government by the New and Emerging Respiratory Virus Threats Advisory Group, or NERVTAG. The group compared mortality rates in people infected with new and old versions of the virus.

The announcement marked the first time British officials said the variant, discovered in Kent, England, appeared more lethal. They previously said there was no reason to believe it could make people sicker or lead to more fatalities.

But the summary also emphasized that the hospital case fatality rate associated with B.1.1.7 has not increased, and “the absolute risk of death per infection remains low.”

Hospitalization rates have also not increased, according to the report, although that data may lag behind death rates.

The study was based on the deaths of 2,583 people – 384 of whom had the new variant – among 1.2 million tested. This represents about 8% of all deaths in the U.K. during the late November to early January study period.

Research suggests the Pfizer-BioNTech and Oxford-AstraZeneca vaccines will continue to be effective against the new variant in the U.K., which was first detected in southeast England and has now spread around the world, including to the U.S.

The Centers for Disease Control and Prevention said in a recent report it expects the fast-spreading variant to become the dominant strain in the U.S. by March, potentially fueling exponential growth of the disease.

Luciana Borio, a COVID advisor to the Biden administration and former official with the Food and Drug Administration, said she thinks it’s too early to say the variant is directly leading to more deaths.

There are other reasons that could explain why more Britons are dying, she said.

As more people are infected, more are expected to die, and “the quality of medical care degrades when the system is under tremendous stress as it is right now in the U.K.,” she said.

Also, Borio said, there may be more deaths because people are avoiding or unable to get routine care during the pandemic.

There isn’t yet a biological explanation for why this variant should be deadlier than the original version of the SARS-CoV-2 virus that causes COVID-19, she said.

“At minimum, I’d like to see data that this virus is causing some higher viral loads or some kind of mechanism that could explain the direct impact,” she said. “We don’t have any evidence that it’s a biological phenomenon.”

Akiko Iwasaki, an immunologist at Yale University, said the news should encourage people to “double-down” on their efforts to stay safe through mask-wearing, avoiding indoor crowding, and getting vaccinated as soon they have access.

“Honestly, the more you can avoid interaction altogether, the better,” Iwasaki said. “Obviously some people don’t have that luxury.”

She said she is comforted by data showing vaccines will still work against this variant, but there are already other variants spreading – and more to come.

“You don’t want to be fear-mongering, but this really is a problem,” she said.