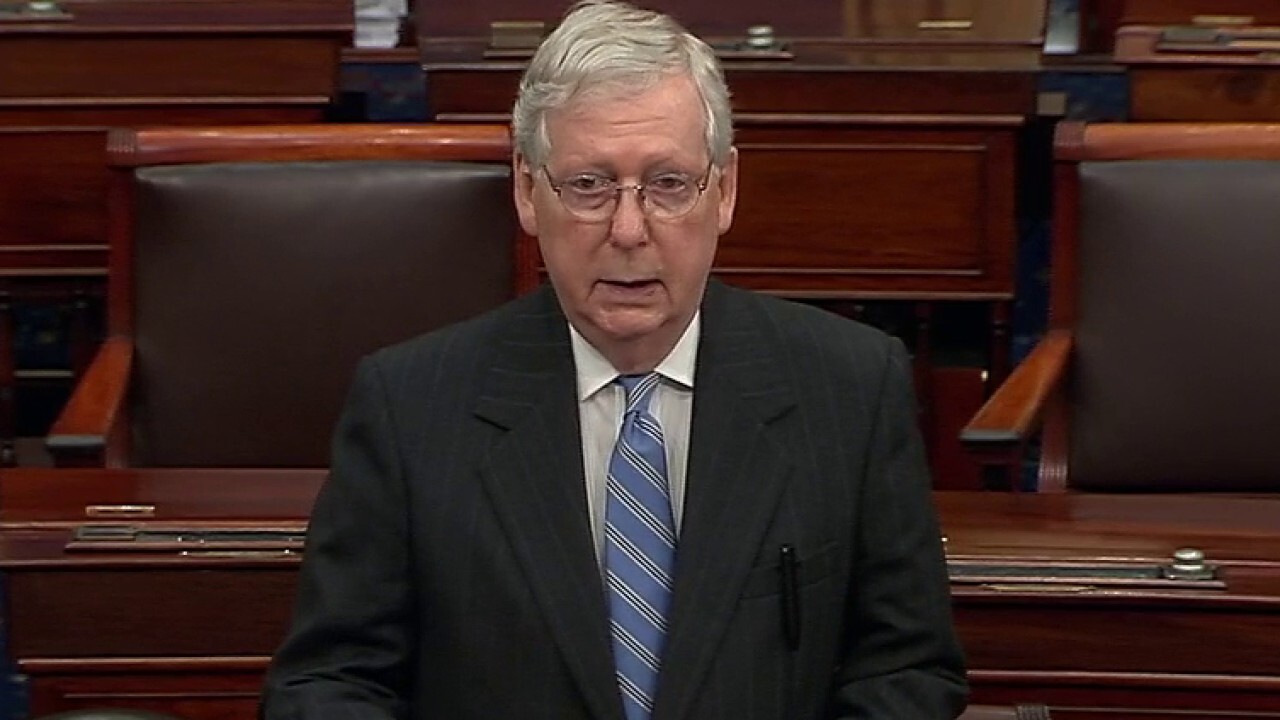 “Monday” was supposed to be the deadline for the Senate to act on the third legislative phase of the coronavirus response. Senate Majority Leader Mitch McConnell (R-KY) set up a process late last week where the Senate would take a procedural vote Sunday to begin debate on a “shell” of a bill. Once there was a deal, McConnell would insert the coronavirus package into the parliamentary empty box. The hope was that the Senate could get 60 yeas to open debate on the coronavirus measure Sunday – then speed up the process and pass the bill Monday. Then the House would have to move to align with the Senate sometime in the near future.

That all melted down Sunday night.

The current Senate breakdown is 53 Republicans and 47 senators who caucus with the Democrats. The procedural vote required 60 yeas to overcome a filibuster.

But lacking sign-off by Senate Democrats – to say nothing of House Speaker Nancy Pelosi (D-CA) – the procedural vote garnered only 47 yeas. McConnell was for advancing the plan. But the Kentucky Republican changed his vote at the end. Senate rules allow a senator to call for a re-vote if they cast their ballot on the prevailing side of the issue – in this instance, the nays. So even though McConnell was for it, he strategically switched his vote so he could ask for another vote. Late Sunday night, there was no vote scheduled.

It’s unclear how fast the sides can forge an agreement – if at all. But it didn’t take an exercise in Euclidian Geometry to see that the procedural vote was going to fail on Sunday afternoon. Sen. Rand Paul (R-KY) announced he tested positive for coronavirus before the vote. Two other GOPers were already self-quarantining. Sens. Mike Lee (R-UT) and Mitt Romney (R-UT) announced they would quarantine since they had exposure to Paul.

GET THE FOX NEWS APP

But Senate Democrats weren’t going to budge unless there was sign-off from Pelosi. After all, Pelosi must figure out a way to shepherd a Senate-GOP produced product through her body. And, if time is of the essence, there are questions as to why McConnell forged ahead without the votes lined up.

And so, we’ll see if things move on Monday.

So what about all of that talk about Congress moving “by Monday?”

Fox was told last week that “by Monday” was a dire warning to lawmakers to wrap this up. It was reminiscent of the nighttime meeting on September 18, 2008 in the Speaker’s Office amid the financial crisis. Pelosi phoned then Treasury Secretary Hank Paulson for a status report. Paulson told Pelosi that they urgently needed to talk in person at the Capitol that night as the country teetered on the edge of an economic collapse.

Pelosi later said that Paulson told her if they didn’t negotiate later that evening “we wouldn’t have an economy by Monday.”

“The markets are not going to tolerate inaction,” said one Republican source. “They need to move by Monday.”

So, we’ll see what they can resolve to avoid a bloodbath on Wall Street Monday morning.

And then there is the war of attrition: actual concern about the health of senators.

As I reported on the air last Wednesday night, Fox was told then that finishing the coronavirus bill was a race against time. Lawmakers needed to wrap this up before everyone on Capitol Hill got sick. Now “coronavirus is in the Senate,” as McConnell declared Sunday night. Some senators from both parties are livid at Paul, an ophthalmologist by training, for showing up on Capitol Hill as he awaited results of a coronavirus test. Paul’s positive test sent shockwaves through the Senate.

Some questioned the wisdom of why, day after day after day, GOP senators have repeatedly huddled for lunch meetings on Capitol Hill. At first, it was the standard location, the Mike Mansfield Room near the Senate chamber. Then, the Kennedy Caucus Room in the Russell Senate Office Building. There were also conclaves in the Central Hearing Facility in the Hart Senate Office Building. Notably, no Democratic senator has yet tested positive. Democrats have held all of their meetings via conference call.

“Personally, I would just stay a lot further away if I had a test pending,” said Sen. Kevin Cramer (R-ND) of Paul. “Might not have gone to the gym. Might not have sat at a meal. Maybe I would make arrangements to vote all by myself without somebody else in the chamber. There’s lots of room here. He is a physician himself. So one would think his ability to assess the risk is pretty good. And maybe in that education and ability, he calculated wrong.”

Sen. Kyrsten Sinema (D-AZ) scorched Paul on Twitter, though she didn’t mention her colleague by name.

“I’ve never commented about a fellow Senator’s choices/actions. Never once,” tweeted Sinema. “This, America, is absolutely irresponsible. You cannot be near other people while waiting for coronavirus test results.”

Most lawmakers think they are ten feet tall and bulletproof anyway. Lawmakers keep saying they are doing everything in compliance with CDC guidelines and in consultation with U.S. Capitol Attending Physician Dr. Brian Monahan.

But patience is running thin.

“We need to walk with the Attending Physician,” said one senior GOP source, referring to Monahan. “And Paul.”

This is why no one is quite sure how they bring the House back to vote on the phase three coronavirus bill. They’ve floated everything from approving the package via unanimous consent – where no one in the chamber objects – to stretching out the vote over a day or two. To be frank, House members are completely flipped out about having to come back to align with the Senate.

But that presumes the Senate can get an agreement and send it to the House.