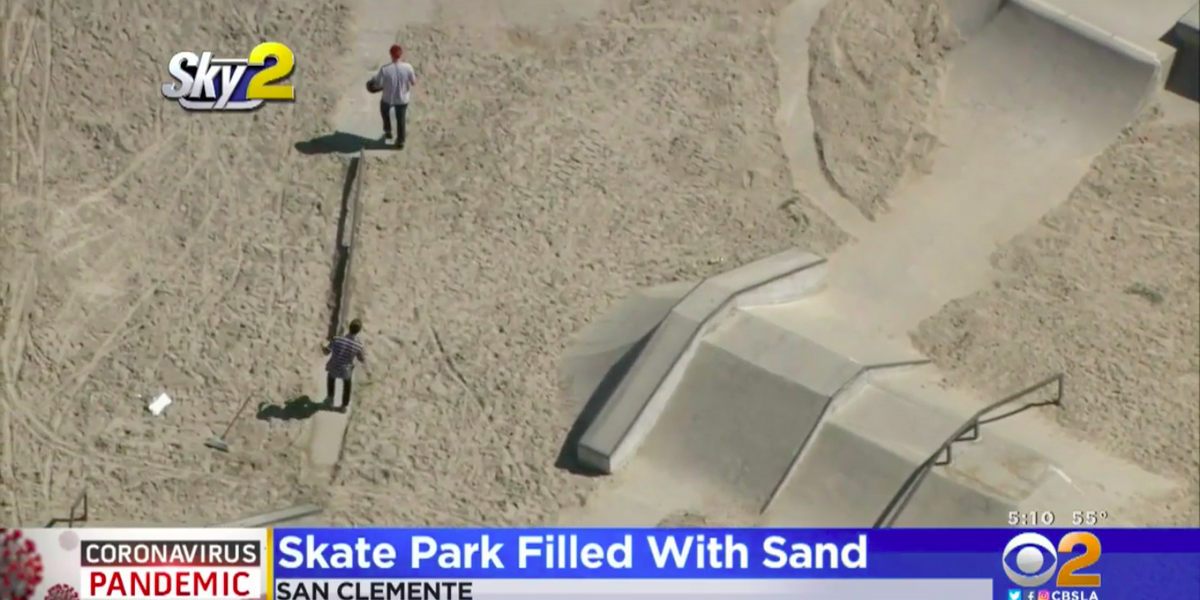 During the current coronavirus-inspired lockdown, outdoor activities have become a solace for many who have found themselves unwillingly locked in their homes without any available recreational activities. Parks have been vital for parents with kids, in particular — especially parents who don’t want their kids to spend literally every waking hour watching television or playing video games.

The State of California, however, is so determined to keep people apart that they closed all parks effective April 1st, thus removing one of the few places for outdoor activities. However, some kids in the city of San Clemente apparently did not take the warning seriously enough and continued to skate in a local park as a way to blow off steam.

The city of San Clemente wasn’t having it, however, and filled the park — at taxpayer expense — with 37 tons of sand in order to prevent kids from skating there while the lockdown continues.

The city’s actions are all the more egregious because the money to build the park was raised by a nonprofit coalition of local families who wanted a place for their kids to be able to skate safely — and they were not even notified that the park would be filled with sand, according to KCAL-TV.

The move is just the latest by local and state governments who have been increasingly emboldened to take aggressive measures to enforce social distancing policies in many locations. Those measures have led to protests across the country, as frustrated citizens descended on numerous state capitols this week to protest various aspects of social distancing orders.