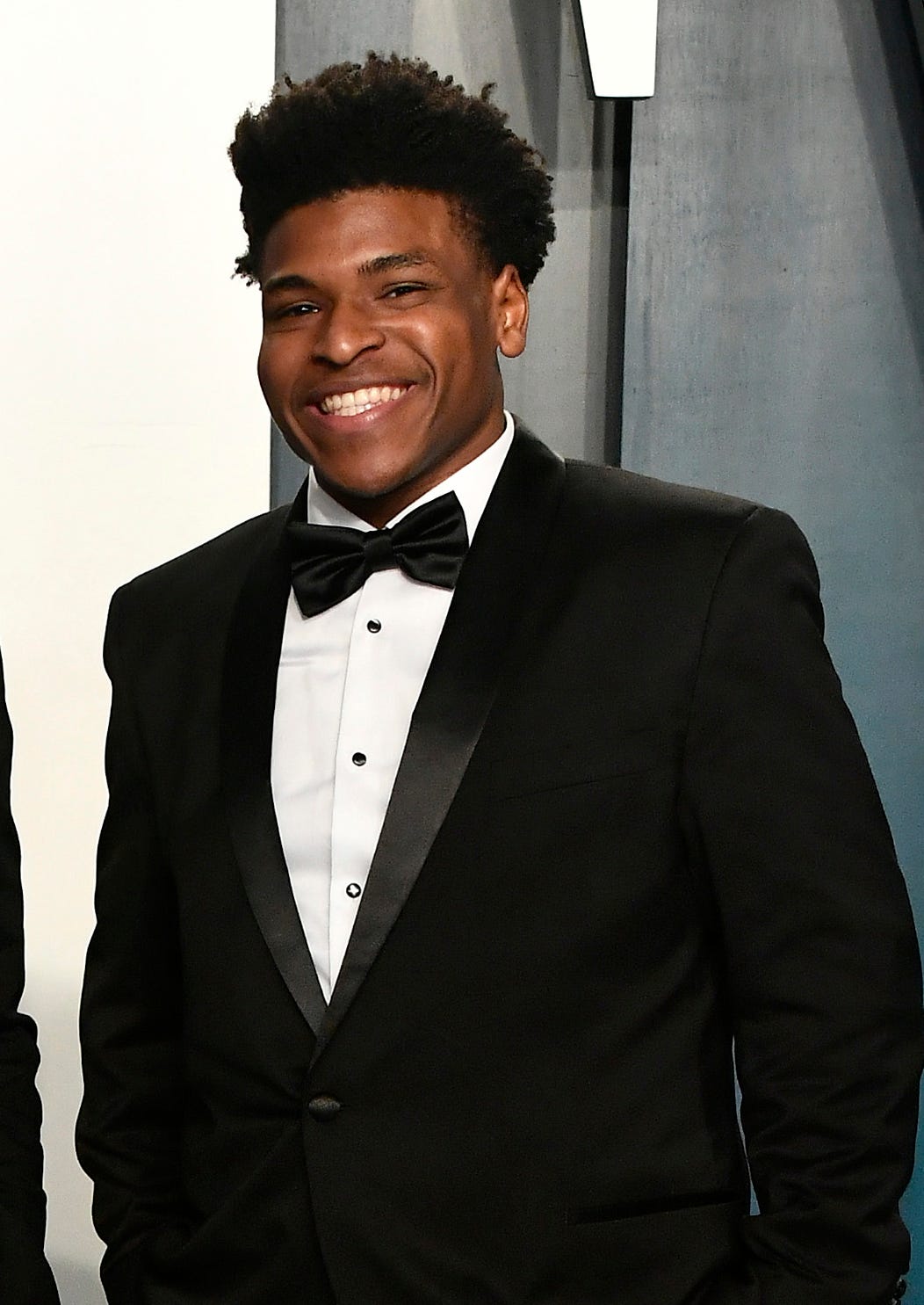 Jerry Harris, former star of the Netflix docuseries “Cheer,” was sentenced Wednesday to 12 years in federal prison for soliciting sex from minors and pressuring young boys to send him nude photos and videos.

The 22-year-old pleaded guilty in February to two charges for sexually assaulting a 15-year-old in the bathroom during a cheer competition and paying a 17-year-old to send him sexually explicit photos and videos via Snapchat, court records show. Harris also admitted to similar conduct involving other minors, though prosecutors agreed to dismiss those charges as part of the plea agreement.

Harris’ conviction marked a stunning fall for the former star who captivated fans when he appeared in “Cheer.” His arrest in September 2020 sparked a reckoning in the world of competitive cheerleading, prompting others to share their own accounts of abuse and pressuring the sport’s governing body to institute reforms.

“Jerry Harris’ guilt has been firmly established,” said Sarah Klein, attorney for a Texas family that was the first to report allegations against Harris to authorities. “The sentence he received reflects the severity of his crimes and the lifetime of pain his victims will suffer.”

After a nearly seven-hour hearing, U.S. District Judge Manish Shah also sentenced Harris to eight years of supervised release following his term in prison. The judge told Harris the sentence was an “expression of the seriousness of your crimes, tempered with some hope that all is not lost for you or for your victims, and that in the future some healing can occur.”

In court Wednesday, Harris apologized to his victims, saying he was “wrong and selfish.”

“I regret my decisions and I am deeply sorry,” he said, according to a copy of his statement that was shared by his attorney, Todd Pugh. “All I can do going forward is to try to do better and be a better person. I do not deserve forgiveness, but I do pray that one day you might find it in your hearts.”

Harris’ attorneys had argued for a six-year prison term. In court documents, they cited Harris’ difficult childhood and said he had a “warped” view of relationships because he himself was sexually assaulted at age 13 by a 19-year-old from his cheer gym. The lawyers submitted character reference letters and videos from more than 80 people, including Navarro College cheerleading coach Monica Aldama, other “Cheer” castmates and members of the broader cheerleading community.

Assistant U.S. Attorney Kelly Guzman had asked for a 15-year sentence. In court documents, she acknowledged Harris’ traumatic upbringing but said it was “not a blank check to commit sex offenses against minors.”

“Harris used his celebrity and wealth to continue his exploitation of children, expanding the tools available to him to manipulate them into gratifying his seemingly insatiable sexual desires,” Guzman wrote in her sentencing memorandum.

Kristen, a Texas mother, and her twin sons Charlie and Sam were the first to report allegations against Harris to authorities. USA TODAY agreed to withhold the family’s last name because the boys are minors and alleging abuse.

In interviews with USA TODAY in 2020, they described a pattern of harassment by Harris that started when the boys were 13 and Harris was 19. The family said it continued for more than a year.

On Wednesday, the now-16-year-old twins gave statements in federal court detailing the lasting impact of Harris’ abuse, including the loss of friendships and their struggles with anxiety and post-traumatic stress disorder. Charlie said he became so afraid of public restrooms after Harris pressured him for sex in one that he stopped eating at school so he wouldn’t have to use the bathroom there.

Cheerleading has a list of people banned:It was missing 74 convicted sex offenders

‘A huge slap in the face’:Frustrations grow over cheerleading’s mishandled sexual misconduct cases

“I knew in my heart and soul that what Jerry was doing to me and Sam was bad,” Charlie wrote in his statement, “but everyone was telling me that is just the way Jerry is and that if I were to ever to report him that EVERYONE would turn their back on me because I would have ruined the life of such an amazing person that everyone loved.”

Sam said he and his brother decided to speak up after realizing Harris was abusing others. “It made us realize that we couldn’t stay quiet – that we had to speak up, no matter how much it cost us,” he said in his statement. “And it cost us SO much.”

The FBI investigation into Harris was first reported by USA TODAY in September 2020, at a time when Harris’ celebrity was growing. He had picked up sponsorships with Starburst, Cheerios and Walmart. He had worked the red carpet for “The Ellen DeGeneres Show.” And he was still spending time in cheer gyms, despite the fact that the allegations against him had been reported to the sport’s governing body in May 2020.

USA TODAY found officials at that governing body, the U.S. All Star Federation, waited four months to suspend Harris, doing so only after the news organization published an article about the allegations. USA TODAY has since reported on pervasive child protection failures throughout the sport of competitive cheerleading, including how USASF delayed investigations and failed to prevent those accused or convicted of misconduct from working with young athletes.

When USA TODAY began its reporting, just 21 people had been suspended or banned from the sport. Today, more than 200 people’s names appear on the list.

USASF officials could not be reached Wednesday for comment on Harris’ sentence.

USASF, Harris and others are still facing a civil lawsuit filed by Kristen and her sons.

In a statement Wednesday, Kristen said the “entities that control all-star cheerleading were eager to ride on his coattails” as Harris’ celebrity status grew and brought positive attention to the sport.

“Now it is time for those same organizations to demonstrate an unequivocal commitment to the transparency, accountability, and substantive change necessary to prevent this from ever happening again,” she said.

The Associated Press contributed to this report.