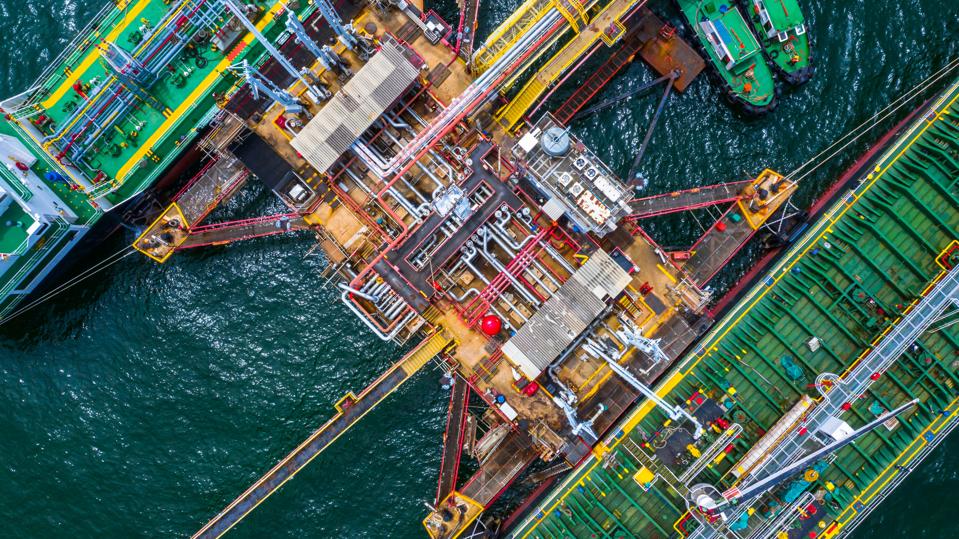 Aerial view of two fuel tanker ships at a port.

It looks like China will not meet its Phase One trade deal promise to import more U.S. fuel products, including LNG, market watchers are now saying. Maybe that analysis is too easy to make at this point.

China has as good excuse as any: the economy is climbing out of a pandemic sized hole, and demand is not what it was a year ago. The question is, will that excuse be good enough for the U.S. to keep Phase One in tact? Given that this is an election year, blowing up what President Trump once called a “great deal” may not be politically prudent. For now, China is not going to deliver on its promises and its excuse is reasonable enough.

China said it would spend around $26 billion on U.S. oil and gas purchases this year.

In Washington, Republican lawmakers and U.S. trade groups have been lobbying the White House to prioritize oil, gas and its derivatives in trade negotiations with numerous countries, with China being a prime target. They all want China — the emerging market’s biggest oil and gas importer — to increase its purchases of things like liquefied petroleum gas and liquefied natural gas, especially. It’s the only way U.S. natural gas is going to get into China. China can get these things cheaper from Russia, just across the border, via pipelines.

China’s economy is in recovery mode, so one would expect more demand for oil and gas. That doesn’t seem to be translating into more demand for the U.S. product. China has a lot in storage to burn through.

Crude oil prices fell over $1.30 during the day on Thursday and are back under $40. 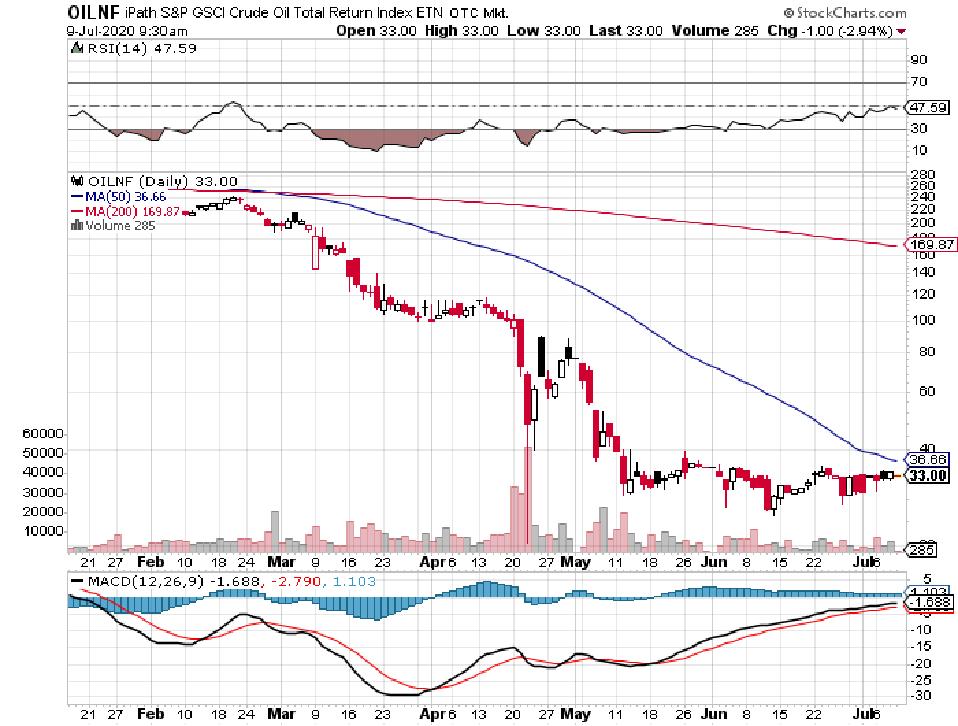 Oil remains a laggard. Seen here, the iShares Oil Total Return ETF is trading below its 50-day and … [+] 200-day moving average as demand for crude remains week and inventories sap the life out of oil and gas pricing.

With or Without China, The Oil Glut Continues

This week’s Energy Information Administration inventory report showed a continuous build-up in crude oil sitting in storage tanks. Gasoline demand is picking up, so a drawdown in inventories in the U.S., where oil was being stored on tanker ships offshore because there was no room, for the most part, at on shore storage facilities, will lead to a better outlook for oil prices. A lot is riding on the pandemic winding down.

Oil’s direction is also an important indicator not only for energy stocks, but for commodity exporters like Brazil and Russia. Weak commodities tends to mean a strong dollar and a strong dollar is almost always negative for investor sentiment in emerging markets.

On Tuesday, the EIA released their Short Term Energy Outlook (STEO) report for oil and the July STEO remains subject to heightened levels of uncertainty due to the pandemic. Reduced economic activity has caused changes in energy supply and demand patterns all year; China is no exception.

Uncertainties persist across all energy sources, including liquid fuels, natural gas, electricity, coal, and even renewables.

Last month, OPEC+ announced that the world’s oil producers would all extend through July their period of cutbacks that was set to expire on July 1. It is unclear if Russia will continue along this path once the month is up.

Nevertheless, EIA expects monthly spot prices to average $41 during the second half of 2020 and rise to an average of $50 in 2021. That’d be for Brent crude.

Meanwhile, China not holding up to its end of the trade deal, regardless of pandemic woes, adds to the geopolitical overhang. China stocks are on a tear, anyway, likely thanks to government backing from the People’s Bank of China, the casino-like atmosphere of China’s A-shares among retail investors there, and foreign investors starting to move overweight China on two factors: they are coming out of the coronavirus slump, and the prospect of a Joe Biden presidency. Biden is seen as ending the trade war with China.