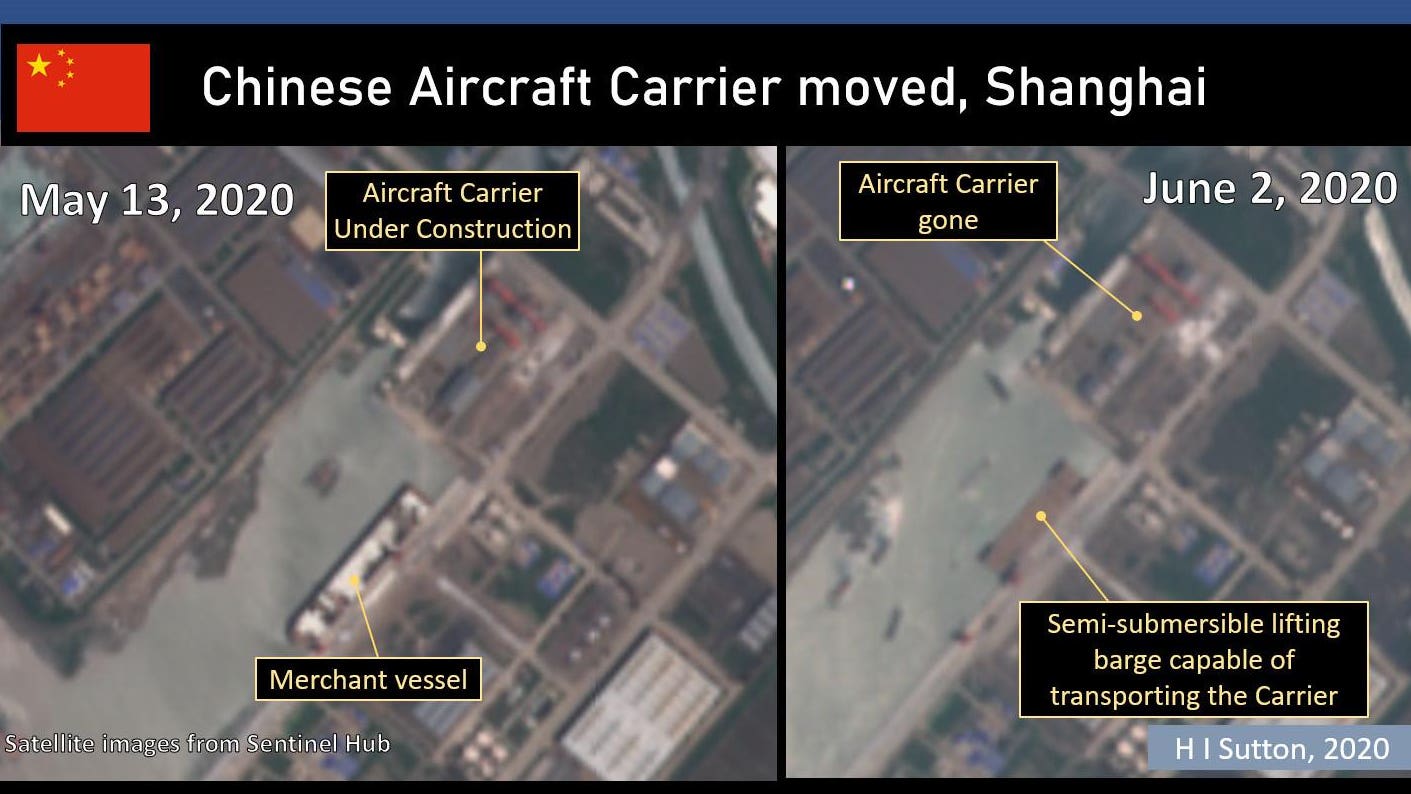 China is building a new large aircraft carrier, the Type-003 Class. The ship will be a closer equivalent of the U.S. Navy’s carriers than the two ships already in service with the Chinese Navy. Open-source intelligence analysts have recently spotted something surprising however. The unfinished vessel has disappeared from its construction site in Shanghai. Based on analysis of publicly available satellite imagery we can determine that it was moved between May 25 and May 28. 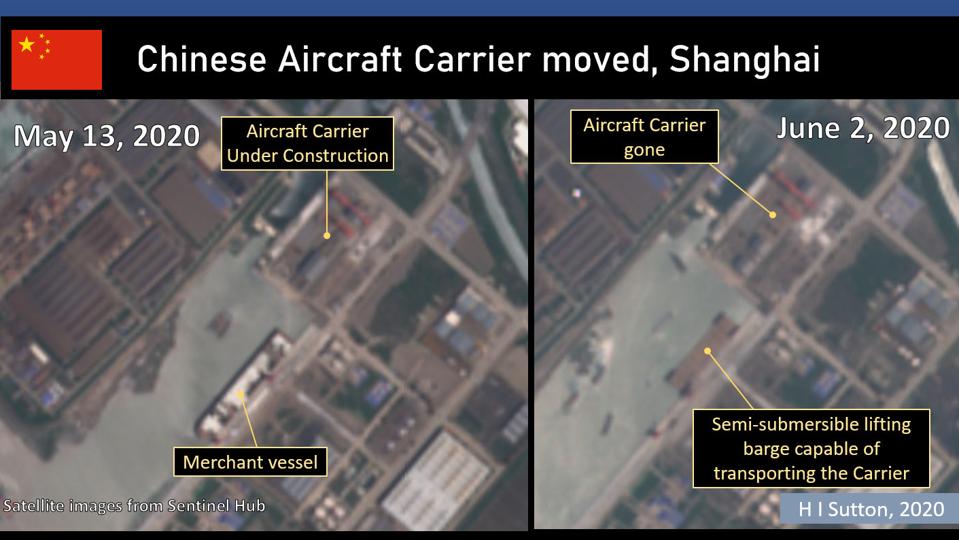 The aircraft carrier was being constructed in a special dock at Shanghai, but has surprisingly been … [+] moved. It’s new location has yet to be found.

The Type-003 will differ from China’s existing two carriers by having an Electromagnetic Aircraft Launch System (EMALS), similar to the USS Ford. The current carriers use a ski-jump which limits the payload carried by the jets when they take off.

This move has taken many observers by surprise. The construction site was purpose-built and with its own launch basin. Many hull sections had been laid out and were in the process of being joined together. The gigantic hull was beginning to take shape.

The first hints that something was afoot was the construction of a large semi-submersible transport barge. This vessel is itself massive, capable of carrying whole sections of aircraft carrier. It does not appear to be designed for the open ocean however, so was expected to be used locally between different parts of the shipyard.

This was moved into the basin near the carrier in May. It is just visible, hiding behind cloud, in a satellite image from May 23. Crucially, it was empty. It is the most likely culprit, but it is back in the basin in more recent imagery on June 2, after the carrier has gone. So the new location must be relatively close by for the barge to have loaded, gone there, unloaded and returned.

The construction site is captured by passing satellites several times per week. But recent imagery has been plagued by sometimes impenetrable cloud cover. The cloud was there on the days she was moved. Now that they have cleared, analysts have been trying to figure out what has happened. And now fresh images from a plane have emerged on Chinese social media which put the disappearance beyond doubt.

Possible reasons may relate to problems with the launch basin. Large ships have docked there already, but the area is constantly being dredged. Another possibility may be an issue with the construction site itself.

The notion that it has been cancelled and consequently scrapped seems too dramatic. And it would be easier to do any work in place.

Possibly in the coming weeks the carrier will be relocated. Analysts are already exploring potential areas and some believe that they may have found it, so it may be soon that we can report with confidence where it is. But why it has been moved, and what that means for China’s aircraft carrier plans, may take much longer to figure out.