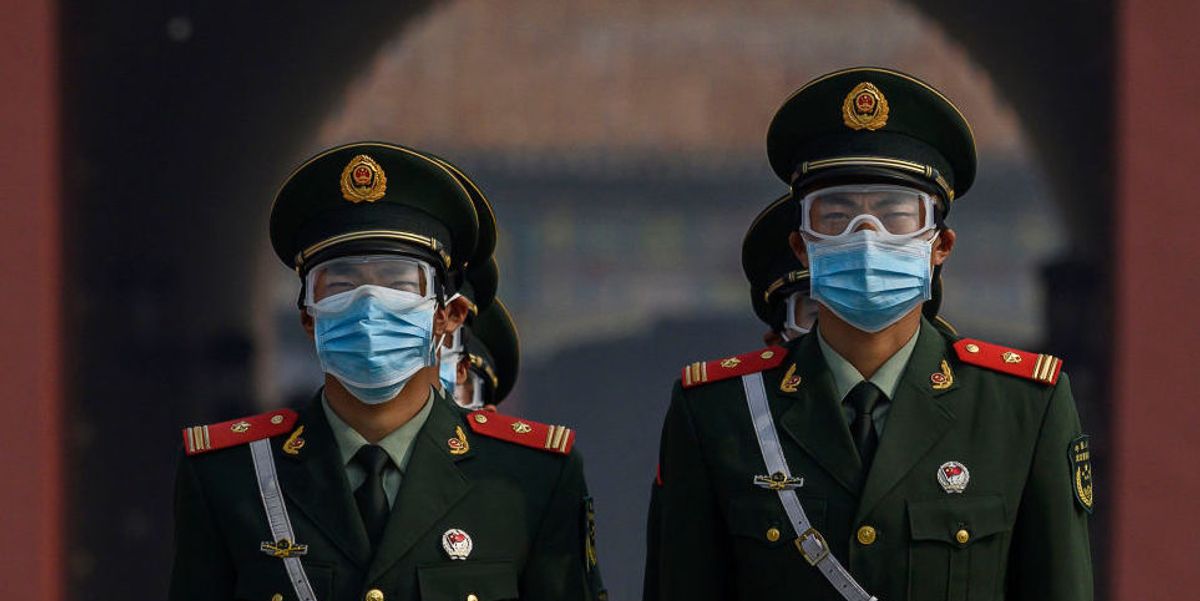 Beijing, China’s capital city, has entered “wartime emergency mode” after a spike in coronavirus cases that reportedly originated at a major food market in the city of more than 20 million people.

According to Reuters, 45 people out of 517 who were tested for COVID-19 at the Xinfadi market in the city’s southwestern Fengtai district have tested positive for the virus, district official Chu Junwei said. However, none showed symptoms of the virus, he said.

In response, authorities locked down 11 neighborhoods that surround the market, which is one of the largest in the world, by deploying around-the-clock armed guards.

“In accordance with the principle of putting the safety of the masses and health first, we have adopted lockdown measures for the Xinfadi market and surrounding neighborhoods,” Chu said.

The entire Xinfadi market was shut down at 3 a.m. on Saturday (1900 GMT on Friday), after two men working at a meat research centre who had recently visited the market were reported to have the virus. It was not immediately clear how they had been infected.

On Saturday, market entrances were blocked and police stood guard. Beijing authorities had earlier halted beef and mutton trading at the market and had closed other wholesale markets around the city. They plan for more than 10,000 people at the Xinfadi market to take nucleic acid tests to detect coronavirus infections.

Additionally, tourism and sporting events have been banned in the capital region. Another Chinese city in a neighboring province has also temporarily banned the sale of raw seafood and other animal products following reports that COVID-19 was detected on chopping boards at the Xinfadi market.

The development comes as global leaders fear a possible “second wave” of COVID-19 as countries continue to ease lockdown restrictions.

In the U.S., Dr. Anthony Fauci, director of the National Institute of Allergy and Infectious Diseases, told CNN on Friday that a second wave is “not inevitable,” despite some states seeing an increase of infections.

“It is not inevitable that you will have a so-called ‘second wave’ in the fall or even a massive increase if you approach it in the proper way,” Fauci explained.