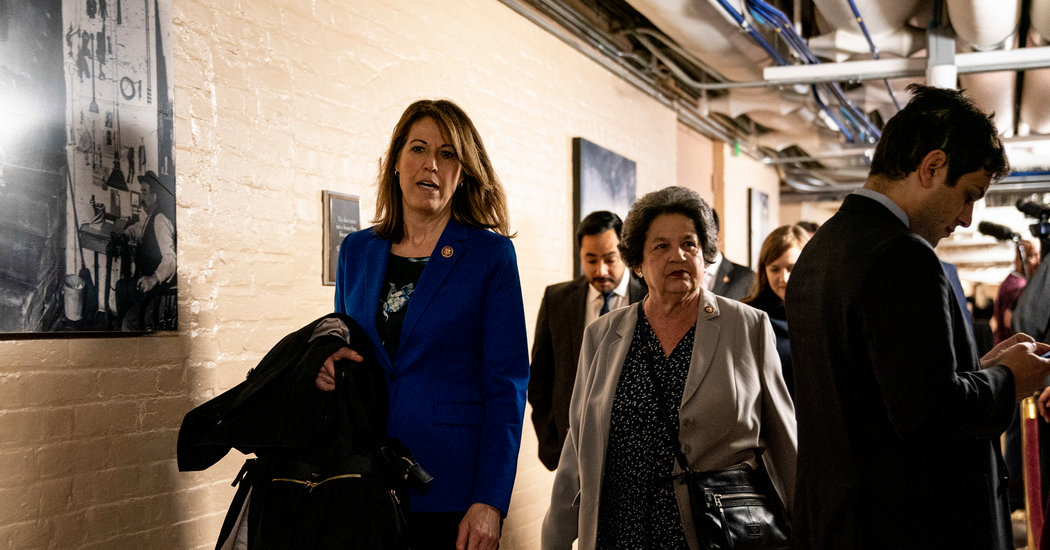 MANCHESTER, N.H. — Representative Cindy Axne of Iowa is endorsing former Vice President Joseph R. Biden Jr., giving him another prominent backer with just over a week until the state’s caucuses.

Ms. Axne, a freshman Democrat who unseated a Republican incumbent, hails from the kind of swing district that was key to the party’s takeover of the House in the 2018 midterm elections, and will be crucial to its continued control of the chamber.

“He is who I believe is the one sure bet to beat Donald Trump,” Ms. Axne said in an interview, describing him as “a person who can bridge the divisiveness in this country.”

Mr. Biden has now been endorsed by two of Iowa’s three Democrats in Congress. Representative Abby Finkenauer, another freshman who also flipped a Republican-held seat in 2018, endorsed him in early January. The state’s other House Democrat, Representative Dave Loebsack, has endorsed former Mayor Pete Buttigieg of South Bend, Ind.

The endorsement comes as campaigning in the presidential primary resumes in force, after a week in which the senators who are running were confined to Washington for the impeachment trial of President Trump. After an abbreviated impeachment session on Saturday, Senators Elizabeth Warren, Bernie Sanders and Amy Klobuchar were scheduled to fly to Iowa to resume their courting of the state’s Democrats, who will start the nominating process on Feb. 3 with caucuses across the state.

Ms. Axne is set to appear with Mr. Biden on Saturday night when he holds a campaign event in her district in Ankeny, a suburb of Des Moines. Earlier Saturday, Mr. Biden was scheduled to hold an event in Salem, N.H., before flying to Iowa.

On the campaign trail, Mr. Biden stresses the importance of choosing a Democratic presidential nominee who will help candidates down the ballot, and he frequently cites his efforts campaigning for Democratic candidates in the 2018 midterm elections, when the party won control of the House.

“Who do they most want to run with?” Mr. Biden said in Claremont, N.H., on Friday, noting the importance of keeping control of the House. “Who will most help them from the top of the ticket? That’s for you to decide. Obviously, I think I’m the guy.”

Ms. Axne said she believed that Mr. Biden would drive turnout in districts like hers, and emphasized the importance of protecting the Democratic majority in the House.

“Any message that doesn’t focus on hope and bringing this country together, that doesn’t have solid pragmatic solutions to solve the issues that we’re seeing today, if we don’t have somebody who has that type of message, I do believe it could hurt folks like us,” she said.

She also nodded to what she suggested was Mr. Biden’s broad appeal. “I truly believe that there are Iowans that would have some difficulty with some of the positions by other people running in this party,” she said.