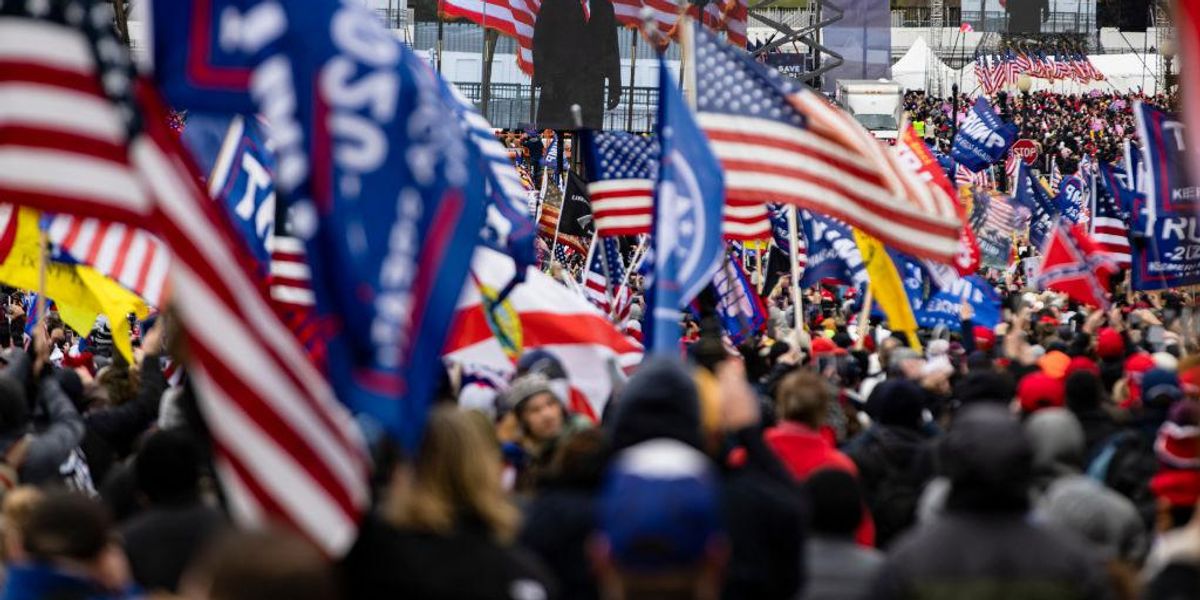 A CNN national security analyst on Tuesday called President Donald Trump the “leader of a terrorist organization,” calling for the “complete isolation” of a president 74 million Americans voted for in the 2020 election.

Juliette Kayyem, a lecturer at Harvard University and former member of the Obama administration’s Homeland Security Advisory Council, appeared on a CNN panel with Jim Sciutto and Poppy Harlow, during which she made the case that Trump is the “spiritual” and “operational” leader of a “domestic terrorism effort.”

“Trump is the spiritual leader for domestic terrorists and he is their operational leader. He tells them what to do… https://t.co/xaREVClYNu

She argued that the United States government needs to begin a counterterrorism effort against elements of the president’s supporters who participated in the violent riots at the Capitol building Jan. 6, during which five people died, and that such an effort requires going after Trump first.

“And so we need to start at the top, like any counterterrorism effort, which is total isolation of the president of the United States. Impeachment, yes. 25th Amendment, yes. Deplatforming, yes. All of the above. No money. No access to campaign funds,” Kayyem said.

She called for Trump’s “complete isolation” because Trump, “as the leader of a terrorist organization,” will have a more difficult time recruiting followers if he is “viewed as a loser.”

“He’s going to have his radical elements. We will arrest them, we will isolate them. But what we have to make sure is that Donald Trump does not have a second act. I know I sound incredibly harsh right now calling the president this, but we are in the tactical response right now. Enough with the ‘let’s unity’ and stuff, this is a tactical effort right now to make sure that we protect American citizens and, of course, the next president of the United States.”

Kayyem laid out her argument in more detail in a column published by the Atlantic Tuesday in which she accused the president of being a “rallying point for a coalition of theocrats, internet fantasists, white supremacists, and various other authoritarians who are in no way committed to peaceful transitions of power.”

“The way to unite this country is to isolate acts of violence—and a leader who incites it—from legitimate expression,” Kayyem wrote. “Trump was a north star for a certain kind of radical. Americans will be safer the more that star loses its shine.”