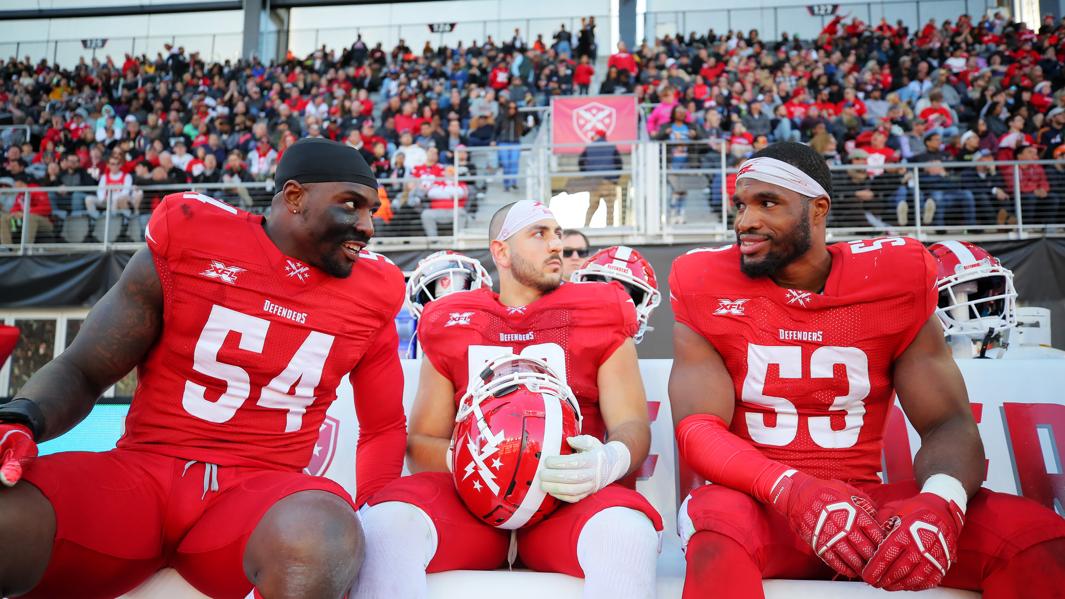 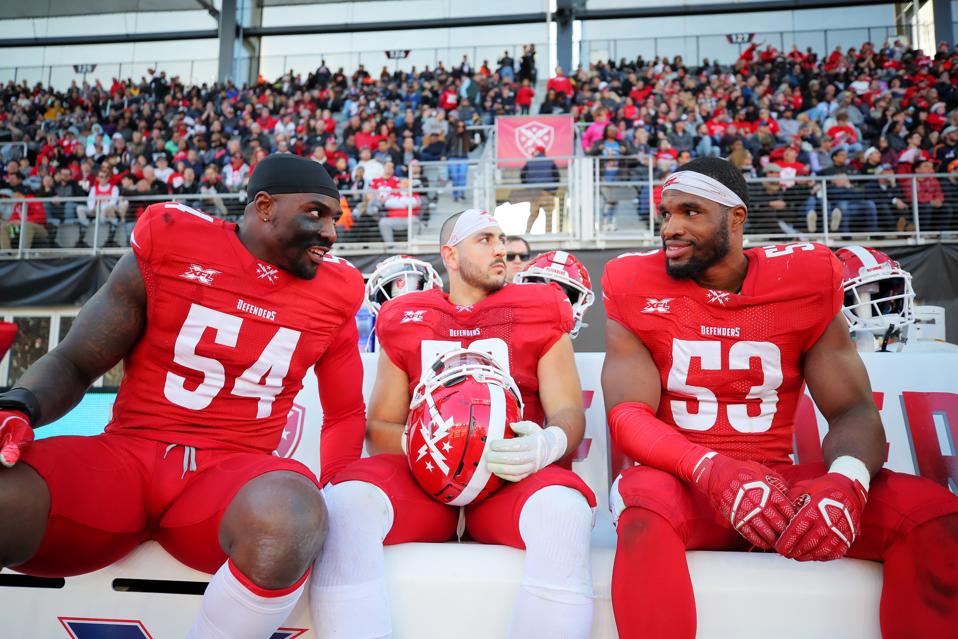 WASHINGTON, DC – MARCH 8: Jonathan Massaquoi #54, A.J. Tarpley #59, and Jameer Thurman #53 of the DC … [+] Defenders talk during the XFL game against the St. Louis BattleHawks at Audi Field on March 8, 2020 in Washington, DC. (Photo by Shawn Hubbard/XFL via Getty Images)

Topline: As the coronavirus pandemic keeps Americans confined to their homes, nearly every industry has been negatively impacted by the disease, and businesses losing out on cash flow have started laying off workers.

What to watch for: If any U.S. airlines end up laying off workers. Delta Airlines said it would cut flights and freeze hiring. American Airlines is also cutting flights, and delaying trainings for new flight attendants and pilots.

What we don’t know: Exactly how many restaurant workers have been laid off due to the pandemic. New York City, a dining mecca, has about 27,000 eating and drinking establishments that were staffed by over 300,000 people. Restaurants are able to fulfill delivery and takeout orders, but can do so using skeleton crews.

Big number: 50%. That’s how many U.S. companies are considering layoffs, according to a survey released by Challenger, Gray & Christmas, the country’s oldest outplacement firm. And the Federal Reserve of St. Louis estimated that 47 million jobs could be lost due to the coronavirus crisis. The numbers come on the heels of the 10 million American workers who filed for unemployment, according to data released Thursday, an all-time high.

Key background: There are now over 350,000 reported coronavirus cases in the U.S. and over nearly 10,000 deaths, according to data from Johns Hopkins University. Worldwide cases now amount to over 1.3 million infected and nearly 74,000 dead. Meanwhile, President Trump signed a coronavirus relief bill into law that provides free testing and paid sick leave, along with a $2 trillion stimulus package. New York and other state and city governments have declared states of emergency, banned large gatherings and ordered the closings of restaurants and bars to stem the spread of disease. Cancelations of concerts, sports leagues, festivals, religious gatherings and other large events have impacted millions of people. President Trump enacted a 30 day travel ban from Europe that sent airlines and travelers scrambling to adjust, before declaring a national state of emergency March 13. The uncertainty over when the country—and its citizens—can resume normal life is a specter hanging over businesses, as they decide whether to cut workers.