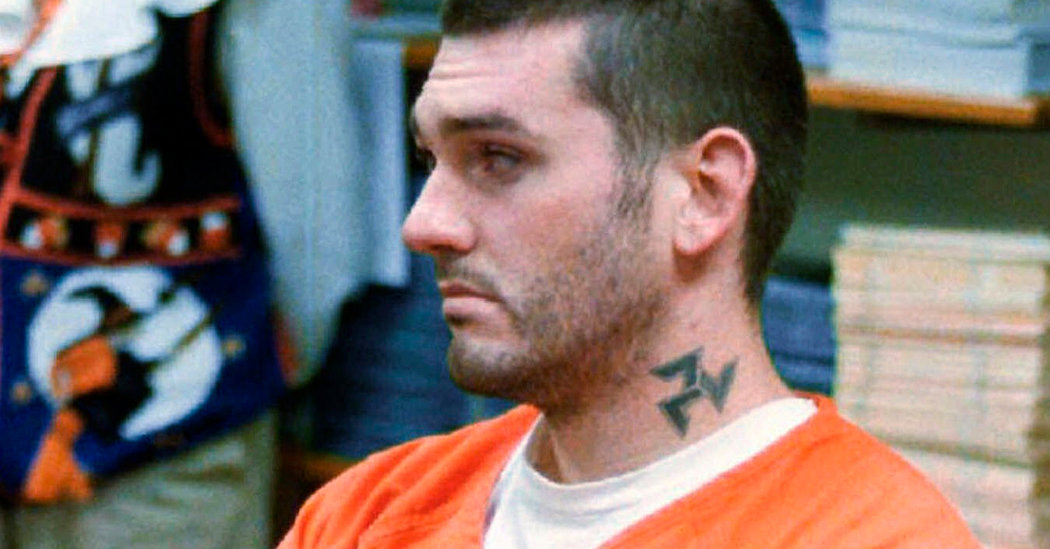 WASHINGTON — The first federal inmate in 17 years is set to be put to death on Monday, barring a last-minute stay, after a federal appeals court ruled on Sunday that the Justice Department could carry out the execution as planned.

Daniel Lewis Lee, 47, was sentenced to death decades ago for his part in the 1996 murder of a family of three. Family members of Mr. Lee’s victims had sued the Justice Department, arguing that they could not safely travel to witness the execution because of the coronavirus. A federal judge in Indiana, where the execution will take place, suspended the plan late Friday, but the decision on Sunday by the United States Court of Appeals for the Seventh Circuit put it back on track.

The family plans to appeal to the Supreme Court, which would have to act before 4 p.m. Monday to stop the execution.

The Trump administration announced in July 2019 its campaign to bring back the federal death penalty from what had been a de facto moratorium. But legal challenges to the federal government’s proposed execution protocol delayed the procedures. Less than a month ago, the Justice Department renewed that push, scheduling four executions this summer, all of which were of inmates convicted of murdering children. Three, including Mr. Lee, are scheduled to die this week.

Several family members of Mr. Lee’s victims — including those who had filed the lawsuit — have called for the Justice Department to commute his sentence to life in prison. But in the lawsuit filed last week, they argued that their pre-existing conditions, including congestive heart failure and asthma, made traveling hundreds of miles to attend the execution especially risky.

Not anticipating the court’s decision, two family members of the victims missed scheduled flights from Washington State on Sunday morning, when the stay was still in effect, said the family’s lawyer, Baker Kurrus. He said it was too difficult for Earlene Branch Peterson, 81, whose daughter and granddaughter were killed by Mr. Lee, to drive hundreds of miles to the execution from her home in Arkansas.

“It’s very distressing to think that the U.S. government put its full power behind the idea that they need to hurry up and kill Danny Lee even though there hasn’t been an execution in 17 years — even though that rendered the rights of my clients illusory,” Mr. Kurrus said. “They’re stomping on the rights of victims of crimes.”

Diane S. Sykes, the appeals court’s chief judge, wrote in a ruling for the appeals panel that the family did not have a protected right to bear witness to Mr. Lee’s execution but rather only permitted to attend.

The decision reversed the temporary injunction, issued on Friday by Chief Judge Jane E. Magnus-Stinson of the United States District Court for the Southern District of Indiana, an Obama appointee. The Seventh Circuit is among the most conservative appeals courts in the country, with only two Democratic presidential appointees among its 14 judges. President Trump has already appointed four judges to its bench.

As the coronavirus spread, the federal penitentiary in Terre Haute, Ind., suspended all visits to the prison, even as the four men on death row learned that their executions had again been scheduled. After the Bureau of Prisons reopened visitation for their legal counsel last month, lawyers for the men worried that visiting their clients could expose them and their loved ones to the coronavirus. The lawyers argued that the pandemic prevented them from adequately defending their clients during a critical time in their cases.

“There’s a resurgence in the pandemic,” said Ruth Friedman, Mr. Lee’s lawyer and the director of the Federal Capital Habeas Project. She added that the Justice Department “said they owe it to the victims, but I guess they don’t owe it to the victims” to ensure their health.

According to the Bureau of Prisons, participants in Mr. Lee’s execution will be required to wear masks and have their temperatures checked.

Spiritual advisers for the two other federal inmates scheduled to be executed this week have filed complaints similar to those by Mrs. Peterson and her family, arguing that pre-existing conditions put them at risk of contracting the virus if they attend. Their lawsuit is pending.

According to a recent filing in the lawsuit, a Bureau of Prisons official at the Terre Haute penitentiary tested positive for the coronavirus last week after attending a meeting to plan for the executions and protests that might occur outside the facility. He also tended to an issue at the Special Confinement Unit, which houses the federal death row inmates. The bureau is in the process of contact tracing, the filing said, but the staff member did not come into contact with anyone who will conduct the executions or plan victim witness transportation and logistics.

The bureau did not respond to a request for comment Sunday.