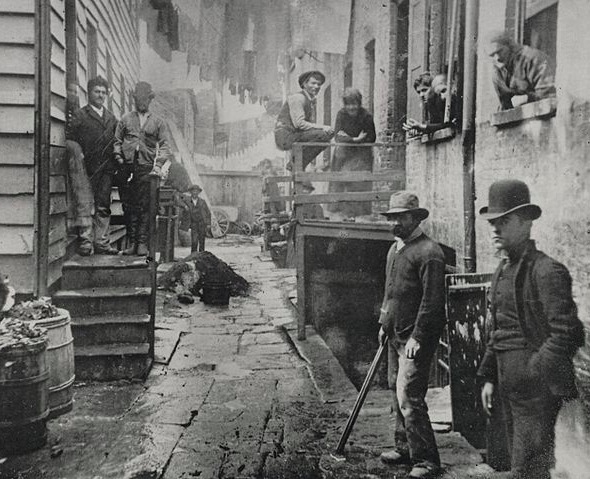 Welcome to the latest in our series of audio adventures, Tales for Our Time: This month’s pick is P G Wodehouse’s early foray into the gangs of New York – Psmith, Journalist. Thank you for your kind words about our opening episodes. Peter, a First Week Founding Member of The Mark Steyn Club from the English Home Counties, writes:

Simply wonderful – many thanks (again)

Wrt Psmith, Wodehouse based him on Rupert D’Oyly Carte, son of the Gilbert & Sullivan impresario Richard. At Winchester School, Rupert would always be immaculately dressed and, when asked by a Master how he was, Rupert replied ‘Sir, I grow thinnah and thinnah’.

I’d like to see your parody review from The Independent – is it available? You may enjoy the glorious clip from The Tall Guy, where Jeff Goldblum vainly auditions for a new Berkoff.

My Wodehousian parody exists in mouldering paper form in the archives, Peter. I’m a wee bit distant therefrom at the moment, but maybe I’ll try and dig it out in the next few days.

Psmith is the link between Wodehouse’s early school stories and the grown-up stuff. In tonight’s episode, having determined to transform what he regards as the excessively cozy Cozy Moments into a periodical more appropriate to the liveliness of New York, our protagonist finds his great cause in the Lower East Side tenements. Behold P G Wodehouse the social realist:

The New York slum stands in a class of its own. It is unique. The height of the houses and the narrowness of the streets seem to condense its unpleasantness. All the smells and noises, which are many and varied, are penned up in a sort of canyon, and gain in vehemence from the fact. The masses of dirty clothes hanging from the fire-escapes increase the depression. Nowhere in the city does one realise so fully the disadvantages of a lack of space. New York, being an island, has had no room to spread. It is a town of human sardines. In the poorer quarters the congestion is unbelievable.

Psmith and Mike picked their way through the groups of ragged children who covered the roadway. There seemed to be thousands of them.

“Poor kids!” said Mike. “It must be awful living in a hole like this.”

Psmith said nothing. He was looking thoughtful. He glanced up at the grimy buildings on each side. On the lower floors one could see into dark, bare rooms. These were the star apartments of the tenement-houses, for they opened on to the street, and so got a little light and air. The imagination jibbed at the thought of the back rooms.

“I wonder who owns these places,” said Psmith. “It seems to me that there’s what you might call room for improvement. It wouldn’t be a scaly idea to turn that Cosy Moments search-light we were talking about on to them.”

Members of The Mark Steyn Club can hear Part Three of our adventure simply by clicking here and logging-in. Parts One and Two can be found here.

At the time he wrote this book, Wodehouse was a jobbing writer about New York. Thus the world of Cozy Moments is drawn from his own life. He had a Psmith-like experience at Vanity Fair (a very different magazine from its current iteration), much of which he wrote under various pseudonyms: Pelham Grenville, J Plum, C P West (almost the perfect generic nom de plume), Melrose Granger (a bit too particular), P Brooke-Haven (very good), J Walker Williams (not quite so)…

When I was a teenager, I read Wodehouse’s letters to Bill Townend, in one of which he complains that these American magazines always insist on re-writing everything to conform with their house style, as a result of which the entire magazine sounds as if it was written by the same person. I have never forgotten this observation. It explains why The New York Times is such an unreadable bore from start to finish. And over the years I have often cited it as my reason for withdrawing a piece rather than permitting it to be published in the sludge-like form to which they have reduced it.

I made one exception to that rule – for a pre-opening-night Times profile of the actor Daniel Massey. Dan liked my writing at the Telegraph in London, and was very happy to hear I’d be interviewing him just ahead of the first night. Alas, the Times editors re-wrote it to conform with their leaden “house style”, and I was on the verge of yanking it when I ran into a producer who casually mentioned how important the profile of Dan would be for the show’s box office. So I let it sit, with grave misgivings.

A few days later, I was strolling Psmith-like up Broadway and saw Massey approaching from the opposite direction. His first words, bellowed plaintively from about ten feet away, were: “What happened?”

I have never written for The New York Times since, and I shall rejoice the day it folds. And Plum’s advice never to have any truck with “house style” is as sound as it was when my teenage self first read it.

LBD, a Californian member of the Steyn Club, asks:

Could you possibly do a book edition of The Prisoner of Windsor?

We will, LBD. I just have to clear a little time for proof-reading – if this election ever ends.

If you have friends who might appreciate Psmith, Journalist or our other capers, we have a special Steyn Club Gift Membership that lets them in on that and all the other fun in The Mark Steyn Club.

If you’ve only joined the Steyn Club in recent days and missed our earlier serials (Conan Doyle’s The Tragedy of the Korosko, Joseph Conrad’s The Secret Agent, Baroness Orczy’s The Scarlet Pimpernel, Anthony Hope’s The Prisoner of Zenda, plus Kipling, Kafka, Dickens, Gogol, Louisa May Alcott, Jack London, H G Wells, Scott Fitzgerald and more), you can find them all on our easy-to-access Netflix-style Tales for Our Time home page. Indeed, it’s so easy to access that we’ve introduced a similar format for the new audio editions of The Mark Steyn Show.

The Mark Steyn Club is now in its fourth year, and helps support all our content – whether in print, audio or video – and keep it out there in the world for everyone. In return, membership confers, aside from Tales for Our Time, a few other benefits:

~Exclusive Steyn Store member pricing on over 40 books, mugs, T-shirts, and other products;
~The opportunity to engage in live Clubland Q&A sessions with yours truly;
~Transcript and audio versions of The Mark Steyn Show, Mark’s Mailbox, and our other video content;
~My video series of classic poetry;
~Booking for special members-only events such as The Mark Steyn Christmas Show (if live stage shows are ever decriminalized);
~Priority booking for (don’t laugh) the annual Mark Steyn Cruise, if the corona curfew is ever lifted;
~Advance booking for my live appearances around the world, assuming any such things ever take place again;
~Customized email alerts for new content in your areas of interest;
~and the opportunity to support our print, audio and video ventures as they wing their way around the planet.

To become a member of The Mark Steyn Club, please click here – and please join me tomorrow for Part Four of Psmith, Journalist.