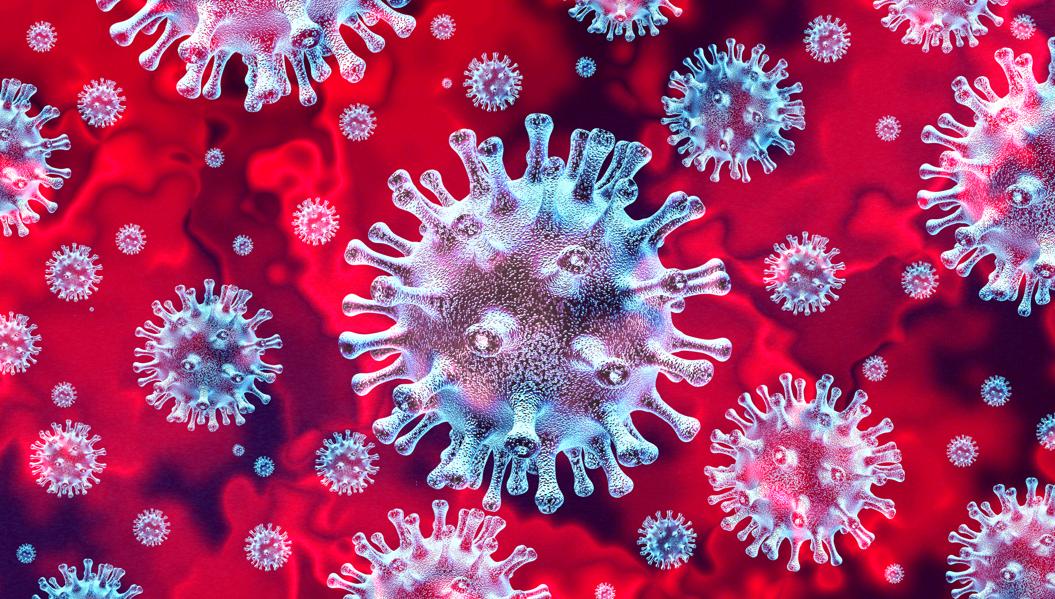 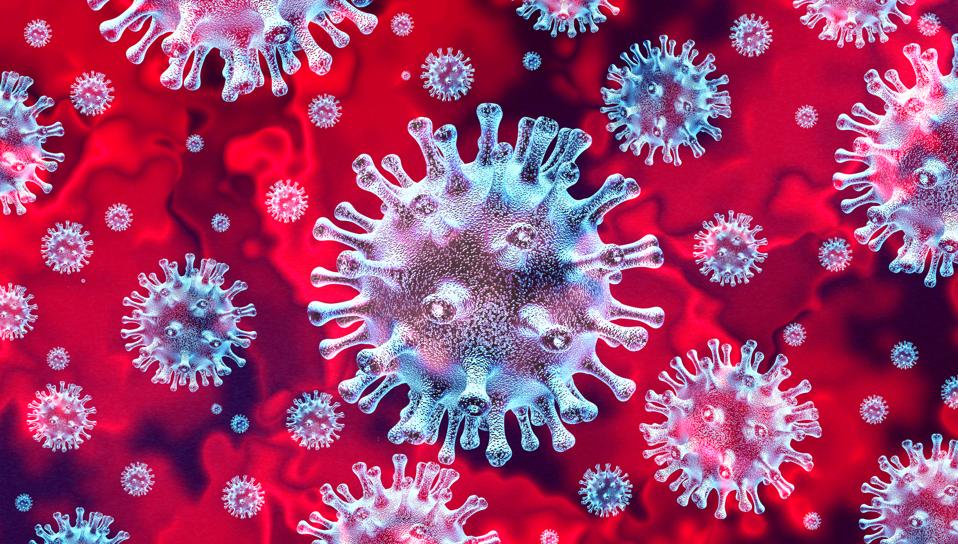 The Senate has introduced a massive bill intended to provide direct economic relief in response to the COVID-19 pandemic.

COVID-19 is the official name for the infectious disease caused by the most recently discovered coronavirus. According to the World Health Organization, as of March 20, 2020, there are 209,839 confirmed cases of COVID-19 in 168 territories and countries. According to Johns Hopkins, the United States has 14,250 confirmed cases with reported cases in every state.

As a result of the virus, state, local, and federal government officials have instituted varying degrees of voluntary and mandatory quarantines. The impact has been felt immediately by businesses.

In response, Congress has proposed several bills, including the most recent one introduced by Senate Republican leadership and dubbed the “Coronavirus Aid, Relief, and Economic Security Act” or the “CARES Act.”  Here are some of the highlights:

Stimulus Checks. The bill would provide checks called “recovery rebates” to taxpayers. Unlike rebate checks in the past, which tended to be flat per taxpayer or family, the current bill would vary according to family income. The bill would allow for checks of up to $1,200 per adult – or $2,400 for married couples filing jointly – as well as $500 per child. All taxpayers must provide a Social Security number or adoption taxpayer identification number.

And here’s where things get tricky: taxpayers must typically be working or receiving Social Security or pension income to qualify since the amounts are tied to tax returns. The amount of the checks would start to phaseout for those earning more than $75,000 ($150,000 for joint returns) and would disappear entirely for those earning more than $99,000. Those families at the bottom – those with no federal income tax liability – would receive less money, but no less than $600. Checks would be paid out “as rapidly as possible.”

And since I know many folks have asked: under the bill as written, checks would not be subject to reduction or offset.

Filing Deadlines. The bill would push off the filing (yes, FILING) deadline for individual 2019 tax returns to July 15, 2020 – but that is moot since the filing deadline was officially extended on March 20, 2020. However, the bill would also extend the due date for estimated payments for 2020 to October 15, 2020, and would treat ALL estimated payments due through October 15, 2020, as “one installment due on such date.” In other words, there would be no need to write separate checks for the skipped April and July estimated payment dates if the proposal passes.

Small Business Interruption Loans. The bill would expand the eligibility for certain small businesses (those under 500 employees) to receive a loan of up to $10 million under the Small Business Act. Loans could be used for payroll support, including paid sick, medical, or family leave, and costs related to the continuation of group health care benefits; employee salaries; mortgage payments and rent; utilities; and other debts. Loans used to cover payroll could be forgiven if businesses retain employees through June 30, 2020. Funds used to pay tipped employees, such as bars and restaurants, may be eligible for loan forgiveness if they are used to provide additional wages.

Charitable Contributions Move Above The Line. In what I think might be a first, the bill would provide that certain charitable contributions be treated as above-the-line. That means that you would not have to itemize to claim those deductions – something that many taxpayers have grappled with because of the increased standard deduction under the Tax Cuts and Jobs Act (TCJA) that took effect in 2018. Under the provisions in the bill, the benefit couldn’t exceed $300 and wouldn’t apply to donor-advised funds.

Charitable Contribution Limits. The bill would also temporarily suspend the limits under section 170(b) and (d) on cash donations for individuals and modifies limits for charitable contributions from corporations. Restrictions apply (of course).

Corporate Tax Payment Delays. Corporations get extra time to file and pay, too. The bill would extend the time to pay estimated payments (same treatment as individuals) and payroll taxes through October 15, 2020. And yes, the extension for payroll tax would apply to the employer portion of self-employment taxes, too.

Net Operating Losses. Taxpayers and tax professionals weren’t big fans of the TCJA provision limiting net operating losses. Those provisions would be modified under the bill, allowing for carry-forwards and carry-backs (!) to 2018. Lots (and lots) of limitations and restrictions would apply.

Bailouts. The bill includes up to $208,000,000,0000 for loans and loan guarantees to severely distressed sectors of the economy. Those sectors include passenger and cargo air carriers and “other eligible businesses.” Limits apply, including restrictions on paying certain highly-compensated employees.

Aviation Excise Taxes. Travelers could get a break, too. The bill would suspend certain federal aviation excise taxes through the end of the year. You may not write a separate check for those taxes, but you do pay them – just check your tickets.

COVID-19 Testing and Treatment. With costs for testing and treatment still a concern, the bill would require group health plans and health insurance issuers offering group or individual health insurance to cover preventive services for the virus. It would also require diagnostic test providers for COVID-19 to make the cash price for the test available to the public on the internet.

Inclusion of Certain Over-The-Counter Medical Products As Qualified Medical Expenses. As a woman, I cheer this provision, but as a tax professional, I’m perplexed by the timing. The bill would consider amounts paid for menstrual care products as paid for medical care. That would include “a tampon, pad, liner, cup, sponge, or similar product used by individuals with respect to menstruation or other genital-tract secretions.” You already know how I feel about this, I’m sure (you can read my tampon-hoarding piece here), because we are certainly not buying menstrual products for kicks – it’s a medical thing – but the inclusion in *this* bill is odd. But, here we are, so I’m not complaining. The bill would extend the qualifying medical expenses treatment for menstrual products to Archer Medical Savings Accounts, Health Flexible Spending Arrangements, Health Reimbursement Arrangement – your basic healthcare alphabet soup: MSAs, HSAs, HRAs and the like.

Current Students. I know many of you scrolled down just to read this bit (do yourself a favor and scroll back up, just in case), but several provisions in the bill apply to student loans. And honestly, they’re the most complicated (yes, more than airline bailout provisions). But here’s the gist. First, colleges and universities are allowed to award “emergency financial aid grants” without regard to the usual need calculation; the amount of the grant can’t exceed the applicable Pell grant for the same year. The bill would also allow some payments to be made to students with work-study arrangements if they weren’t able to finish their work during the year because of the virus (including virus-related closings).

The bill also allows the Department of Education to exclude some loans for students who were unable to remain enrolled in school as a result of a qualifying emergency (exceptions apply). Waivers also apply to Pell Grant repayments under the same circumstances. The details will probably have to be finessed, but this is clearly intended for students who were forced to withdraw and did not receive credit for attendance but paid unreimbursed tuition and expenses with loans.

Suspension Of Student Loans. The bill also provides that payments due for student loans shall be suspended – without interest – for three months.

WAIT! Before you run out and share, keep in mind that this is just a bill – and it’s my first read of the bill. It’s long and dense. Senate Finance Committee Chair Charles Grassley (R-IA) said, “These recommendations take bold steps to curb the economic fallout as we work as a country to contain this pandemic. These recommendations won’t be the end of the congressional response to the coronavirus.”

But some in Congress worry that the bill offers a lot, but is not focused on assisting those who need it most. Even Republicans voiced skepticism about the McConnell-introduced plan. Two Senators, in particular, suggested that the timing is off. Sen. Lindsay Graham (R-SC) isn’t yet on board, saying that the checks won’t do much to help at this point; Sen. Richard C. Shelby (R-Ala.) reportedly agrees.

You can read the latest version of the bill here – but settle in – it’s 247 pages long.

This bill is in addition to H.R. 6201, Families First Coronavirus Response Act, which cleared the House last week and passed in the Senate this week. It guarantees free testing or health care coverage for coronavirus testing, and provides paid sick leave for some workers and offers additional funding for seniors, food assistance, and unemployment benefits. You can read more about the highlights of the bill in our prior coverage here. The President signed the bill into law on Wednesday, March 18, 2020.

It’s also in addition to the $8.3 billion emergency health package, which was passed earlier this month. This most recent bill focuses explicitly on economic aid for workers.

Clearly, things are happening at a rapid-fire pace these days. As tax updates become available, we’ll keep you updated. Keep checking back for details.