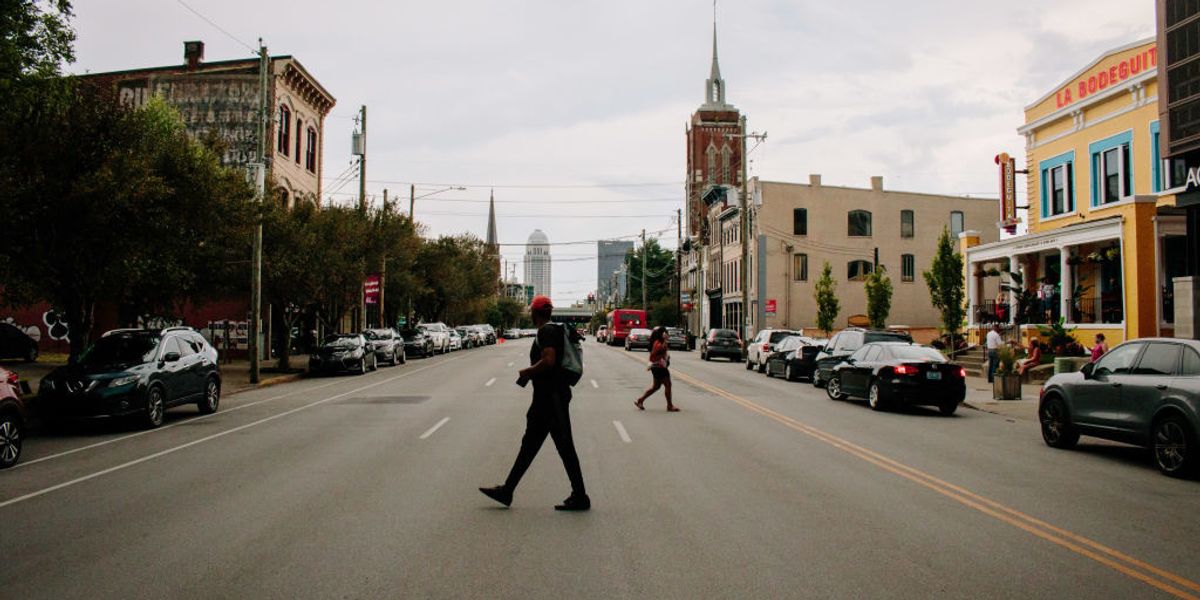 An activist group is threatening Louisville business owners with possible repercussions if they fail to submit to their list of social justice-related demands.

Phelix Crittenden, who is allegedly the “lead supply organizer for BLM Louisville chapter,” created a group called “Blacks Organizing Strategic Success.” Its website claims to be a “creative cooperative designed to level the playing field” and “empowering minorities with business resources & networking opportunities.”

Fernando Martinez, a partner of the Olé Restaurant Group, believes the group uses “mafia tactics” to intimidate Louisville business owners. Martinez, who is a Cuban immigrant, became incensed after his restaurant, as well as other businesses, were given a list of demands from the activist group.

Businesses in East Market District of downtown Louisville, also known as NuLu (New Louisville), were given a list of demands such as:

The Blacks Organizing Strategic Success website created a “Social Justice Rating System,” where businesses are given a grade for how many of the demands they submit to. The organization gives businesses a sort of social credit score, “Ally,” “Complicit,” and “Failed.”

“We’re holding Louisville businesses accountable, and we’re starting in Nulu. We will give businesses the standard 25-30 days to remedy any violation,” the site states. “We will offer them a realistic opportunity & resources to raise their grade.”

If business owners who do not comply with the demands, “protesters would respond by launching negative reviews and social media posts about the businesses,” according to WDRB-TV.

“I hate the word demands,” Rick Murphy, the president of the NuLu Business Association, said. “It’s bullying, it’s mean. We look at what they’ve given us as goals. I don’t embrace demands from anyone. No one can demand something of me, particularly if they accompany that demand with some sort of threat or doing harm to businesses. Right now is the wrong time to try to do harm to businesses.”

Some NuLu business owners were happy to agree to the terms, including Angie Garner, who is the owner of Garner Narratives, an art gallery. Garner even signed a contract, “addressing the gentrification of Clarksdale with some modest steps forward.”

“I knew not to get distracted by any impulses toward hand-wringing and defensiveness, just get busy,” Garner told the Courier-Journal. “It’s important to stay clear that what matters is what happened to the people in Clarksdale, and what opportunities and resources can be made available to Black Louisvillians.”

“Maybe that history will help business owners here understand why it’s not nearly enough, just to be welcoming to Black people who are looking to spend money with them,” she said.

Murphy said that he believes the group’s demands are legitimate, adding that he and other business owners had failed the black community when it comes to making NuLu inclusive for everyone, according to the Courier-Journal.

“I as an individual and we as a group totally endorse what they want,” Murphy said. “We consider those valid goals that we hope to meet in the relatively near future.”

However, Martinez and other Cubans do not plan on giving in to the demands.

Martinez said several protesters presented him with the list of demands and warned that he “better put the letter on the door so your business is not f***ed with.”

“There comes a time in life that you have to make a stand and you have to really prove your convictions and what you believe in,” Martinez wrote on Facebook. “… All good people need to denounce this. How can you justified (sic) injustice with more injustice?”

Martinez responded that as a Cuban immigrant with black relatives, he does not need diversity training.

“Although our community has achieved great success in this city, we continue to miss our homeland, our neighborhoods we grew up in and our families we left behind. We did not want to leave all of those, but we had to,” Luis David Fuentes said. “We had to escape the socialist government that took away our grandparents’ private businesses in 1959 and continue to restrict our civil and political rights today.”

Fuentes said so many Cubans risked their lives for “freedom, respect, and prosperity” in America, but now these values are under attack “because of the diffusion and expansion of Marxist ideas.”

Martinez held a rally at his La Bodeguita de Mima restaurant on Sunday afternoon with American and Cuban flags displayed. Supporters held up signs that read “No 2 Socialism In America,” and “Justice 4 All.”

“How can I be called a bigot and a racist when my family is black? When my son is gay?” he asked. “I’m the proud father of a gay son, and I’m gonna fight for him against anybody.”