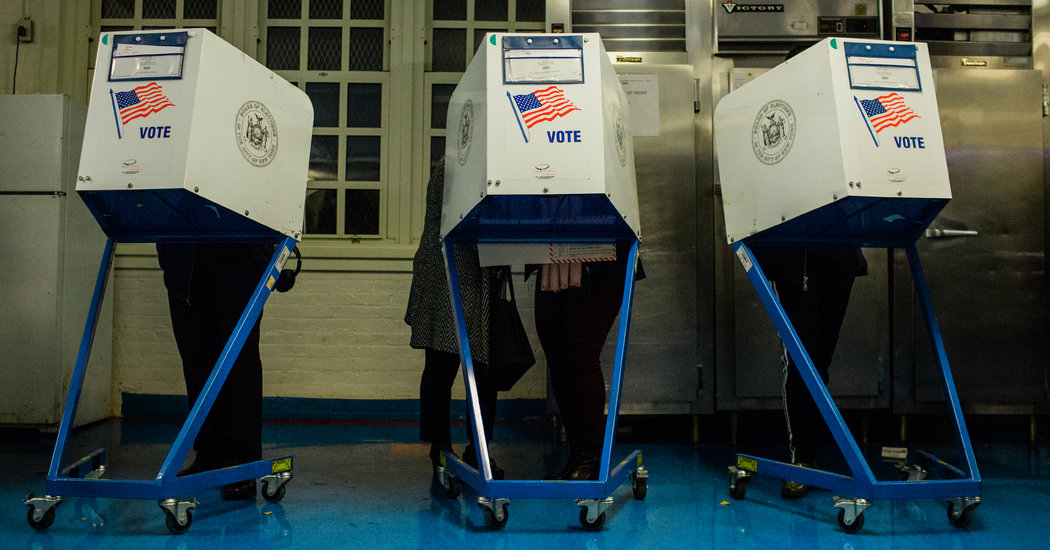 New York will postpone its April 28 presidential primary until June 23, Gov. Andrew M. Cuomo announced on Saturday, buying time for the state to administer an election as it struggles to respond to the escalating coronavirus outbreak.

A primary for state legislative and congressional races had already been set for June 23, and now all of the state’s primary elections will be held on the same date, he said.

Ten other states, as well as Puerto Rico, have rescheduled their primary elections as the campaign calendar has been upended by the outbreak, citing guidance from health officials who have urged people to avoid gathering spots, including polling places. A handful of other states have switched to voting entirely by mail and have extended deadlines for doing so.

Under rules set by the Democratic National Committee, the state risks forfeiting some delegates at the national convention for voting so late in the party’s nomination cycle.

Several other states have shifted their primaries to June 2, which has suddenly become a significant date on the Democratic primary calendar. It falls just before a June 9 deadline for voting set by the D.N.C.

In the past week, it had become apparent that holding New York’s primary as scheduled would be difficult. County elections officials throughout New York had been pressing for a delay, pointing to logistical difficulties tied to the state’s growing coronavirus crisis.

Noting that entry to many traditional polling places had been restricted and that elections employees and volunteers throughout the state had been ordered to remain home, the bipartisan organization representing elections officials in all 62 counties argued that the pandemic had rendered it dangerous to carry out the routine of preparing for an election — visiting polling sites, testing machines and printing ballots.

“Elections board around the state are risking personnel safety and health to prepare for impending elections on April 28,” the Elections Commissions’ Association of the State of New York said in a news release last Tuesday.

Some influential Democrats in New York had privately expressed hope that the election could be avoided all together, pointing out that a decision by Senator Bernie Sanders to withdraw would remove the need for a costly and logistically difficult primary vote.

The state’s Republican primary — which would also would have been held on April 28 — had been called off in March after President Trump, the presumptive nominee, was the only candidate who qualified to appear on the ballot.

Had the Democratic primary been canceled, the duty of selecting delegates to the Democratic National Convention would have been left up to the party’s state committee.

The State Board of Elections had explored the possibility of holding New York’s primary entirely by mail, but the board’s staff concluded that county elections offices were not geared up to process huge volumes of mail-in ballots.